Martin Hall to take the helm at Salford 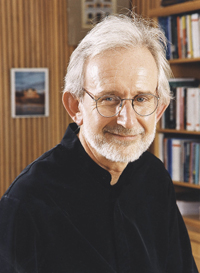 Hall will take up his new role when the incumbent VC, Professor Michael Harloe, retires next summer.

A statement from Salford reads: "During 25 years at the University of Cape Town and throughout the apartheid era, Professor Hall contributed to transforming the student demographic – with black students now in the majority, and many from the poorest communities."

Hall stepped down from his post as DVC at UCT at the end of August, taking up a position at the Graduate School of Business.

"The privilege of serving first as Dean of Higher Education Development and then as Deputy Vice- Chancellor at UCT has given me a thorough grounding in the challenges of leading a contemporary university.

"We'll be keeping lots of connections with Cape Town and UCT, and I hope that some of these can develop into institutional links. Higher education is a global sector and is getting more interconnected every year, and I see the Salford opportunity as part of the network that connects us all."

The University of Salford is situated near the Manchester city centre, which has the largest student population in Europe. Over 70 000 students live and study in Manchester, with approximately 19 000 of these enrolled at Salford.

Founded in 1896, Salford is a described as a "cosmopolitan institution with a first-class reputation for real-world teaching and groundbreaking research".

Hall is looking forward to strengthening Salford's reputation as a "welcoming, inclusive university".

"Access to universities is a priority for me and it is important that we seek out talent from across the world and celebrate the richness of diversity."

Dr Alan Mawson, Salford's Chair of Council, added: "I am delighted that we have secured the appointment of Martin Hall to succeed Professor Michael Harloe as Salford's next Vice-Chancellor.

"Appointing someone as principled, committed and capable as Martin is a real coup for the university and we have confidence in his experience and ability to lead Salford at this exciting time."