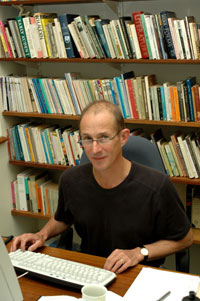 Titled The Light Echo and Other Poems, this is Watson's first new collection since 2002's Selected Poems. It takes its title from the astronomical phenomenon which occurs when light from an exploded star is reflected off the dust surrounding that star, sometimes for months or even years after the event, before travelling to Earth.

The central poems in the book deal with the continuing impact of experiences that have occurred many years before in protagonists' lives, dilemmas that human beings can face in their intimate relations with others.

Watson prefers not to talk about his own work; nor does he give poetry readings. One of the reasons, he says, why poets involve themselves in the often exhausting, protracted fiddle with language is to ensure that any reader should be able to hear how the poet would read his work, even if long dead.

But early reviews of The Light Echo and Other Poems would seem to confirm what his publishers, Penguin, have already claimed for this book: "a collection which, in its limpidity of style, its power to stimulate the mind and emotions at once, as well as its ability to give life to the imperceptible, has not been excelled in South African poetry to date."

A collection of Watson's essays, provisionally titled The Heart of Albert Camus and Other Essays, and including pieces on writers as various as TS Eliot and Dante, is due out next year.