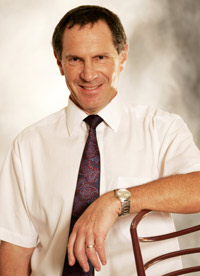 The prestigious accolade recognises Horwitz's contribution as a Review Board member for The Journal of European Industrial Training.

Emerald is the world's leading publisher of management journals and databases, and currently publishes over 180 journals. The Emerald Literati Network consists of all authors, editors and editorial board members who have contributed to Emerald journals since 1991, when it was formed.

Horwitz said he was delighted and honoured to have received the award, adding that it is also a tribute to UCT's strong research-led culture.

Steve Burgess, Professor of Business Administration in Marketing and Research Director at GSB, said the awards recognise the sustained, high-quality contributions of reviewers, and Horwitz's accolade will have a considerable impact on the regard with which the GSB is held internationally.