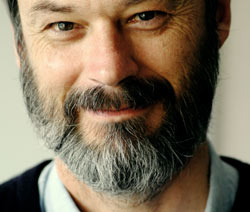 In leadership: Associate Professor Andrew Argent is one of the two UCT scholars to have been elected to serve on an international paediatric organisation.

Two UCT staff members have been appointed to senior leadership positions of an international paediatric federation, recognition of South Africa's growing contribution to the field.

At the recent 5th World Congress on Paediatric Critical Care, Associate Professor Andrew Argent, head of the paediatric intensive care unit at the Red Cross Children's Hospital, was elected as president of the World Federation of Paediatric Intensive and Critical Care Societies (WFPICCS). At the same time, Associate Professor Minette Coetzee, also at the Red Cross unit, was chosen onto the organisation's board as nursing representative for Africa and the Middle East.

The Federation was established in 1997 to improve the care of critically ill children worldwide through educational, scientific and charitable programmes. It now includes more than 25 societies, representing more than 10 000 practitioners involved in paediatric critical care around the world.

Argent said the appointments showed that the world community was interested in the issues of developing countries and the needs of their children. It was also a recognition of South Africa's contribution to paediatrics and the role it can play, he added.

Coetzee noted that one challenge of her new position would be to strengthen the development of professional nurses in Africa and the Middle East.