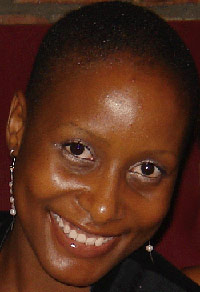 Watching relatives die of HIV/AIDS was painful for Tashinga Matindike, but it also inspired her to become an AIDS activist.

Matindike, who hails from Zimbabwe, was one of 14 recipients of the accolade at the YWCA's International Women's Summit: Women's Leadership on HIV and AIDS, held in Nairobi, Kenya, from 4 to 7 July. The women were recognised for their leadership in the battle against HIV/AIDS.

Kenyan president Mwai Kibaki presented the 14 with the awards.

Matindike was acknowledged in the Innovative Leadership category for a website she designed as a self-motivated project last year. The site has since turned out to be a useful tool for people to share their feelings and stories. One student even used it to disclose her HIV-positive status.

'I never thought it will have such an impact,' says Matindike, who had lost three family members to HIV/AIDS.

The YWCA award, which came with a $10 000 (about R70 000) grant for further work on HIV/AIDS - which she'll do at UCT and with the YWCA of Zimbabwe - follows Matindike's nomination as a finalist in the SABS Design Achievers Competition in Johannesburg in June.