A century of SRC at UCT 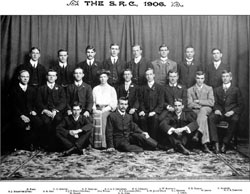 In 2006, UCT's Students' Representative Council turned 100. While there were muted celebrations in 2006, UCT will mark the centenary again this year with a number of events. These occasions will honour not just the SRC, but student leadership at UCT in general, be it the recognised student structures or, given South Africa and UCT's past, those student groups and individuals who had to operate outside of these bodies. Proceedings will kick off with a photographic exhibition that will be set up in the Robert Leslie Building on graduation day, 15 June. This exhibit will later move to other venues around campus, including Bremner and UCT Libraries. In addition, commemorations will be included in this year's Steve Biko Memorial Lecture and the Student Leadership Awards in September. There are also plans afoot for an SRC alumni lunch, the launch of an SRC trust fund and a student colloquium later in the year.

Details of these events will be available on the university website and in the media. 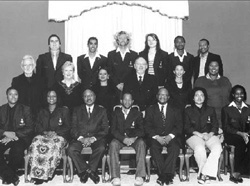 Nominations of candidates open on 30 July and close on 10 August.

This year's election theme is "heroes" adopted from the series currently playing on SABC 3, on Wednesdays at 20h30. The series revolves around the lives of ordinary individuals who find themselves with extraordinary gifts, which they have to learn to harness for the betterment of the human race.

The SRC believe this theme is appropriate as they want all students to believe that they can be leaders, and that it is not only those with outstanding capabilities that make good leaders.

The SRC is remembering its heroes whose leadership attributes emerged at universities across the country and who have risen against adversity. They will also look at UCT SRC heroes and where they are at present. The timeline for the election is as follows: