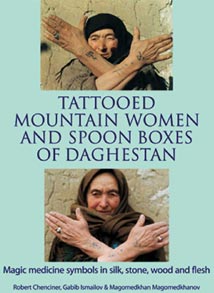 Here's something unexpected. Two book titles from UCT's stable have made it to the top six of The Bookseller magazine's Oddest Titles list, an award that celebrates "the bizarre, the strange and the simply odd" in fringe literature.

The, er, oddities from UCT are Proceedings of the Eighteenth International Seaweed Symposium, co-authored by Marine and Coastal Management's Dr Rob Anderson, based at UCT's Department of Botany; and Better Never To Have Been: The harm of coming into existence, by Professor David Benatar of the Department of Philosophy.

"I am comforted that the title of my book isn't any odder than the human condition," Benatar quipped when told of the award.

But who will pick up the laurels? The UCT contenders are up against stiff opposition, titles like The Stray Shopping Carts of Eastern North America: A field guide to identification by Julian Montague, and Tattooed Mountain Women and Spoon Boxes of Daghestan by Robert Chenciner, et al.

Last year's prize went to Gary Leon Hill for his insightful The People Who Don't Know They're Dead: How they attach themselves to unsuspecting bystanders and what to do about it.

In the spirit of things, novelist Alexander McCall Smith - of the No.1 Ladies' Detective Agency fame - has written a spoof introduction to the seaweed symposium volume, among this year's nominees.

It begins, "'Call me Kelpy,' said the man in the harbour bar."

(You can find the full text online.)

A public vote will decide the winner, which will be revealed ahead of the London Book Fair on 13 April.

"This year's shortlist shows that despite publishers cutting back their lists, literary diversity continues to flourish," says The Bookseller's deputy editor, Joel Rickett.