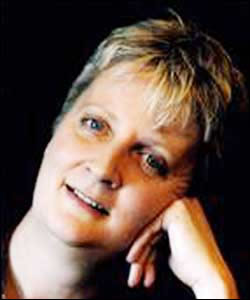 Crescendo: Jill Richards has been named to the Steinway International Artist Roster.

Jill Richards, described as South Africa's foremost performer of new piano music, has been included on the Steinway International Artist Roster, becoming just the third South African - and also the first South African woman - to be so honoured.

Richards finished her BMus at UCT with distinction, majoring in flute and piano. She then did a postgraduate diploma at the Royal College of Music in London, after which she studied with Sequeira Costa at the University of Kansas. Career highlights include performing in the Queen Elizabeth Hall in London and at the Commonwealth Festival in Melbourne.

Richards is now based in Johannesburg.

She has been widely broadcast and has released four CDs. Her latest, the complete piano music of Michael Blake, is to be released this year, with Kevin Volans' Etudes following in 2007. She is currently learning notes - some new works have been written for her (including one by Robert Fokkens, another UCT graduate), which she will perform in the UK next year.

"I will keep on playing and improving until I fall over," she says.

Richards has a curious remedy for pre-performance jitters, just so that she doesn't fall over. "Occasionally I get a little twitchy, which I fix with eating lots of bananas backstage."

With her focus now on going solo, musical integrity is, she said, as important as ever. "I believe that it's really important to stay true to the composer's wishes. The art is to combine that with the creative process."

The Steinway roster, which includes over artists, indicates high musical performance achievement. Others who have appeared on the list include the likes of Irving Berlin, Duke Ellington, George Gershwin, Vladimir Horowitz, Cole Porter, Sergei Rachmaninoff, Arthur Rubinstein and Bruce Hornsby.