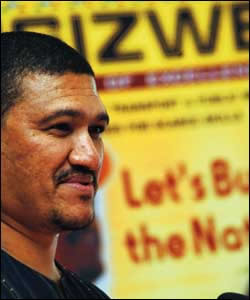 UCT's role in producing professional engineers in South Africa has been boosted with a new government initiative and an award of more than R16-million from the Department of Education.

For this reason, the Minister of Education has awarded an amount of more than R16-million to the Faculty of Engineering and the Built Environment (EBE) to enhance the faculty's capacity to produce more engineers and built environment professionals for the country. The award forms part of the national Accelerated and Shared Growth Initiative for South Africa (ASGISA ).

On October 2, the Western Cape Department of Transport and Public Works held a media breakfast at the Mount Nelson Hotel where it was announced that Masakh' Isizwe Centre of Excellence is opening applications for next year.

At the beginning of 2006, the department established the Masakh' iSizwe Centre of Excellence with the intention of making available professionals in engineering and built environment fields to the province, the country and the continent.

Professor Cyril O'Connor, Dean of EBE said in an email: "The greatest need we have is to improve the staff/student teaching ratios and to recruit more and better-trained tutors. It will also help us to manage the extra load we have assumed as a result of the university's agreement to increase intake into EBE programmes as part of our response to ASGISA and the joint Initiative for Priority Skills Acquisition initiatives."