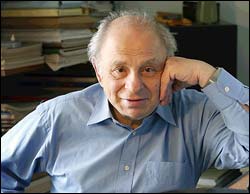 Composed: Prof Thomas Rajna has put together a versatile score for Valley Song, a new opera on at Spier.

One of the attractions at the Spier Summer Arts Festival is Valley Song, a new, indigenous South African opera with music by Professor Thomas Rajna. The libretto was adapted by Guy Willoughby from Athol Fugard's play of the same name.

The action in this work takes place just after the election of 1994 in a small Karoo dorpie, and traces the expectations and anxieties of the local coloured community, as exemplified by the 17 year-old Veronica, who, against all discouragement, is determined to leave home and make it as a singer.

The other protagonist is Buks, her grandfather, an aging tenant farmer who lives in terror that the land that his family tended for generations will be resold and he will be left destitute in spite of the "new wind" blowing in the country. He is also implacably opposed to his granddaughter's ambitions, which he regards as degrading and evil.

The opera follows the resolution of these dilemmas with humour, pathos and, on some occasions, even farce. The confrontation of an irate verkrampte brigadier and the doughty post mistress at the village post office over the matter of early Saturday closing time allows the old grudges to erupt. This scene, complete with police sergeant and chorus, is treated in an almost Rossini-like manner.

The story line demands a versatile score from the composer, with elements of Lutheran hymns, rural Karoo strains, Italian opera, and even some big band swing. The latter is heard when Veronica watches a TV talent contest of the Pop Idol kind through a neighbour's window.

Veronica's self-made songs dominate the opera, celebrating her own gifts. These songs vary from poignant to slapstick, but they always hint at a brighter future. Through her strength and her songs she redeems the weary resignation and defeatism of her grandfather, and revitalises the disillusioned author who is seeking refuge in the village and who becomes involved in their lives. (This enigmatic role was created on the stage by Fugard himself.)

Rajna's previous opera, the acclaimed Amarantha, was produced by Cape Town Opera in 2000. Guy Willoughby is a well-known journalist and author. His latest play, Church Full of Light, winner of the audience prize of the PANSA play-reading competition in 2003, had a recent run at the Baxter Theatre Centre.

Valley Song is the very first operatic treatment of the life of a rural coloured community. It strikes the same chord in a contemporary South African context as Gershwin's Porgy and Bess did in the America of the Thirties.

Fugard said this about the opera: "I have now belatedly had the opportunity to sit down and give the video of the concert version of Valley Song the attention it deserves and what a wonderful experience that was."

This show is produced by Cape Town Opera, director Steven Stead and conductor Graham Scott. The singers featured are Angela Kerrison (fresh from her triumph at the Verona International Singing Competition), Ronnie Theys, Derick Ellis and Brad Liebl. The premiÃ¨re took place on Saturday, March 5, but there are performances on March 8,10 and 12. Book at Computicket or Spier