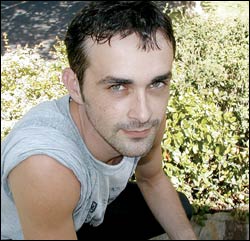 "I'm thrilled with my new position and I love the thought of the extra responsibility," said Sauer.

As Senior Artist, Sauer gets to dance the Pas de trois role in the company's upcoming performance of Swan Lake, to be staged at the Grahamstown National Arts Festival at the end of June and at Artscape from August 6 - 16.

"The Pas de trois is a very technical and hard dancing role, which involves one male and two female dancers," Sauer explained. "We train eight hours a day, six days a week, rehearsing our scenes until they reach performance quality."

For Sauer, the highlight of his career was being cast as Gurn in La Sylphide. "This production was staged at Maynardville at the beginning of the year and was a fantastic role. I thoroughly enjoyed it," he concluded.