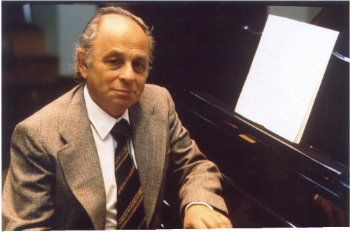 Do it yourself: Thomas Ranja, retired Associate Professor at the SA College of Music, has launched his own CD label. Amarantha Records.


HUNGARIAN-born Thomas Rajna, who retired as Associate Professor in piano from the College of Music in 1993, has launched his own recording label, Amarantha Records, named after his opera Amarantha.

In the course of his busy career, Rajna has recorded much music, and more recently there have been recordings of live performances of some of his compositions. These, however, were unavailable to the general public and Rajna decided that the only way to remedy the situation was to launch his own label.

After a year of negotiations, he released the first in a series CDs, kicking off with a double album featuring Amarantha. "Thus it was natural that the label should be named 'Amarantha'," Rajna explained. Three more issues were launched, all presenting material available on CD for the first time.