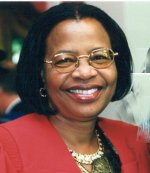 
"IT WILL take urgent and collaborative efforts to change the current trends and achieve the goal of vaccination for every child," UCT's Chancellor, GraÃ§a Machel, said in her keynote address at the Financing Vaccination for Every Child conference, held recently in Cape Town.

UCT was co-patron of the high-powered international conference (April 10 to 12) along with the University of Antwerp in Brussels and the Centre for International Development at Harvard University.

"Every year more than 3-million people die from diseases that are easily preventable through vaccination. More than two million of these are children under five years old, whose lives could have been saved through routine immunisation against childhood diseases," she said. "The vast majority of these children lived and died in low income countries."

Some countries in sub-Saharan Africa can afford less than US$2 per capita for financing health services. Authorities estimate that an additional UC$1-billion is required to ensure that all children receive the vaccines for measles, whooping cough, tetanus, hepatitis B, polio, diphtheria and Haemophilus influenzae type b (Hib).

The conference was attended by high-powered organisations and delegations, including more than 30 finance and health ministers and secretariats from Latin America, Asia, Eastern Europe and Africa, as well as delegates from over 55 countries. Machel; South African Health Minister, Dr Manto Tshabalala-Msimang; and Finance Minister, Trevor Manuel, hosted the conference.

Machel said that the world was in a better position today to safeguard the lives and well-being of children than ever before. "We know that by investing in the health of children we invest in the development of our communities, our nations and the world. No country in the world has been able to sustain rapid economic growth while mired in high levels of illiteracy, malnutrition and morbidity."

Discussing collaboration, Machel said that universities such as UCT were an important element of these partnerships. "As Chancellor I have been delighted to hear of the many innovative research programmes that various departments have initiated or taken part in, research that had led to "concrete technical support to health programmes in South Africa and beyond". She said UCT's contributions to increasing the knowledge resources to support health improvements included: