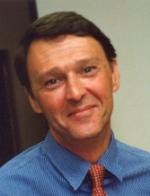 Making the system work: Brian Wood made a second appearance at the most recent Vice-Chancellor's Forum, when he discussed government legislation and policy regarding quality assurance and equity in learning.


MAKING A return appearance at the Vice-Chancellor's Open Planning Forum, Brian Wood, a senior consultant with the Learning Network, took attendees on a journey into the labyrinthine heart of government legislation and policy designed to ensure quality assurance and equity in learning.

This time around, Wood expounded on the nature of the legislative "system" and the impact that it will or should have on UCT. "I want to talk about how to translate national policy frameworks into UCT policy," he explained.

Most notably, Wood focused on the synergy between the National Department of Education's (DoE) and the Department of Labour's (DoL) joint progeny, the South African Qualifications Authority (SAQA), and the DoL's Skills Development Act No 97 of 1998 (SDA).

The primary task of SAQA is to oversee the development and implementation of the National Qualification's Framework (NQF). It does so through, among other tools, 12 National Standards Bodies (NSBs) that recommend standards and qualifications for registration on the NQF.

In turn, the SDA has led to the creation of the National Skills Authority (NSA) and the Sector Education and Training Authorities (SETAs). One of the primary functions of the SETAs is to assure quality of education and training provision in their respective sectors. Part of the motivation for these structures can be found in the government's concern that qualifications offered by tertiary institutions should be "relevant" and training equitable, Wood said. "There's a growing feeling of disjointedness between what institutions offer and what is needed."

He also posed a number of questions to those in the audience, specifically around the input of tertiary institutions into the system. "The better higher education institutions have distanced themselves from these bodies, and hoped that they would go away – but what do they do when they are affected by the system?"

The involvement of higher education institutions is paramount to the system's success, Wood said. "We are in an emerging system, and one of the dangers is that we won't always get it right – but there's room for improvements.

"I believe we can come up with a system that does what it is intended to do, but the process needs the engagement of higher education institutions."