University of Cape Town’s (UCT) engineering scientists are taking the lead in a transdisciplinary research endeavour to unpack the annual cycle of sea ice advance and retreat in the Antarctica marginal ice zone from an engineering perspective.

Due to the uniqueness of the collected field data, the very first paper by the recently established polar engineering team was accepted for publication in The Cryosphere – the highest-ranked journal in its field – focusing on all aspects of frozen water and ground on Earth and on other planetary bodies.

The 15-member team – led by Professor Sebastian Skatulla and Dr Keith MacHutchon of UCT’s Department of Civil Engineering, and Professor Marcello Vichi of the Department of Oceanography – travelled to the Antarctic ice edge at the Good Hope Line, nearly 3 000 km south of Cape Town, to study Antarctic sea ice formation in order to better predict annual and long-term changes in sea ice extent, and thus improve the accuracy of global climate-modelling predictions.

“Generally, field observations of Antarctic sea ice in winter are extremely scarce due to the challenging access and its remoteness,” said Professor Skatulla. “And the study of Antarctic sea ice has long been the domain of oceanographers, climatologists and geologists. But besides the influence of temperature, sea ice formation in winter and its break-up in spring is the result of interaction with the rough Southern Ocean surrounding the Antarctic continent. The sea ice dynamics due to its interaction with waves and wind, and the collision and fracture of ice sheets, can only be accurately modelled and predicted by means of fluid and solid mechanics principles. These models, however, require as input the mechanical properties of sea ice which can only be obtained in the field.”

The research paper’s publication is sure to garner international attention, as mechanical properties of Antarctic sea ice in winter have never been published before. “This aspect of research has been completely overlooked so far, which is probably why we managed to get our article immediately published in the highest-ranked journal in the field, despite us being relative newbies in this field of research. Still, it was a perfect opportunity to make a name for ourselves and for UCT,” said Skatulla.

Although the key Antarctic research trip took place in winter 2019, the research had been ongoing since 2016, when Dr MacHutchon approached Skatulla with his idea for creating a polar engineering research team that would ultimately include civil, electrical and chemical engineers, and oceanographers.

“I’m a structural engineer who had never worked in polar research and never did any field or experimental work before – at the time my focus was on modelling the mechanics of the human heart. Dr MacHutchon had prior contacts to the Department of Civil Engineering at UCT but his idea was initially perceived as rather adventurous, if not crazy. Therefore, he was referred to me because I was known to be quite open-minded. He showed me ten slides … as he explained how structural engineering could play a key part in helping to expand our understanding of Antarctic ice and its effect on global climate. I was quite intrigued, and we started laying the groundwork almost immediately.”

“Dr MacHutchon’s idea was initially perceived as rather adventurous, if not crazy.”

An important part of the research trip would involve lifting “pancake ice” floes (newly frozen discs of ice of about 3 m wide and weighing about 3.5 tonnes each) floating at the advancing outer edge of the Antarctic marginal ice zone. The extracted ice cores from the floes would then be analysed for temperature, salinity, texture, anisotropic elastic properties, and compressive strength. The structural design of the device needed to successfully and safely lift the pancakes – which weigh as much as a small truck – from the water. This was where the team’s transdisciplinary approach paid off.

“I designed the pancake-lifting equipment, which consisted of steel cross and spreader beams, and heavy-duty net. As far as I am aware, the collection of pancakes was only done once in the Antarctic, using a small 1 m2 basket, on the third leg of the Polarstern expedition ANT-XXVII in mid-April 2000. But it’s the first time that bigger free-floating pancake ice floes were successfully sampled from the ocean.”

Although the physical properties of Antarctic winter sea ice – such as its salinity, density and texture – have been studied, there is an almost complete lack of data with regards to its mechanical properties, such as elasticity, strength, and directional dependency. Skatulla and his team successfully lifted four first-year pancake ice floes, from which they took a combined 80 core samples. “In addition to these samples from unconsolidated ice conditions we also took 26 core samples from consolidated pack ice. The extracted ice cores were analysed for their textural, physical and mechanical properties.”

Skatulla explained that accurate knowledge of mechanical ice properties is important to create realistic small-scale sea ice dynamics models for the further study of how fracture and inelastic collisions of free-floating floes control ice formation in winter, and how waves, wind and currents cause the break-up of large, consolidated ice sheets in spring in the Antarctic marginal ice zone.

What the research showed

“Our research found distinct differences in the physical and mechanical sea ice properties for young, mostly granular, Antarctic first-year ice versus predominantly columnar Arctic sea ice in terms of compression strength, stiffness and directional dependency,” Skatulla said. “Further studies could elucidate the influence of environmental conditions on the seasonal cycle of sea ice growth and retreat as linked mechanical phenomena, which will ultimately help to significantly improve the accuracy of global climate-modelling predictions.” 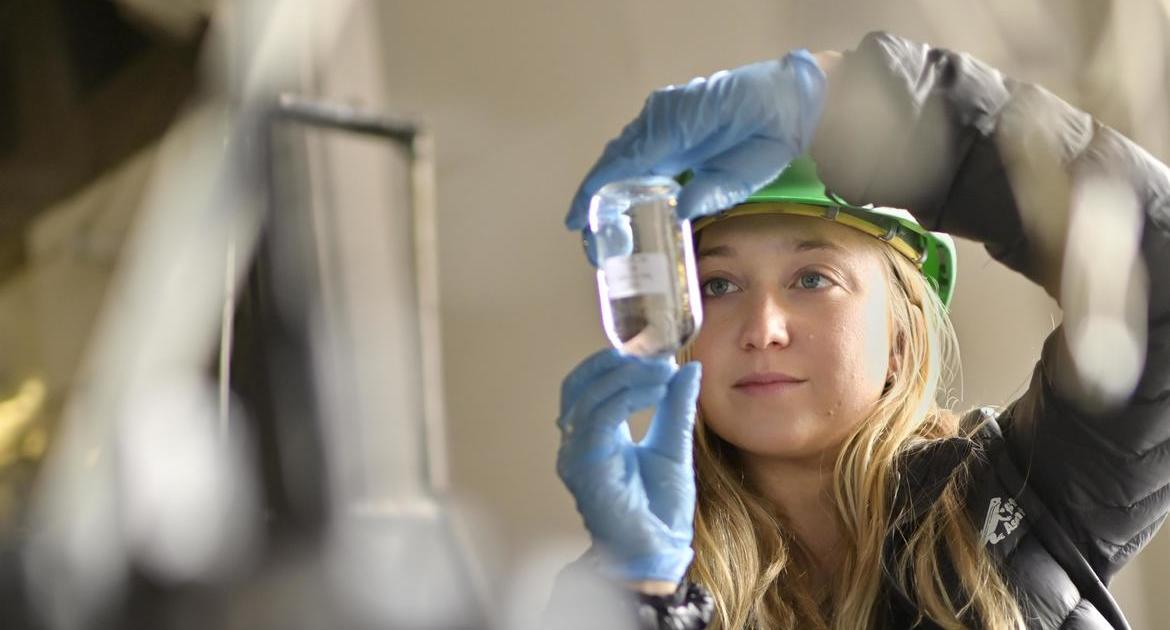 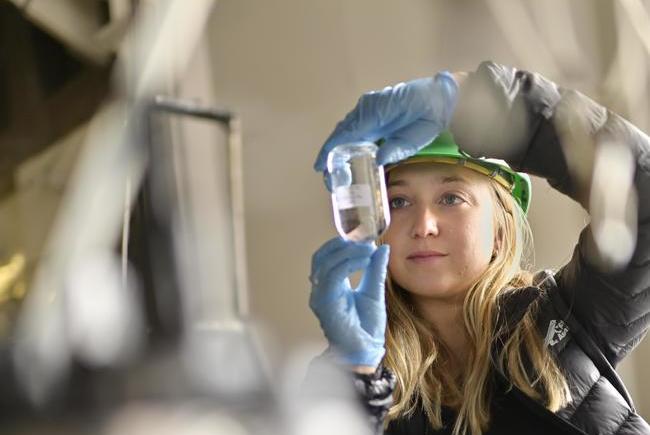 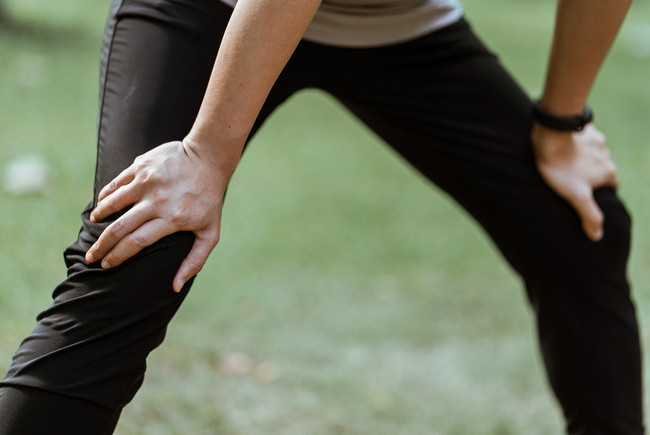 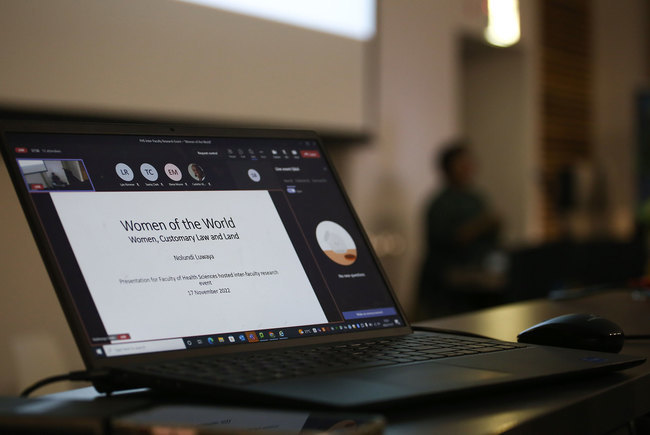 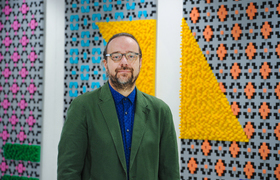 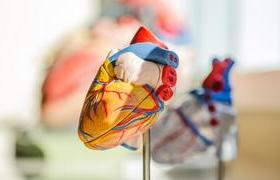