A student-led youth development programme that discourages underage drinking and intends to keep adolescents in hard-hit communities on the Cape Flats off the streets and out of shebeens will extend its work beyond the Western Cape when it’s adapted and introduced to youth in the Buffalo City District in East London.

Nyanga Yethu is a community youth development programme that encourages interaction and engagement through social and recreational activities and aims to help keep the youth “out of trouble and on the right track”. It comes as no surprise that the brain behind the novel programme is community activist and University of Cape Town (UCT) social work student Zukile Ntentema, who developed the programme in collaboration with a group of community stakeholders. The initiative was introduced in crime ridden Nyanga and Khayelitsha in 2014 and 2016 respectively. It offers adolescents and young adults the opportunity to participate in a range of social activities like open mic shows, poetry nights and variety shows (a blend of drama and art), in a safe and secure community environment. Thanks to its success in Cape Town, Ntentema has been asked to introduce Nyanga Yethu to youth in the Buffalo City District in East London. This request came on the back of the devastating Enyobeni tavern tragedy in June 2022, when 21 youth, including a 13-year-old child, were killed when a tavern party went horribly wrong.

“We need to do what we can to show them that there are so many other ways in which to spend our time instead of drinking and getting involved in all those bad things.”

“I am so happy that I have an opportunity to extend this initiative and to make a contribution to the lives of youth in the Buffalo City District. We are beset by an awful drinking culture in South Africa, and it’s especially rife among the youth. We need to do what we can to show them that there are so many other ways in which to spend our time instead of drinking and getting involved in all those bad things,” Ntentema said.

According to Ntentema, non-governmental organisations (NGOs) and community mobilisation groups in hard-hit areas lead several valuable youth development programmes during working hours from Monday to Friday. But weekends are considered the biggest challenge – when youth are not in school and get sucked into participating in illicit activities, which include accessing their local taverns and abusing alcohol.

“Violent incidents commonly take place on weekends because youngsters are idle and unoccupied. I witnessed this with my own eyes. It was important for me to get them off the street to keep them out of trouble. After much thought I came up with Nyanga Yethu, which we implemented in Nyanga as a start,” Ntentema said.

With the help of community-led organisations, a group of volunteers, the Western Cape Government and other external stakeholders, Nyanga Yethu was officially launched. And the programme was a roaring success. He said youth took to the initiative with ease and continue to enjoy the skills development programmes and other social and recreational activities on offer. Soon after the launch, Ntentema said the Western Cape Government approached him to adapt and implement the programme in Khayelitsha, and it formed part of the government’s Alcohol Harms Reduction programme – an initiative that focuses on introducing the community to tangible interventions to reduce alcohol abuse.

“I was so grateful that the Western Cape Government saw the true value of this programme and the difference it made in so many lives in Nyanga. A lack of resources is such a big problem in our communities, and it has a ripple effect. So, these initiatives are important because it gives our youth purpose,” he said.

His work didn’t end there. Ntentema said earlier this year when one of his classmates approached him and asked him to consider taking his Cape Town initiative to youth in the Eastern Cape, who were also in need of an intervention that would help to keep them off the streets and out of shebeens, it got him thinking.

Within days, as he toyed with how to approach government officials, the Enyobeni tragedy rocked the country. Ironically, he said the tragedy provided him with added motivation and a map that clearly highlighted where he needed to start – the Buffalo City District municipality. When Ntentema approached the mayor’s office, they welcomed his proposal and agreed to meet with him to understand his initiative.

“The meeting went very well. They are keen to give the programme a go. I simply highlighted their challenges and presented my initiative as a potential solution. They took to it because it’s tried and tested stuff and because they want to make a difference in the lives of youth in the vicinity,” Ntentema said.

Now the work begins. Ntentema said setting up partnerships with NGOs and community volunteers who recognise the programme’s value and who are willing to lend a hand is the first step in the process. Thereafter, organising fundraising initiatives to start and to sustain the programme and finding a suitable host venue are important items on the to-do list.

“Extending this venture beyond Cape Town and getting the job done successfully is a milestone.”

In addition, he said, establishing adolescents’ and young adults’ needs and wants are essential too. And this requires a test run programme, which will help him understand their interests and what they will enjoy. The first test run should take place at the beginning of 2023.

“The idea is not for me to stay there. The idea is that I get capable volunteers, show them what the programme entails and have them run with it. That’s what makes this initiative unique. It can be replicated anywhere,” he said. “I am excited to roll up my sleeves and to make my personal contribution. Extending this venture beyond Cape Town and getting the job done successfully is a milestone. I look forward to witnessing its impact on the youth in the Buffalo City District.”

Nyanga Yethu in Nyanga and Khayelitsha remain in operation. 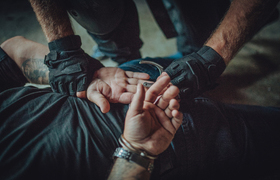