‘We must take men along on that journey’

After more than three decades of work targeting violence against women and children and a raft of globally recognised research in the field, Professor Shanaaz Mathews said one question keeps her awake at night: Have I done enough?

Professor Mathews’ inaugural lecture on 4 August surely answered that, marking her rise to full professorship. Mathews is the director of the University of Cape Town’s (UCT) Children’s Institute in the Department of Paediatrics and Adolescent Health, Faculty of Health Sciences (FHS).

She dedicated her inaugural address, “Preventing violence against children and violence against women: Mapping intersections and finding solutions in the Global South”, to the women and children who have lost their lives to violence.

“My research has been possible only because I’ve researched them as subjects.”

“My research has been possible only because I’ve researched them as subjects,” she said.

It was an uncomfortable but unavoidable topic at the start of Women’s Month and a reminder in the faculty’s 110th year of how much remains to be done, said the dean of the FHS, Associate Professor Lionel Green-Thompson, in his welcome.

Mathews’ academic reach saw her appointment to the Lancet Commission on GBV and Child Maltreatment, set-up by the prestigious medical journal The Lancet with the aim of providing recommendations that change health policy or improve practice. She is also an International Advisory Board member for the United Nations Children’s Fund (UNICEF) Innocenti Research Office’s Multi Country Study on the Drivers of Violence.

Her career is marked by many firsts and other milestones.

She was co-principal investigator on the national study on Femicide in South Africa (1999 and 2009), which flagged the country’s shameful intimate femicide rates. The study was influential, she said.

“We used intimate femicide gun data from 1999 in submissions to influence the Firearms Control Amendment Act of 2006.”

This study highlighted that South Africa has the highest reported rate of intimate femicide globally.

Her work resulted in changes in the laws governing corporal punishment.

“For more than a decade we advocated to end corporal punishment in the home,” Mathews explained.

That campaign came to a head when she presented the expert affidavit for the South Gauteng High Court in June 2017. Although the court judgement outlawing corporal punishment in the home was appealed by Freedom of Religion in South Africa, the Constitutional Court later ruled that the “common law defence of reasonable and moderate parental chastisement of children” is unconstitutional.

Mathews led the first national study on child homicide that provided the first estimates of fatal child abuse and showed weaknesses in the criminal justice system with cases falling through the cracks and perpetrators not being held accountable.

This led to a pilot and evaluation of the effectiveness of Child Death Review teams at two sites in South Africa. The project was later expanded across the Western Cape Province to bolster health and child protection services and has become a routine practice.

Through the child death reviews, Mathews is working with postgraduate students on various aspects of child deaths. One project aims to understand the risk factors associated with sudden unexpected deaths among infants as the critical point to reduce under-five mortality in South Africa.

Mathews had never imagined this trajectory. Her beginnings at UCT mirrored the restrictions of the apartheid era. In 1982 when she matriculated from Harold Cressy, black students needed a permit to study social work at UCT. Becoming a professor was not in the 17-year-old’s realm of possibilities.

“I see myself as an accidental academic.”

“I was thrown in the deep end, but it made me understand the power of evidence to shift legislation and policy.”

She learnt early how to define a space for herself as a practitioner, activist and researcher. As an activist in the early 1990s, Mathews saw the power of “collaboration and the collective” of civil society in changing the lives of women and children.

From the onset, she learnt the importance of credible data. In 2000 at the Special Session of the General Assembly on “Women and Gender Equality” (Beijing +5) at the United Nations in New York as a young researcher she presented her data on the national budget allocations for implementation of the Domestic Violence Act of 1998.

“I was thrown in the deep end, but it made me understand the power of evidence to shift legislation and policy. It was an opportunity to show the importance of our work in the Global South.”

Mathews has tackled tough issues, and interviewing men in prison convicted for killing  their partners was a means to deepen her understanding of the causes of men’s pathways to violent behaviour, she said.

“Legislation is not enough to shift women’s experiences.”

“Women need to be at the centre to bring about change, but we must take men along on that journey. Legislation is not enough to shift women’s experiences.”

The evidence shows multiple pathways: gender inequities and patriarchy in South Africa combined with the prevailing socio-cultural context “provides the space for men to be violent” towards women. Guns, alcohol and drugs are also drivers.

The stories were familiar; childhoods that were “rough” and “hard”. Men got little positive attention from their mothers, while fathers were absent or emotionally uninvolved, which profoundly affected the way men viewed themselves. Without other role models, many sought affirmation outside the family – in gangs or criminal activity.

Violence makes children especially vulnerable in their homes, schools and communities. The Childhood Longitudinal Study that had tracked 2 000 children born in Soweto in 1990, showed that 99% of the cohort had experienced or were exposed to violence, Mathews said.

“This intergenerational cycle is driving our high levels of violence. These pathways must be disrupted,” she added.

There is an urgent need to invest in evidence-based prevention interventions to break this cycle of violence.  Here Mathews is the technical lead for the What Works II research consortium, a £20 million pound Foreign, Commonwealth & Development Office-funded programme of work to build an evidence base of “what works”. This aims to prevent violence against women and children at scale. Through her involvement in the consortium, UCT  is playing a leading role in this initiative. This programme aims to unravel what it takes to scale up violence prevention efforts, translate proof-of-concept evidence into robust largescale programmes and design and test new violence prevention approaches in the Global South. The programme of work also aims to shift global debates and raise the voice of the Global South as critical partners in preventing violence against women and children.

To close, Mathews outlined a six-point call to action:

Her last point was a call to the university and her colleagues.

“For all of us sitting in the room ... the biggest challenge is around changing the norms and behaviours that drive violence. We’ve got to think about our own practices, not only our ways of being, but how we can shift that and hold the university liable: to think big about building the next generation of engaged scholars that will tackle the complexities of the task.” 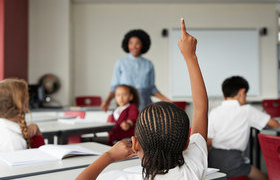 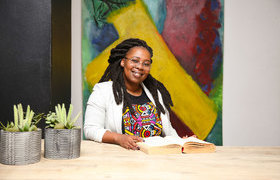