Must Fall exhibition: “Lest we forget, there are wounds…”

“Lest we forget, there are wounds,” Pura Mgolombane, the executive director of the University of Cape Town’s (UCT) Department of Student Affairs (DSA), reminded the audience at the 3 May opening of The Aftermath Exhibition: Violence and wellbeing in the context of the student movement.

The travelling photovoice exhibition tells the stories of students who were caught up in the Rhodes Must Fall and Fees Must Fall (Must Fall) campaigns of 2015/16, either as observers, victims or perpetrators. The exhibition is a curation of 34 powerful images and accompanying story captions and was hosted by the DSA in the Molly Blackburn Foyer from 3 to 5 May. The opening was followed by a panel discussion, “Restoring Wellbeing After Protests: Lessons from #FeesMustFall”, on 4 May.

Curated by Carl Collison, the curation is the culmination of a broader 2019/20 research project by Professor Thierry M Luescher, the research director of the Human Sciences Research Council (HSRC), Dr Keamogetse Morwe of the Department of Gender and Youth Studies at the University of Venda, and students from the photovoice movement.

Photovoice is described as a “participatory action research method through which members of a community come together in a facilitated process to produce stories of change in and about communities. These stories are based on photographs accompanied by captions or longer narratives created by participants”.

At the opening, Deputy Vice-Chancellor for Research and Internationalisation Professor Sue Harrison welcomed the speakers and guests on behalf of Vice-Chancellor Professor Mamokgethi Phakeng, who was abroad. Speakers included members of the UCT Students’ Representative Council, Rhodes Must Fall and universities that participated in the photovoice project.

The visuals were selected and curated from more than 100 images produced as part of a the HSRC’s 2019/20 research project. The themes that emerged during the curation process were primarily protest and violence, oppressive spaces, safe spaces, patriarchy (and the defiance of it), fear, escape, trauma, unity and well-being.

As one speaker at the opening noted, UCT, University of the Witwatersrand and University of Johannesburg Must Fall stories have been told. However, the stories of students at the five participating institutions have not.

The exhibition thus offers a compelling view of the lived experiences of many black students across South Africa and raises awareness about unhealthy levels of violence and trauma on university campuses and the impact on student well-being, specifically during the Must Fall campaigns. These are the “wounds” Mgolombane referred to.

The significance of bringing the exhibition to UCT is that the Must Fall campaigns started here in 2015.

The exhibition aims is to bring violence on campuses to the forefront at government level and among higher education policymakers and university leaders. Inherent is a clear message for higher education institutions: expand student counselling to better support students who struggle with mental health issues.

In her opening address Professor Harrison noted the conflicting juxtaposition of “violence” and “well-being”.

“It may sound strange, but it is an apt description of the nature of those turbulent and disruptive years, the issues that were raised by the protest movements and their effects on students and staff members in higher education. We know that, for many, aspects of these issues live on.

She continued, “The central role that universities play in shaping society, in generating new research and innovation, in training new scholars, and in producing leaders, makes ongoing reflection and debate about our institutions essential. This is even more important when the subject matter is difficult and painful, as the sub-title of the exhibition suggests.”

“So often harsh enemy lines are drawn between these constituencies when, deep down, the sides seek the same final solution.”

The exhibition also highlights the importance of the multi-faceted relationship between the leadership of universities and the students they serve.

“So often harsh enemy lines are drawn between these constituencies when, deep down, the sides seek the same final solution – their path, process and narration apparently deeply opposed.”

Implicit is a call for more dialogue and much stronger partnerships between university administrations and students.

“[These are] partnerships that work towards the prevention of violence and the creation of conditions that foster well-being, even as we negotiate and respond to necessary change. Partnerships that don’t need violence as a trigger to action. Responsive partnerships of caring and mutual respect.”

Harrison alluded to the importance of the larger body of HSRC research that the exhibition is part of.

“This seeks to study the new student movement in South Africa, within several thematic areas including the nature of protest action and higher education policymaking. This is important work, and we look forward to further engagement with this new scholarship as it emerges.”

Reflect on our humanity

Wrapping up, Mgolombane added, “The exhibition calls upon us to reflect on our humanity. It invites us to care about the well-being of students in general but with specific focus on those students who experienced violence, like those who were part of Fees Must Fall [FMF].”

He added, “It challenges us to be kind to one another and to have compassion enough to avoid and even prevent exposing each other to the extreme levels of violence we witnessed during the FMF. For UCT DSA as a contribution to the ‘aftermath’, we say we need to put all our efforts to ‘liberate the soul’ for the well-being and flourishing of our students (and staff) in order to be able to unleash the human potential for a fair and just society.”

The project was funded by the National Research Foundation and the Andrew W Mellon Foundation.

Access information about research outputs and the exhibition-related book. 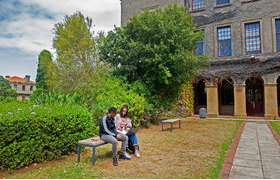 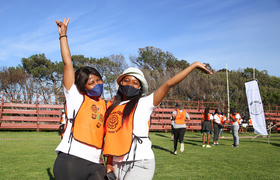 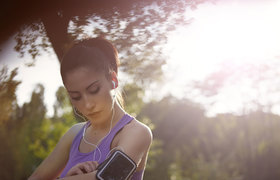 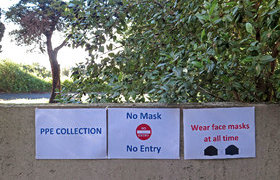