Freedom Day 2022 marked the 28th anniversary of the birth of South Africa’s democracy. To celebrate the occasion, Vice-Chancellor (VC) Professor Mamokgethi Phakeng hosted a luncheon for the University of Cape Town (UCT) Semester Study Abroad students at her Glenara residence.

After 46 years of apartheid and nearly 300 years of colonial and separatist rule, 27 April 1994 signified the end to our nation’s collective long walk to freedom. On the day of the first free and fair elections, nearly 23 million South Africans of all races went to the polls to exercise their right to vote.

Speaking to the international students, honorary guests and UCT staff who had gathered on the lawns at Glenara, Professor Phakeng explained that part of the motivation for this celebration is that it would have been near impossible prior to those elections. Not only because of the assorted races and ethnicities of the attendants, but also because of their diverse nationalities.

“This is one of the things that we must celebrate about our freedom; the fact that we can now interact with and relate to the rest of the world.”

“There is something that our democracy has done for us, and it might not be that obvious. If not for that election on 27 April 1994, we would not be sitting here. Not because we are black and white and Indian and coloured, but because we – as South Africa – were closed off to the world. There was a cultural boycott.

“So, this is one of the things that we must celebrate about our freedom; the fact that we can now interact with and relate to the rest of the world. That is why we have invited you here to celebrate this day together. I want us to look back as we celebrate Freedom Day at how we related with the world before, how the world saw us and what those elections changed for us in how we connect with the world,” she said.

South Africa as part of the international community

While the work of the many South Africans who fought for this hard-won victory cannot be overshadowed, Phakeng highlighted the need to acknowledge the role the international community played in helping to ensure that we moved towards an emancipated society.

“As South Africans, we sometimes struggle with the discomfort of acknowledging the role of foreign countries in our country. That’s because there is a tendency to feel like the world is here to take. However, we wouldn’t be here if many of the countries that you come from did not stand with us as we fought against that oppressive regime. So that is why we are here today.” 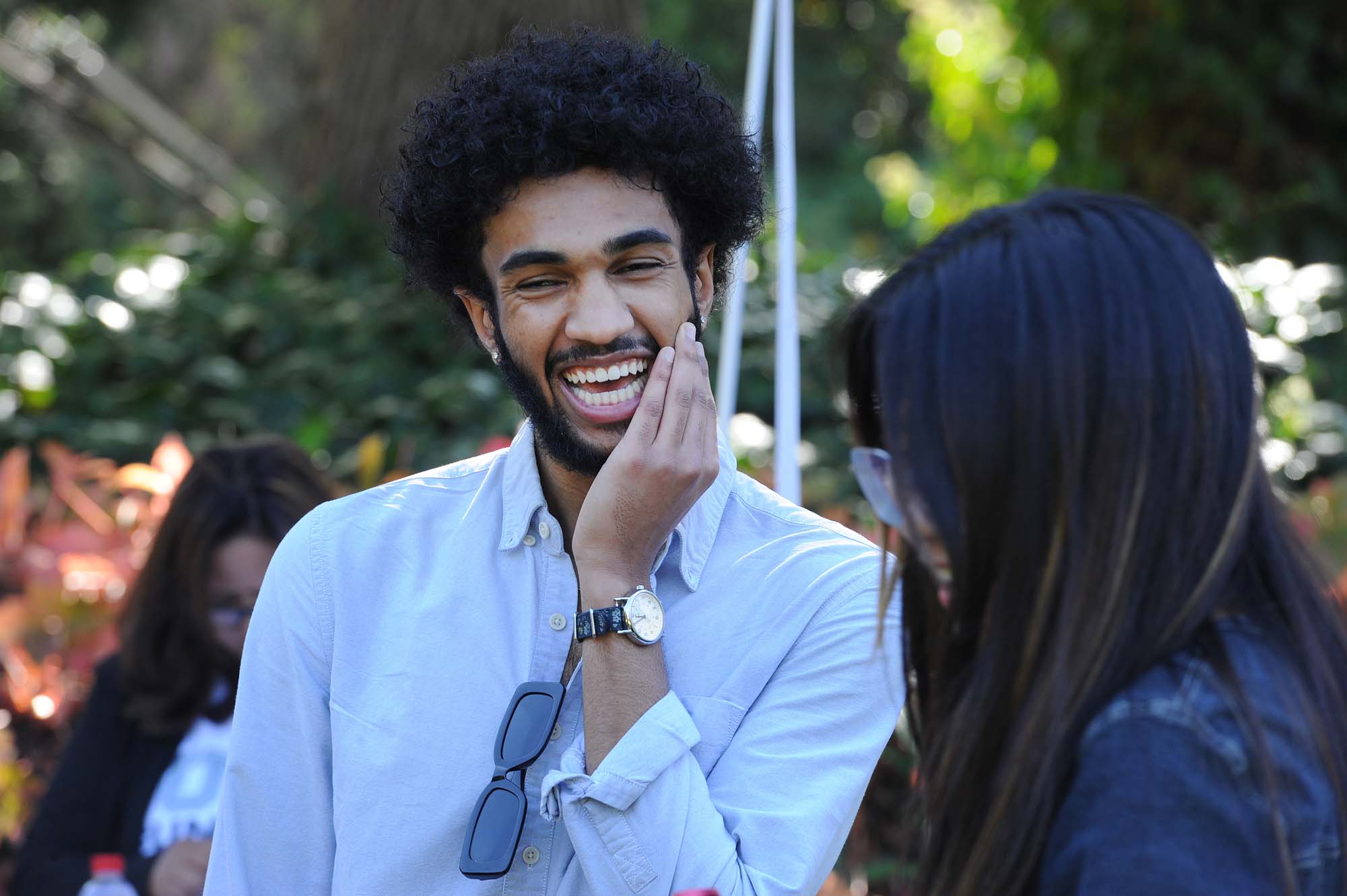 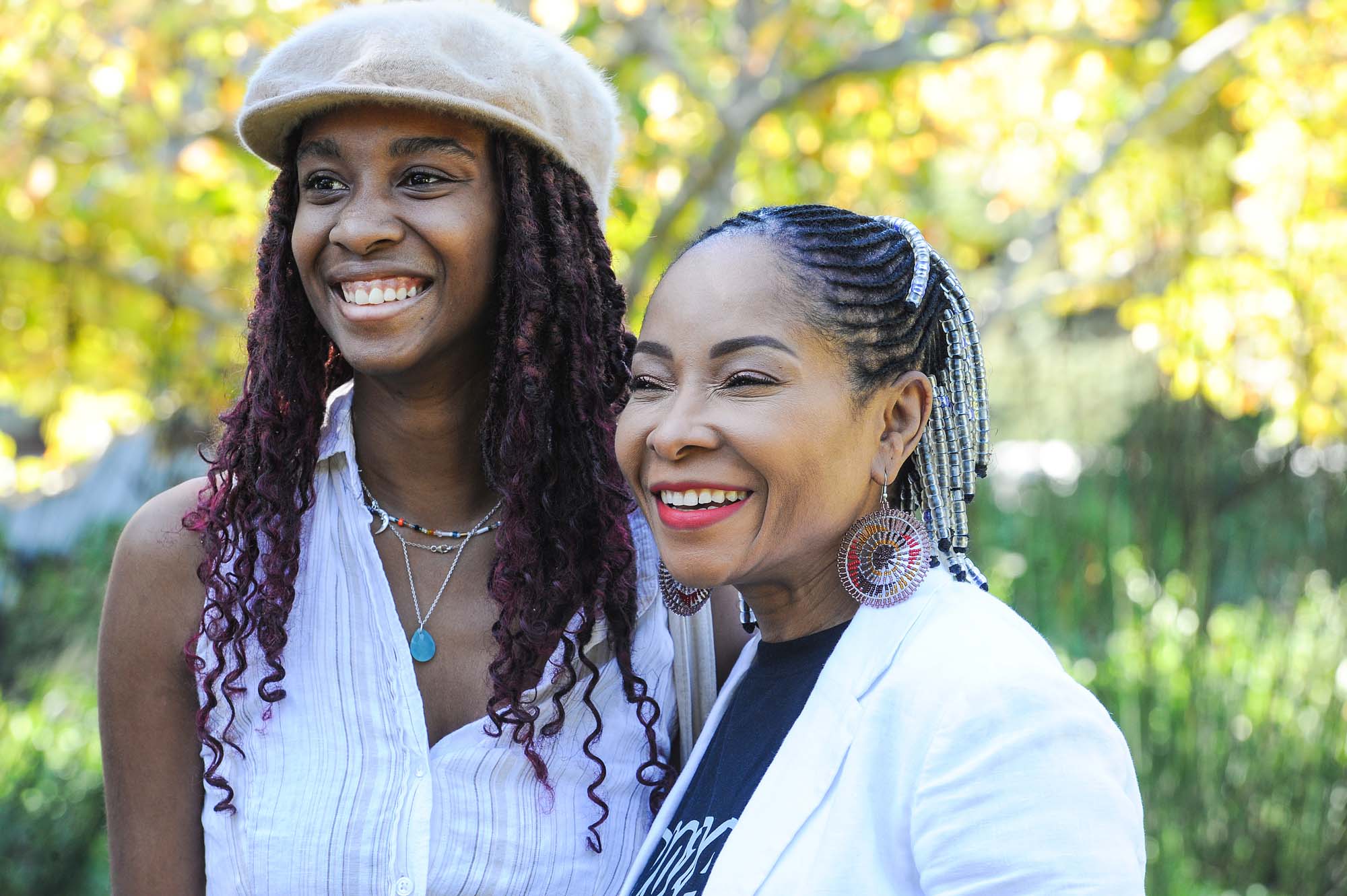 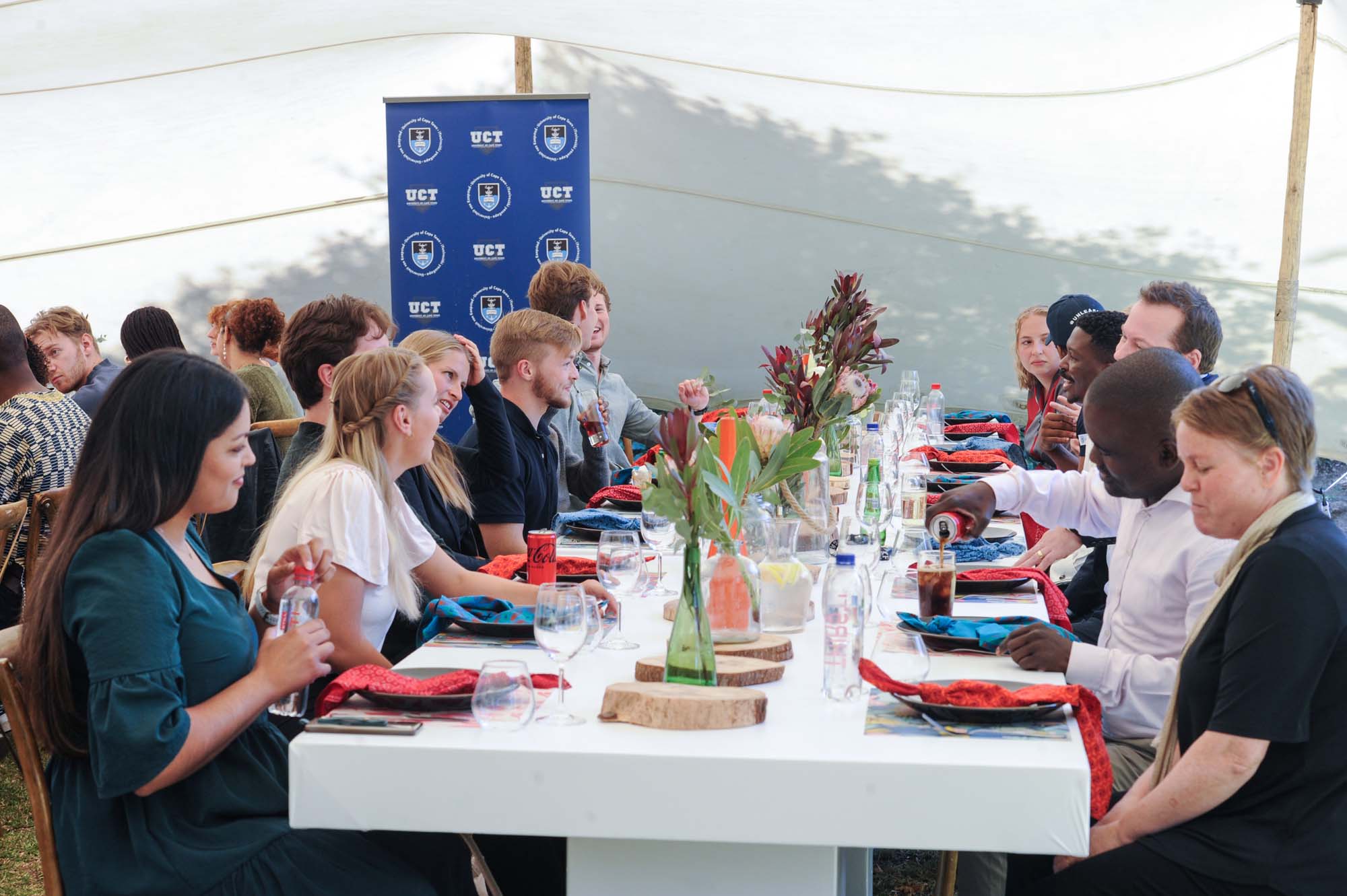 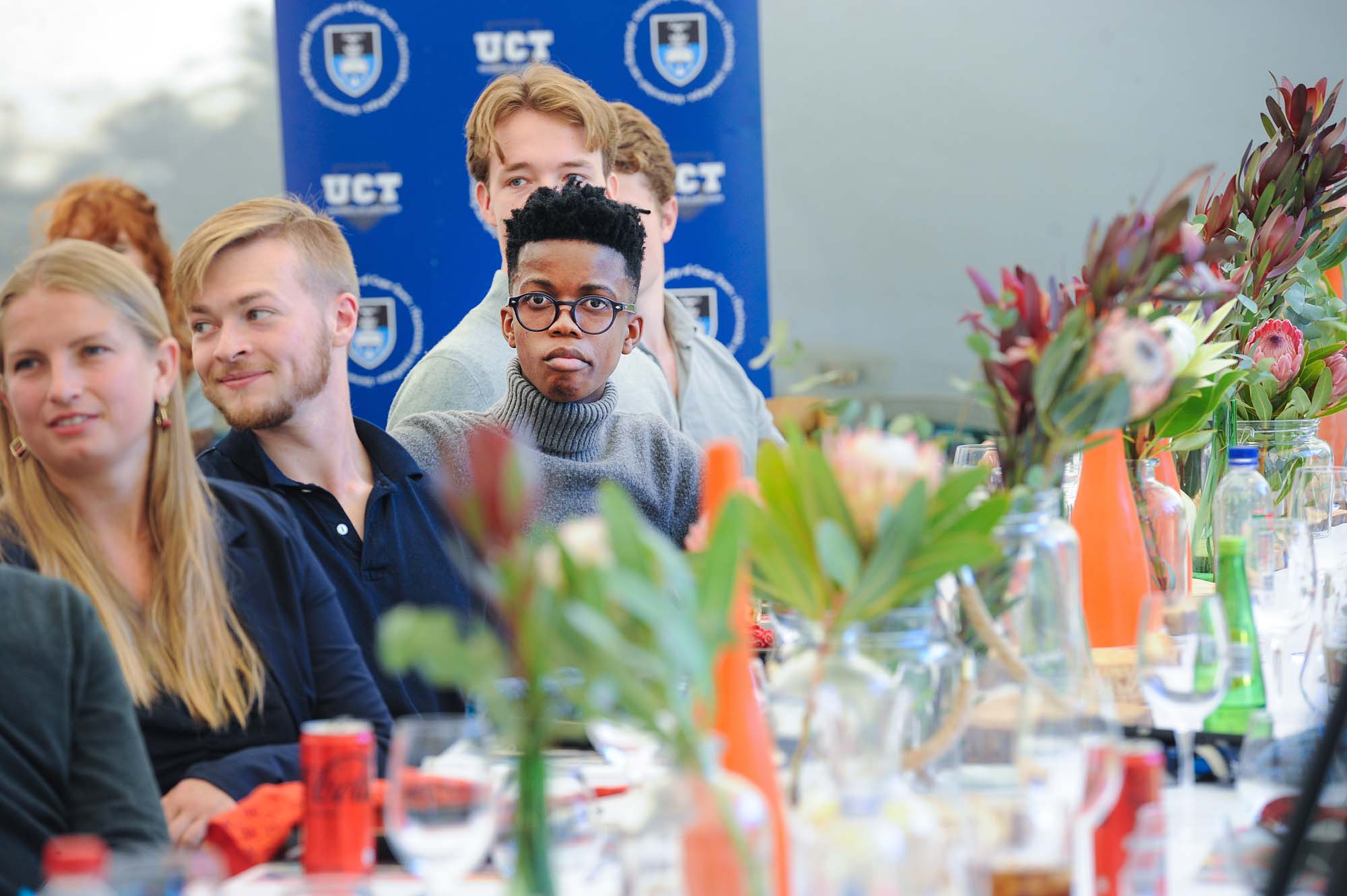 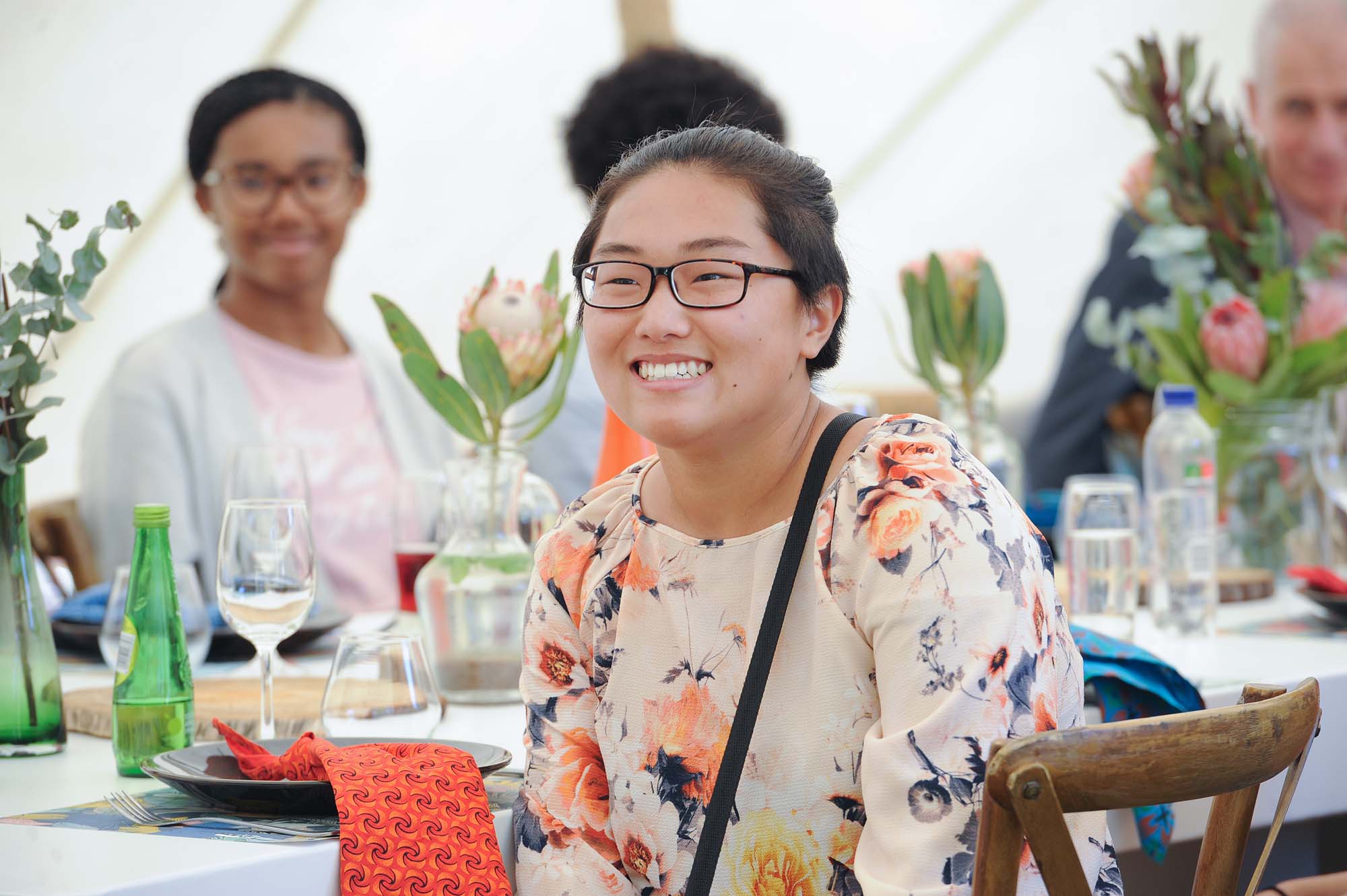 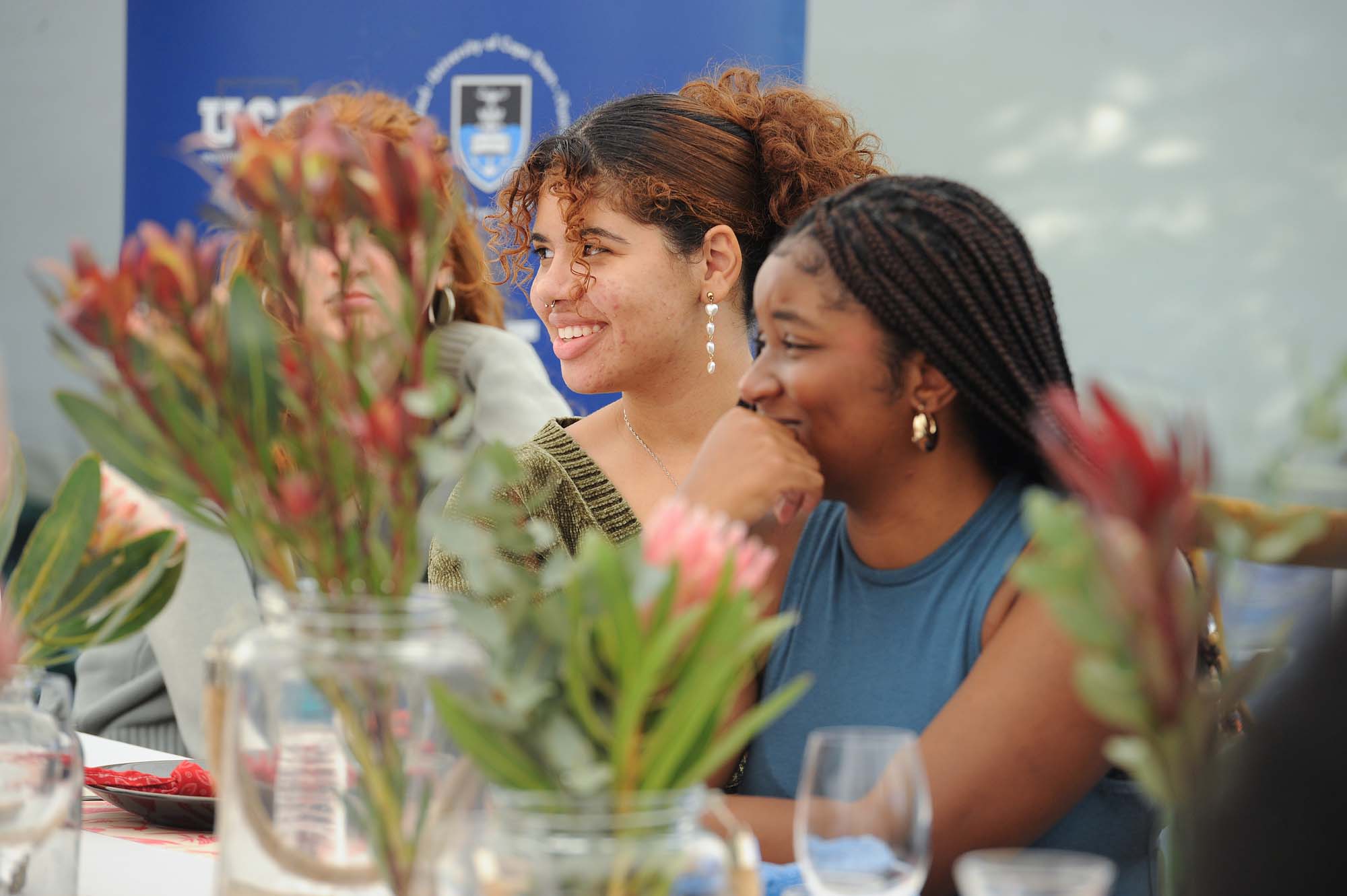 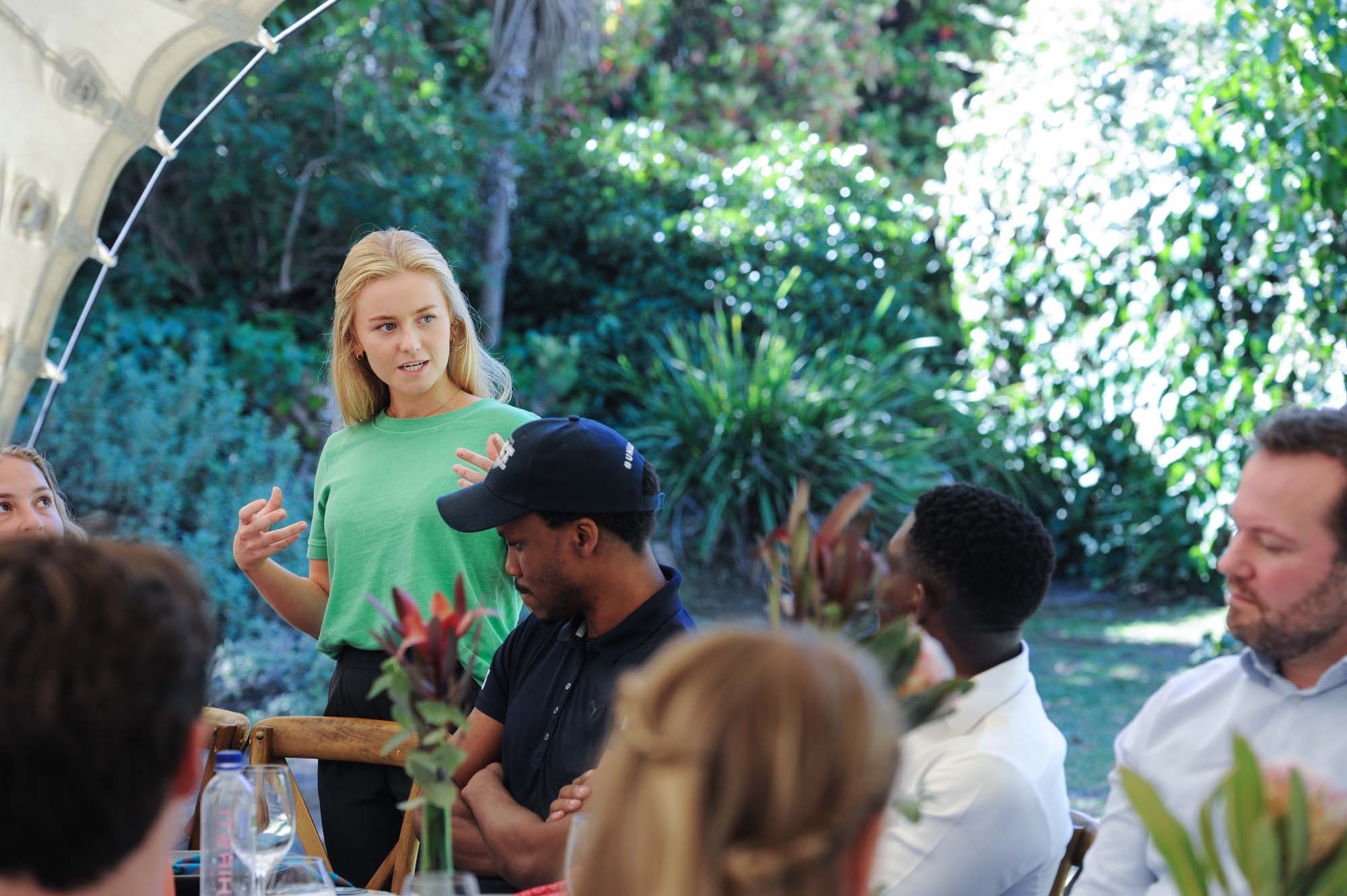 This sentiment was echoed by advisor to the VC and former anti-apartheid activist Thando Tsotsobe. “One of the pillars against the struggle against apartheid was international mobilisation. So, I feel particularly honoured that this event gives expression to that belief that South Africa, even in those darkest times, could call on support from the international community.

“Now we’re seated here surrounded by this beautiful diversity, having the full taste of what it is to interact with members of the esteemed countries from which you have all come. If this was a traditional Xhosa event, I would say ‘Please take off your jacket; this is your home too’. Please, feel at home, enjoy the afternoon and all that we are able to offer you now,” he said.

In an ice-breaker round, guests introduced themselves by pointing out those things that they appreciate about South Africa as well as those they would change. Answers ranged from heart-warming to hilarious, with Table Mountain and load-shedding both having multiple honourable mentions.

“One thing that has stood out to me being in South Africa is that it’s a country where people are very friendly.”

Counsellor for Denmark Jacob Stensdal noted that the openness and friendliness of South Africans have been an exceptional quality since coming to the country 15 years ago. “One thing that has stood out to me being in South Africa is that it’s a country where people are very friendly. The language and the way everybody speaks, everybody is friendly; you are always greeted with a smile. It’s really something to be appreciated,” he said.

Many of the students also acknowledged how welcome they have felt, both in South Africa and at UCT. However, the overall academic experience at the university has been the most noteworthy.

Kiara Hunter, an American third-year studying public health, chose UCT because of the opportunity to be challenged academically. “When applying to study abroad, UCT stood out to me because I was told it’s one of the best universities in sub-Saharan Africa. I was also told that the different teaching and learning styles here would be a bit of a challenge, and I was up for a challenge!

“I learned so much more than expected, especially in one of my gender, race and politics classes. We learned about the perception of Western feminism and gender construction in the African context. If I were home, I wouldn’t have been able to learn about feminism and gender through these lenses.”

This sentiment was echoed by numerous other guests at the event, including English literature student Mariah Zheng. “The topics here are really interesting. It gives you a great perspective to study English in a country that isn’t only English-speaking.

“We’re learning about South African authors and African authors, and taking in a lot of perspectives that I wouldn’t have had the opportunity to learn about before, like counter narratives and the effect of colonialism on literature. We wouldn’t have really covered that in the States, so I’m loving it,” she said.

Other highlights included the organisation of the Semester Study Abroad programme, which includes guidance, support and social events for all visiting students. This praise should come as no surprise following the institution’s recent ranking at 55th as the most international universities in the world, tying it with Princeton University and Carnegie Mellon University in the United States.