Through the course, established in 2018, students were encouraged to develop a proposal for PE projects. In 2021 an assignment requiring learners to create content for social media – centred on providing accurate COVID-19 information – was piloted. Based on its success, a competition component was added to the projects that groups submitted this year.

Dr Anastasia Koch, the co-director of Eh!woza, explained the evolution of the course: “Cheleka Mpande [PE researcher at Eh!woza and Immunology graduate at the South African Tuberculosis Vaccine Initiative (SATVI), hosted at the IDM], Ed Young [a conceptual/visual artist and the co-director of Eh!woza] and I lecture a Public Engagement module as part of the BSc Medical Honours techniques course. We ask the students to design a PE project to present as part of their assignments. I’ve always been impressed with the thought that goes into their work and the quality of their ideas.”

Dr Mpande added: “We wanted students to develop a product that is used beyond the classroom. For this iteration of the course, we requested they develop social media PE content centred around TB that can be used to amplify World TB Day. As a bonus, we made this a competition-style assignment with the three groups with the best PE projects not only having their content showcased on the faculty social media and the social media channels of affiliated entities, but also receiving prizes.”

There is a growing recognition of the importance of biomedical PE to expose non-scientists to the research being conducted as well as to help engender trust in biomedical science.

Dr Koch said: “The idea of the course is to encourage young researchers so that they get a sense of the value and some of the ideas underpinning PE and ethical issues to consider at the very early stages of their careers within biomedical research.”

“Science communication and public engagement are important pillars of the biomedical scientific process.”

She explained that as students progress, the hope is that they will start to see PE as a core tenet of their research programmes. And over time, this could ultimately change the culture around PE in general.

“As young researchers are being trained, we feel that it’s important to highlight that for the true impact of new health interventions to be achieved, science communication and public engagement are important pillars of the biomedical scientific process … We hope that as they progress in their career paths, they try to take part in some form of public engagement activity that aims to engender trust in biomedical science,” said Dr Mpande.

The students were encouraged to self-organise into teams that represented more than three BSc Medical Honours specialisations to offer them an opportunity to work in diverse groups and learn from each other. Seven project entries were received.

Feedback on the projects was offered by a diverse panel of nine adjudicators. To reduce bias, all group assignments were reviewed by Dr Mpande and Mitchell Gilbert Messina, Eh!woza’s resident visual artist, while the rest of the panellists reviewed up to three assignments each.

“We purposely chose a diverse panel of adjudicators, including senior and early-career biomedical researchers as well as non-academics who take part in some form of public engagement or science communication activity,” said Dr Mpande.

Created thorough an audio-visual tool, this project aimed to educate people on; TB infection, transmission, symptoms, treatment, and drug resistant TB with the goal of achieving a TB-free generation by focusing on investment in TB.

“Owing to the high number of deaths from TB worldwide and as TB is endemic to South Africa and other parts of the world, it is still a major infectious disease to combat even amid the COVID-19 pandemic,” said Sanelisiwe Fourteen, based in the Department of Pathology.

Co-creator, Jessica More, in the Department of Human Biology, added: “Information [both relevant and misinformation] travels fast and our target was to ensure that the right information is broadcast to as many people as possible.”

Zea Leon in the Department of Computational Biology explained: “As technology and research develop, this should allow for new advancements within TB research to evolve as well, but this cannot be done without funding. Our goal is synchronised with that of the United Nations, which is to increase global investments and end TB in the near future.” She added: “This research is needed for TB to allow vaccines to get developed as well as other treatment plans.”

Although they work in different fields, this group recognised that they’ll be based in clinical/research settings where they’ll be required to solve issues facing society. Their project, engaging with information around MDR/XDR [multidrug-resistant/extensively drug-resistant] TB helped them gain new appreciation for the issues most relevant in the South African healthcare setting.

“After the course our group realised how antibiotic resistance in the context of TB poses a serious threat to its eradication. We also gained an appreciation for the factors which may lead a patient to default on treatment. We created an infographic that touches on a few of the basics around this disease, and the common myths that accompany it. As COVID-19 has shown, providing information is just as important as combatting misinformation,” said Asande Vilane, based in the Department of Pathology. 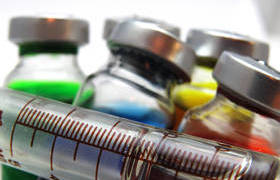 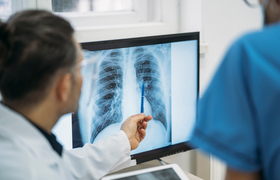 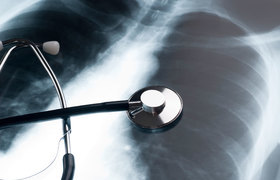 News
Study shows the benefits of a novel, short and all-oral treatment for multidrug-resistant TB 24 Mar 2022 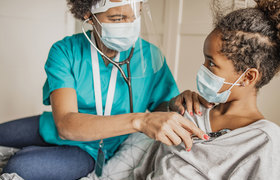