She almost left. Feeling a tension between her values and being in the Faculty of Commerce at the University of Cape Town (UCT) almost drove Professor Ines Meyer to give up her job at the institution at one point. But if she had, our society would have lost out on some very valuable research and information into living wages, decent work and the purpose of work.

Meyer – who is an academic in the Organisational Psychology section of the School of Management Studies in the Faculty of Commerce – was awarded an ad hominem promotion, making her Professor Meyer. She feels that the promotion will mainly help with “ascribing more authority” to the work she does in researching and advocating for better pay and work conditions, and thus a better life for people.

Since 2019, Meyer has been the inaugural holder of the National Research Foundation’s South African Research Chairs Initiative (SARChI) Chair in Creation of Decent Work and Sustainable Livelihood. The Chair focuses on five research streams, each led by a member in the Organisational Psychology section:

What South Africans need to earn for a decent life

Together with an international network of researchers, Meyer has co-developed and is refining a methodology to determining “living wages”, ascertaining the rand values required to enable people’s well-being.

With her findings, she hopes to influence governmental, business and societal decisions around fair and decent pay.

“We pitched what people valued and how achievable they saw it [being], against the salary they earn.”

She said current methodologies to determining living wage levels, which use a “shopping-trolley approach”, suggest the amount people need in order to live a decent life in South Africa is roughly R7 000 a month.

However, this amount becomes significantly higher if you use an approach that takes into account what people themselves consider a decent life.

“We asked individuals how important different aspects of life are to them – things like safe neighbourhoods, housing, the ability to express themselves religiously; and we asked how possible they see it [being] to achieve each of these aspects,” she said.

“We pitched what people valued and how achievable they saw it [being], against the salary they earn – and we were able to see a pivot point where it becomes possible for people to achieve the life they value. In our data collected in 2019, this lies somewhere between R12 000 and R15 000 a month.”

Getting to where she is now has been a long journey for Meyer.

She initially arrived at UCT to do her PhD in the psychology department in 2001, after having studied at Philipps-University Marburg in Germany; she attributes much of her decision to register for her PhD studies to wanting to live in Cape Town, surrounded by better weather.

“I am serious! Poor weather really affects my mood; even the colour of the sky. In Germany, where I was born, when the weather is good, the sky does not have the same blue colour. The sky also feels lower there; and with cloud cover, it feels like the sky is literally pressing down on you.”

Wanting to stay in Cape Town after her PhD studies, she joined a call centre in the city in 2004, and from there moved into her “dream job”. From 2005 to 2009, she worked at a management consultancy, a non-profit organisation that provided organisational development support to community-based organisations. It allowed her to work towards greater social justice and equality in society.

“As a lecturer at UCT, I could influence so many more people; students who go out into the working world would bring ideas of social justice into workplaces.”

Upon seeing an advertisement for an academic position in Organisational Psychology at UCT, she applied; and although through a mishap she initially found herself in an empty room on interview day, she eventually got her interview and later a job offer. But she was unsure if she should accept.

“I spoke to Floretta Boonzaier, who is now a professor in the psychology department. We had been doing our PhDs at the same time and had become friends. Her argument was that as a lecturer at UCT, I could influence so many more people; students who go out into the working world would bring ideas of social justice into workplaces.”

She accepted the job offer with the understanding that she would be able to make the difference she wanted.

“I had been working around social justice and [had] been involved in advocacy as part of my work at the NGO, and now I was sitting in a Commerce faculty. For about five years, I got increasingly uncomfortable. I felt that I was contributing to educating students who would go out and support an economic system that I didn’t believe in. Eventually, I couldn’t handle the tension anymore – I felt I was compromising my values.”

Her line manager at the time, Professor Suki Goodman, asked her to stay at least until after her six months of study and research leave.

“It made things worse! I really didn’t want to come back. I didn’t know what other work to seek, or even what else I would want to do if not being at UCT. Then, one day, when I was walking through town, I decided to just resign regardless.”

Then the Rhodes Must Fall and Fees Must Fall student protests started; and while she experienced these as very uncomfortable and stressful, they also provided validation.

“I questioned my place at the university. I struggled a lot with the question [of] if I could justify my employment at UCT as a white foreigner; was it ok for me to occupy a position that could be taken up by a black South African? It wasn’t pleasant at all, but it was important that I was forced to really engage with this issue. I also felt that the protests changed the climate within the university, and that it became more accepted to do things differently from the norm. I had been embedding my teaching in issues of social justice and the importance of sustainable livelihoods before but had felt that it might be seen as wrong. The student protest years made me more confident that it’s okay to do things differently.”

So now, in her professorship, she continues to espouse and teach the values she stands for, while continuing to ask questions about work, pay and a decent living.

“Why do people work, and why do they work for money? We work in order to live and to have a decent life. If the purpose of work for pay is to allow people a decent life, then organisations have the responsibility to allow for that. What is a decent life? It’s about dignity, isn’t it? But low pay denies people dignity.”

Training students to make an impact

“A big component (of the SARChI chair) is student support, and to create researchers for the future. The topics that we offer for supervision in master’s have to do with the impact that organisational psychology could have for society. More graduates are starting to take up jobs in areas that are outside the typical corporate career in organisational psychology. We have students [who] have gone to work for NGOs, for example.”

Her teaching approach favours teaching taking place outside the classroom.

“I don’t want more teaching, as I enjoy one-on-one interactions. I strongly believe that the majority of teaching happens in the in-between spaces – not in the lecture venues, but in informal conversations in passages, or in supervision meetings.”

The promotion to professor is more about legitimisation for her than about a title.

“Just by virtue of being a professor, people ascribe more authority. What I am hoping for is that this added authority that people see in me will help change the way we think about work, the purpose of work, and how much we pay.” 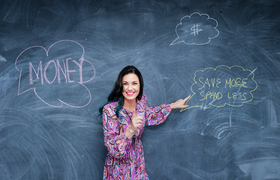 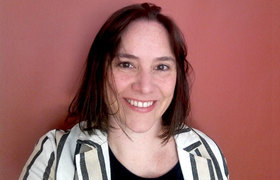 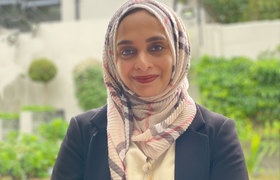 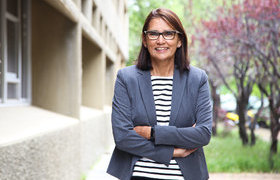