The Centre for Film and Media Studies (CFMS) at the University of Cape Town (UCT) and Sunshine Cinema have partnered to create the Film Impact Screening Facilitator short course. This online short course explores the theory and practice of engaging with audiences on social change issues using documentary and fiction film screenings, discussions and other interventions.

Emerging from the wreckage of COVID-19 lockdowns and a world in financial crisis is a stronger-than-ever sense that much needs to change. A flick through the list of top shows on Netflix reveals that issue-driven documentaries have become increasingly popular. The conversations around them are changing the narrative.

In the face of short attention spans and a crush of ‘big problems’ vying for urgency, organisations and movements with a message have begun working with film and storytelling as a way to create impact. But what happens after the film is made? How does a film reach the right audience and convert interest into action?

Sunshine Cinema has been a leader in alternative distribution for over a decade. Their formula for landing stories with communities near and far has been tried, tested and continuously refined. Seeing the gap that many producers, organisations and creatives experience between finished products and making an impact with audiences, partnering with the CFMS on a course was a natural fit.

Sunshine Cinema co-founder and course lecturer, Sydelle Willow Smith, said: “African impact producers manage multiple challenges both in terms of storytelling across languages and cultures but also in reaching audiences who don’t have access. The course content applies globally but it’s our African resilience and creativity that has informed so much of our strategy and allowed us to distil what works.”

Dr Liani van Maasdorp, CFMS course convener, explained that although they are not teaching filmmaking in the course, production and distribution go hand in hand. “The key is collaboration. Few filmmakers have the energy or resources left after producing a film to take it around the country themselves so it can reach critical audiences. Many people affected by the human rights, social justice and environmental issues exposed in impact films live in rural and poorer communities. It takes a special group of people – from funders to activists, from non-governmental organisations to academia and from filmmakers to screening facilitators – to pull together to make sure the right film reaches the right audience in the right way to make real and meaningful social change happen.”

The conversation is heated around the proliferation of fake news and conspiracy bots. The antidote could be a well-made, thoroughly fact-checked documentary film accompanied by a productive conversation between stakeholders. In the right hands, this could be powerful enough to change the world.

Read more about the short course. 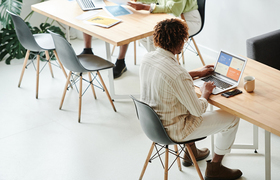 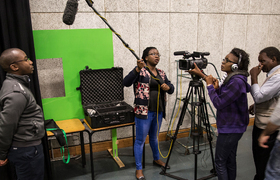 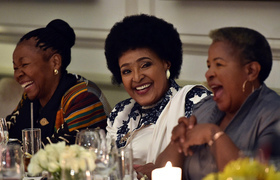 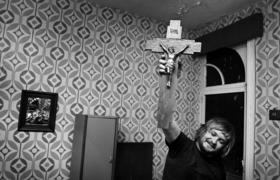 Research and innovation
Award-winning South African punk documentary is back. Why it's so special 09 Feb 2017
TOP