Former Minister of Finance and Minister in the Presidency Trevor Manuel said South Africa needs a process that involves “the collective pressing of three keys: ctrl+alt+delete” to fix what is broken in the country.

“We need to reboot who we are and [focus on] what we want to be. But most of all, we need everybody to take responsibility, and that responsibility will be in ensuring that those who are paid to represent our interests actually do so and not just pretend to do so,” he said.

Manuel made these and other comments during the annual University of Cape Town (UCT) Legacy Society guest lecture held in partnership with UCT’s Summer School on Saturday, 22 January. His talk was titled: “South Africa: Challenges and what lies ahead.”

During the late afternoon lecture, Manuel touched on four critical issues that unfolded in the country during the first few weeks of 2022. These include:

“How these issues are handled will affect all of us in this country intergenerationally into the future.”

“How these issues are handled will affect all of us in this country intergenerationally into the future. That’s a massive statement to make, but it’s something that I’m truly convinced upon,” he said.

Manuel said South Africa has enormous unresolved issues and part of them relate to the “unfinished business” that stems from the transition to the first democratic election in 1994.

“We adopted a Constitution on 6 May 1996 … and it [the Constitution] makes important commitments about all of us. The big issue is that we, the people who have lived under apartheid and who were part of the transition into democracy, have done very little to change who we are and how we engage with each other,” he said.

He said a myriad of issues have been highlighted in the State Capture report, including the state of state-owned enterprises like Eskom, Transnet and the South African Airways (SAA).

“The thing that we have to recognise is that the Zondo Report says they are gone,” he said.

Similarly, Manuel said, the former commissioner of the South African Revenue Service (SARS) Tom Moyane has left a long line of destruction and rebuilding that institution will be a “mammoth task”. He also noted that the National Prosecuting Authority (NPA) – a fundamental organ of state – has suffered a similar fate under its former head Sean Abrahams, and despite the appointment of Shamila Batohi as the new head, the organisation has been completely tarnished.

“The entity [NPA] has been completely hallowed out … it’s a deep, deep tragedy.

“The entity [NPA] has been completely hallowed out … it’s a deep, deep tragedy,” he said.

But Manuel said how South Africans deal with what has emerged from the Zondo Report is what matters most. “What happens to this destruction? How do you deal with events of a wrecking ball long after the individuals have been named and shamed?” he asked.

The fire at parliament

Following parliament’s devastating fire on 2 January, which destroyed parts of the National Council of Provinces building, the National Assembly and other office and recreational spaces, Manuel said the rebuilding process is crucial. As the process unfolds, he encouraged South Africans to take an interest in parliament and to engage more on parliamentary matters to hold individuals accountable.

To make a point, he quoted the preamble of the Constitution: “We, the people of South Africa, recognise the injustices of the past, honour those who suffered for justice and freedom in our land; respect those who have worked to build and develop our country; and believe that South Africa belongs to all who live in it, united in our diversity.”

Manuel said the Constitution also states that improving the quality of life for all citizens and freeing the potential of each person is an imperative. Yet, he added, South Africa continues to deal with an education and health crisis, and thousands of people don’t have access to basic services like water and sanitation.

Government needs to impact and transform these critical areas as a matter of urgency to achieve the ideals set out in the preamble of the Constitution.

Turning his attention to Minister of Tourism Lindiwe Sisulu, Manuel described her comments on the judiciary as “atrocious and vulgar”. Sisulu recently published a column that claimed the Constitution and the judiciary are used to maintain systems of poverty and oppression, and she received widespread condemnation.

“I don’t know what gives anybody the right to make those [statements].”

“I don’t know what gives anybody the right to make those [statements]. We’re privileged to have some of the most amazing jurists,” he said.

Manuel said that being part of any organisation, including UCT, means that you need to observe and adhere to the rules and regulations of that institution.

“If you want to defy those rules, then resign. We must encourage people to do so, so that at every given time, the people who sit in that cabinet are people of unimpeachable integrity. They need to be fit to lead us,” he said.

A reminder of the past

When members of the EFF took to Menlyn Mall last week – confronting restauranteurs about their staff complement to establish how many foreign nationals have been employed in their establishments – Manuel said it reminded him of the apartheid police parading the streets demanding proof of the dompas (dumb pass) – one of the most despised symbols of apartheid.

“It’s a horrid part of our history. We thought we would never repeat it and now it’s being done,” he said.

“We don’t need a new political party; we need a different discourse.”

He questioned why the police was nowhere in sight to enforce the law and to advance the interests of a group of hardworking people who serve the likes of himself and many others when they frequent restaurants as patrons.

“As a nation, we must move beyond events and announcements and spectacles and try and focus on what really matters in the lives of people. If people feel excluded, we have a responsibility to include them in these issues,” Manuel said.

But solving these issues requires trust.

“We’re not going to solve these issues without trust. We need to look beyond the political parties in South Africa. We don’t need a new political party; we need a different discourse. There must be led, informed and participatory [discussions]. Part of it must include participation by non-governmental organisations. And it must always include accountability,” he said. 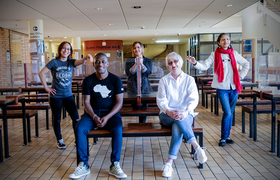 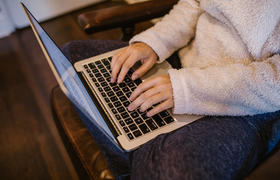