“Beginnings are usually scary; endings are usually sad. But it’s what’s in the middle that counts. So, when you find yourself at the beginning, just give hope a chance to float up and it will.” – Steven Rogers.

Associate Professor Rochelle Kapp will hold on to these words as she prepares to draw the curtain on her 33-year journey at the University of Cape Town (UCT). The journey took her from a young student in the 1980s – a tumultuous time in the country and the university’s history – to a respected and beloved academic who has held various positions at UCT. It’s safe to say that Associate Professor Kapp has matured on campus.

With a master’s in English and a PhD on the politics of English in township schools (both from UCT), she could write a book on her experiences, and there’s no doubt that it would be a good one …

As Kapp packs up her office and gradually prepares to transition to the next phase of her life, UCT News asked her to reflect on her past, highlight some of her challenges and let us in on a few of her plans.

A time gone by

Kapp joined UCT in 1988 as a professional, administrative and support and services (PASS) staff member at the Centre for African Studies, and later moved to the Bremner Building – the university’s administration headquarters.

“One of the more exciting aspects of my journey at UCT is that I’ve managed to work in both school and higher education contexts.”

It was in 1994, as the country celebrated the advent of democracy, that Kapp leaped into academia. She joined the Academic Development Programme at UCT’s Centre for Higher Education Development (CHED) and spent 20 years teaching and convening language and literacy programmes. While there, she also worked on a range of education development projects that served the university and several schools in the Western Cape.

In 2014 it was time for a change, and Kapp found her new home at the School of Education in the Faculty of Humanities. There she fulfilled several different roles, including the convenor of the Postgraduate Certificate in Education.

“One of the more exciting aspects of my journey at UCT is that I’ve managed to work in both school and higher education contexts. This has provided an important lens for my teaching, research and education development work,” she said. “In my work, I’ve facilitated the school-to-university transition for first-year students, as well as the transition from university into the workplace for young teachers.”

A day at the office

A typical day at the office for her consists of many different moving parts.

And there’s no such thing as a quiet day. Tasks include curriculum design, teaching, supervising students, research, academic administration, planning the calendar and navigating the blended teaching and learning model.

In addition, Kapp is the chairperson of the Newly Qualified Teachers Project, an initiative of the School of Education that provides critical support to young educators who have entered the classroom for the first time. She also chairs the Stella Clark Teachers’ Award Committee; the award ceremony is one of the highlights of her year. The prestigious accolade honours the memory of Stella Clark, who was a language development lecturer at CHED. The award recognises teachers’ outstanding contributions to their field and their unwavering commitment to their pupils. Its criteria call on students to nominate teachers who’ve made a difference in their lives.

“It has been an absolute privilege to chair this award for many years and to work with colleagues to ensure that it is sustained,” she said.

“I am also so proud of the educational development projects that I have planned and established in CHED and the School of Education.”

“I am also so proud of the educational development projects that I have planned and established in CHED and in the School of Education. They are all going strong after many years and I am confident that this work will continue to thrive as they will all be led and managed by outstanding colleagues.”

Reflecting on her time at UCT, Kapp said that hands down, teaching both undergraduate and postgraduate students has brought her great joy, and it’s what she will miss most as she closes this chapter of her life.

“I am so proud of many, many of the students who I’ve taught, who today are role model teachers, academics and leaders in their respective fields,” she said.

On the research front, collaborating on projects over the years with her long-time friend and colleague Associate Professor Bongi Bangeni from the Language Development Unit has been “an exciting voyage of discovery”, which both have thoroughly enjoyed.

But without the guidance and mentorship of family, friends and colleagues, Kapp said her role as an academic would have been different. She is grateful to a very long list of people at the university, both in academia, as well as in PASS staff roles. Each have positively shaped her as an academic and contributed meaningfully to her career.

“I have been fortunate to have had the support of brilliant and generous people who have taught me so much over the many, many years, opened doors in multiple ways and supported me when the going was rough,” she said.

Bumps in the road

Admittedly, Kapp described her journey at UCT as a mixed bag of emotions.

“UCT has always been an ambivalent space for me.”

“UCT has always been an ambivalent space for me; a place where I’ve been able to engage in teaching, development and research work that I am passionate about, but also one where I’ve often felt patronised and unheard,” she said.

“This has never stopped me from speaking up, and in some ways my feeling of ambivalence has been an impetus. It has served to generate so much of my work on access and redress.”

Her school and university research projects have highlighted the centrality of language to learning and the ways in which learning and identity are inextricably linked. But as an academic at UCT, Kapp also struggled with what she describes as a “relatively individualistic, hierarchical culture” within the institution, which often values research above teaching and learning.

“Academics are still primarily rewarded for their research quantity and not for their efforts around teaching. Both are important and they’re integrally connected,” she said.

As a result, over the years she tried to create collaborative teaching and learning spaces that connect teaching and research, and where academics are able to support each other intellectually and emotionally. One important example was a collaborative longitudinal research project that enabled rich multidisciplinary discussions about teaching, learning and educational development. The project was funded by the Andrew W Mellon Foundation and its findings were published in a book titled Negotiating Learning in Higher Education: Access, Persistence and Retention.

Kapp’s biggest challenge over the past two years has been the “tsunami” of invisible administration and pastoral care work that the COVID-19 pandemic has necessitated. While UCT has responded relatively well in providing students with the necessary services to continue their academic programmes, she said communication with staff has been slow and support structures have been minimal.

“I look forward to being still and at peace in nature.”

“I am retiring early because I am exhausted, and I know many academics who feel this way. I hope the university will provide tangible ways of supporting academics and addressing the uneven workload,” she said.

To the cohort of incoming education students, Kapp encouraged them to remember that teaching can make a huge difference to the lives of many. “Teaching can contribute towards achieving redress in our society. It’s a tough profession, but there are so many rewards that you can gain by enabling learning and development,” she said.

Kapp is beaming with excitement to hang up her boots and to see what the future holds. For now, her plan for retirement involves no planning at all – just rest, rejuvenation and recovery. And as she does, you’re guaranteed to bump into her as she enjoys long morning walks on the beach, and elsewhere outdoors appreciating the wonders of nature.

“I look forward to being still and at peace in nature,” she said. 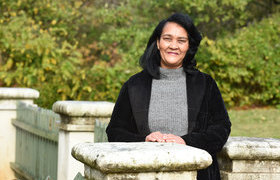 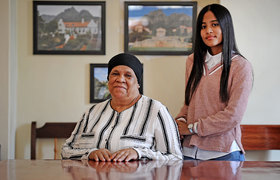 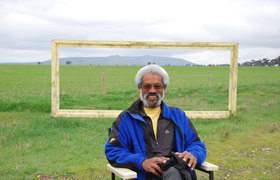