Ten years ago, two young University of Cape Town (UCT) chemical engineering graduates put a dream into action. The embodiment is the Young Engineers Scholarship (YES!), a scholarship that harnesses friend networks and that has supported more than 18 students in chemical engineering and allied fields. The co-founders hope there will be many more to come.

This achievement is thanks to over 60 small, private donors, whose support includes optional student mentoring.

In his first year at UCT, Cieverts was supported by scholarship and later received funding from Sasol to complete his studies.

“So, it was important for me to pay it forward,” he said.

After graduating and starting work at Sasol, he met Bhikha, who’d been two years ahead of him at UCT. They discovered they were of the same mind about helping other students and committed to establishing a support line.

“The massive inequality in the world means there’s a huge gap between haves and have-nots,” said Cieverts. “Those who are in a position to support students have a responsibility to do so. The gains I have made over the years are not just for me; I’ve been able to multiply what I’ve been given to benefit many more people.”

That momentum is important, Bhikha added. He too was funded at UCT; partially in his undergraduate years and fully during his postgraduate studies. And while a university education is a privilege, it is also a catalyst for those from under‑resourced families, he said.

“For many people, tertiary education is one way of lifting their families and communities out of that cycle of poverty. So it’s really about bringing as many people as we can along with us.”

Initially, donors came from their friend groups and networks, and grew from there. They are like‑minded people, said Bhikha; not necessarily big-hitting funders, but able to contribute regularly, collectively swelling the pot. There have been generous one-off donations too.

“Pretty much all our donors, with the exception of one, are private individuals donating their own money to the fund,” said Bhikha.

They work closely with the university’s funding department to administer the scholarship and with the Faculty of Engineering and the Built Environment (EBE) marketing manager, Mary Hilton, to identify candidates. Anyone can donate towards the fund; anonymous or otherwise.

“We’ve had donors who have been with us on the journey since the start and who have continued to donate,” said Bhikha.

Donors can also opt to be involved in the selection process.

“The CVs are there for them to see [so] they can vote on who should be interviewed. They’re also welcome to participate in the interview panel. I think that that makes it a personal experience for the donor.”

Between one and three new scholarships are made available each year. Successful candidates undergo an annual review process to determine their progress and need.

“So we were looking for an element of resilience and commitment to self-improvement and a need to succeed.”

“There is a set of criteria that UCT uses to identify financially deserving students, and we select students from that group,” Bhikha explained. “So it’s not a scholarship that students can apply for directly.

“What we’re looking for are students who have managed to excel in their studies despite difficult social or domestic circumstances. So we were looking for an element of resilience and commitment to self-improvement and a need to succeed.”

When the duo began, the funding supported the academic fees and sometimes residence fees of only UCT students. This support has since grown to include students at the University of the Witwatersrand.

Initially, they targeted first-year students but support now includes seniors. As a result of COVID-19 as well as economic circumstances, many students suddenly found themselves high and dry after funders pulled back.

Although they have not expressly ruled out supporting candidates from other African countries, Cieverts and Bikha prefer to keep the focus local. “It’s about fostering engineering and engineering excellence in South Africa,” said Bhikha.

The mentoring aspect is informal and optional, but relationship building is important, said Cieverts.

“With a small group of candidates, it’s easier to maintain close contact with scholarship beneficiaries. We take a personal interest [in them], with update reports and occasional meetings. Whenever possible, when I’m in Cape Town, I will meet up with our UCT students.”

Bhikha added, “Anyone who’s been through a mentoring process can attest that it can’t be one‑sided. But as it’s driven a lot by the students, it’s important they understand what they need from that relationship. Mentors provide career advice as well as advice on study and work-life balance.”

They have also invited donors to give talks on their experiences as engineers.

“It’s not just some nameless, faceless exercise where money goes somewhere and you never really know where or to whom. This gives donors a more personal experience.”

He added: “There are many people who want to help, but don’t know how; they don't have a platform. So, it’s about providing that platform: to assist financially and share experience and information.”

And there have been many success stories. YES! scholarship beneficiaries have gone on to careers in big consulting firms and engineering companies, with some also pursuing postgraduate study. 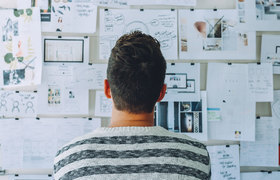 Newsbyte
Student innovators: think out of the box with InCube 20 Sep 2021 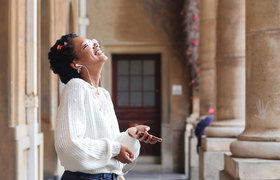 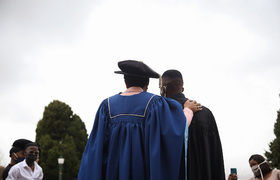 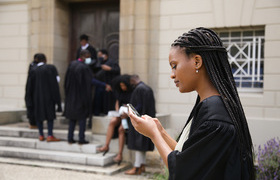