A recipe for homegrown vaccines in plants: water, light and sugar

A new collaborative study undertaken by the University of Cape Town’s (UCT) Biopharming Research Unit (BRU) and the University of Southampton’s Glycoprotein Therapeutics Laboratory has shed new light on how vaccine production in plants is impacted by the host plant machinery.

Modern virus vaccines are typically produced in mammalian cells, which is highly expensive and requires infrastructure that is mostly lacking in developing countries. Plant‑based vaccine manufacturing is, therefore, an increasingly attractive alternative due to the potential for lower-cost production of vaccines on a large scale.

However, it is not well understood how the host machinery impacts the production of the viral surface proteins that are attractive targets for vaccine development. These proteins are covered by the host cell with sugars, termed glycans, which coordinate their folding.

The structure of these glycans in plants is different from human cells, and it was not previously understood how efficiently they were added to proteins when they were produced in plants.

In this study, published in Frontiers in Plant Science, the authors compared how surface proteins from Marburg virus and HIV‑1 differed with regard to these glycans when produced in human cells, and plants. The glycoproteins were produced in the BRU using various approaches to improve the glycoprotein expression in plants, which is the subject of patent applications.

The glycan composition of the proteins was then analysed at the University of Southampton. The study showed that the glycans were less efficiently transferred to the proteins in plants and that the complexity of the plant‑produced sugars was also less.

“Ultimately, we aim to be able to produce cheaper vaccines in plants with modified glycans to ensure proper folding and immunogenicity.”

The authors also observed similar glycosylation for other plant‑produced viral glycoproteins and showed that inefficient glycosylation was responsible for several of the difficulties that have been experienced in producing correctly folded viral surface proteins in plants.

“This work will inform the development of technologies to produce vaccines in plants that more closely resemble the actual virus. Ultimately, we aim to be able to produce cheaper vaccines in plants with modified glycans to ensure proper folding and immunogenicity,” said co‑lead author and postdoctoral researcher in UCT’s Division of Medical Virology and the BRU, Dr Emmanuel Margolin.

The study adds to a growing body of work driven by Margolin and the BRU that aims to address bottlenecks in plant‑based vaccine production. This work has yielded four patent applications so far, and the underlying technology is being applied to produce vaccines from the pandemic and emerging viruses that are problematic in Africa.

“The productivity of the collaboration between the BRU and the University of Southampton really highlights the importance of multidisciplinary partnerships,” said Professor Max Crispin, who leads the laboratory at Southampton. 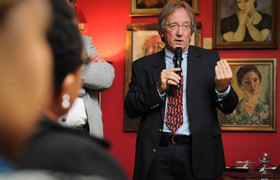 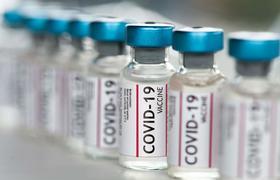