Associate Professor Deshen Moodley from the University of Cape Town’s (UCT) Department of Computer Science is one of 19 international fellows who will participate in the University-Based Institutes for Advanced Study (UBIAS) network’s 4th Intercontinental Academia (ICA).

The ICA creates a global network of future research leaders. Some of the best young academics work together on paradigm-shifting, cross-disciplinary research, mentored by eminent researchers from across the globe.

The 4th ICA, which is dedicated to intelligence and artificial intelligence (AI), will start with a virtual opening in mid-June 2021, followed by two main sessions in Paris, France, in October 2021, and in Belo Horizonte, Brazil, in June 2022.

Associate Professor Moodley is a member of the recently established Artificial Intelligence Research Unit (AIRU) at UCT, an accredited research unit in the Department of Computer Science in the Faculty of Science. The unit hosts two research groups and the directorate of South Africa’s Centre for Artificial Intelligence Research (CAIR). CAIR is a South African research network with nine established and two emerging research groups across eight universities funded primarily by the Department of Science and Innovation.

Moodley’s research focuses on applied AI, specifically in adaptive and cognitive systems. His work draws from and applies techniques and foundational theories from the Semantic Web, agent-based systems, machine learning, probabilistic graphical models and other areas in AI, with the aim of solving real-world problems.

Together with his students and local and international collaborators, Moodley has explored and designed next-generation architectures for adaptive systems across diverse domains and applications. These interdisciplinary projects contributed to the sensor web, earth observation, biodiversity and digital health research communities.

From a computer science perspective, his research explores generic frameworks – comprised of architectures, theories and methods – for designing adaptive and cognitive systems. “My view is that future adaptive and cognitive systems will incorporate both top-down (knowledge representation and reasoning) and bottom-up (machine learning) techniques from different sub-areas of AI,” said Moodley.

His future research in this area will focus on three themes: (1) keeping the human in the loop; (2) frameworks and architectures for building hybrid AI systems; and (3) automating knowledge acquisition, discovery and evolution. He believes that some of the research challenges, especially the ones outlined in themes one and three, would require paradigm-shifting, cross-disciplinary research.

Moodley’s passion for computers was sparked as a teenager.

“I saved up my pocket money to buy a second-hand Commodore VIC-20,” he said. “This was around 1986 – before computers were mainstream.”

He was appointed as a lecturer at the University of Natal in Durban and specifically asked to teach first-year computer science students – some of whom had not worked on a computer prior to attending university.

“The field of AI is quite broad and a competitive and fast-moving space which is currently led mainly by the US and China,” said Moodley.

Compared to other sub-Saharan African countries, South Africa is doing well. However, the country is still lagging far behind the global leaders in the field, due, in part, to a much smaller AI research community than developed countries.

“AI and digital technologies can play a significant role towards building a more fair and just society in South Africa.”

According to Moodley, while the South African government has launched several initiatives such as the Presidential Commission on Fourth Industrial Revolution (4IR) and the Digital Economy Masterplan, the country must be more aggressive to transition from the traditional structures and support for science and technology.

One important initiative is to invest in and shore up computer science departments, which is at the heart of digital technologies and digital skills. This is one of the ways the country can fully prepare for and embrace the challenges and opportunities presented by the 4IR.

The two prominent sub-areas of AI are machine learning and knowledge representation and reasoning. There is a range of AI techniques in the different sub-areas with different techniques, and even a combination of techniques, that can be used to solve different problems. Areas that could leverage AI in the short term include finance (fintech), smart manufacturing and smart cities.

Several South African companies are starting to build AI capabilities. For example, Eskom is exploring its use for predicting electricity consumption patterns and to predict and detect faults at power stations, and the South African Revenue Service is exploring using it for analysing tax returns and detecting tax dodgers. In the longer term, smart logistics and next generation e-market places are two emerging application areas.

“AI and digital technologies can play a significant role towards building a more fair and just society in South Africa,” said Moodley.

Furthermore, joining, participating in and leveraging networks such as the ICA will be crucial for South Africa to keep abreast of and contribute to the global innovation and development of AI technology. 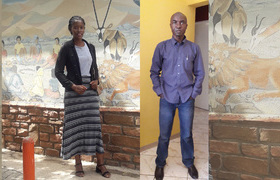 News
‘Graduation would have meant a mission accomplished’ 11 Dec 2020 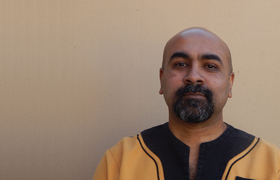