How Biden can overcome right-wing populism

What does the threat of right-wing populism mean for the United States (US) president, Joe Biden, and his administration? Will it present further challenges or will the Biden administration overcome and become a force for progress? Two leading political analysts – John Matisonn and Dr Francis Kornegay – weighed in on the matter, particularly on how the new administration will attempt to undo the impact of Donald Trump’s divisive policies and his mobilisation of a far-right white supremacist movement. The discussion took place during a recent University of Cape Town (UCT) Summer School open lecture, which was moderated by Dr Russell Ally, the executive director of the Development and Alumni Department (DAD).

According to Dr Kornegay, a senior research fellow at the Institute for Global Dialogue and a member of the Journal of the Indian Ocean Region’s international editorial board, being able to overcome the threat of right-wing populism will depend largely on Biden’s performance in the next two years, the COVID-19 relief plan and the outcome of Trump’s legal challenges.

“Biden has to succeed; that’s an absolutely key thing.”

“If Biden [can] deliver, it’s going to be difficult for the Republican Party to articulate a coherent opposition to Democrats in 2022 and 2024,” Kornegay said.

Matisonn, a foreign correspondent, author and broadcaster who covered the White House, State Department and the US Congress for six years, agreed: “Biden has to succeed; that’s an absolutely key thing. Because if he fails, the underlying issues that Trump raised will come back to the fore and either Trump … or some future ‘Trumpist’ will address them.”

Pushing the COVID-19 relief plan through Congress is the first test for the Biden administration; however, despite enjoying significant bipartisan support, this will not be enough to quell right-wing populism.

According to Kornegay, the plan must be followed by, among others, a focus on domestic renewal, accepting post-global primacy and, in turn, establishing a more equitable power-sharing arrangement with allies, as well as accommodating adversaries, particularly China and Russia.

And with a major “tug of war” already taking place between Democrats and Republicans, and between so-called progressives and moderates within the Democratic Party, the success of the relief plan is crucial. A victory in this debate better paves the way for Biden to pursue domestic renewal and related cuts in military spending, a repeal of tax cuts and a Green New Deal “in some form or fashion”.

In terms of Trump’s legal challenges, the Supreme Court’s go-ahead for subpoenaing his tax returns, and other documents related to the Trump Organization, has implications both for Trump’s political future and for the power struggle within the Republican Party. The latter speaks to whether the Republican Party can restore credibility as a governing party in a two-party democratic system, which Kornegay notes is “very shaky” given Trump’s hijacking of the party, with its “far-right, extremist-dominated, fringe movement of racial fascist white Christian nationalism”.

“At this point, the US does not have a reliably stable and functioning centre-right alternative governing party to the incumbent centre-left Democratic Party, and this carries with it major … foreign as well as domestic policy implications,” he said.

Drawing on trends first identified by Yale University’s Professor Stephen Skowronek, Matisonn views Biden as a transformative president, much like the 32nd US president, Franklin D Roosevelt. And while Biden’s early years do not indicate that he will be a “tremendous agent of radical long-term change”, Matisonn said that Biden understands the moment.

According to Matisonn, Biden will try to install a new order that is more democratic, which will end voter suppression and ensure African Americans and other minorities have free access to the vote; it will be more proactive about climate change; and it will be a government that is more involved.

Also included in this new order are structural reforms, such as renewing and revising the Voting Rights Act of 1965, getting rid of the filibuster, bringing Washington DC to statehood, and potentially changing the Supreme Court.

Biden will also need to deal with far greater challenges than Roosevelt, such as the COVID-19 pandemic and the economic devastation that follows and, in the case of civil rights and race issues, do what Roosevelt did not.

In addition to the relief plan’s success and the predicted changes the Biden administration will make, it will need at least one more weapon in its arsenal to overcome right-wing populism. That, said Matisonn, is never forgetting the underlying issues that brought about Trump and “Trumpism”.

“The underlying issue is that people feel left out. The modern economy doesn’t help everyone equally … some people are doing better – even under lockdown – and others are doing worse.

“So, you have people … who feel left out because they’re poor, because they don’t have the right skills and there is also a cultural and racial part of them feeling left out,” he said.

Should Biden fail, the Republican Party could make gains come 2022 and return to the White House come 2024.

If this happens, Kornegay predicts a return to an “accelerated relative decline” in America’s global superpower status and heightened global insecurity and instability. And the Republicans who are looking to succeed Trump are, as Kornegay put it, “quite scary, quite frankly”. This includes former Secretary of State Mike Pompeo (“who’s got a very evangelical, hard-line Christian nationalist position … a real threat to US and global security”); Arkansas senator, Tom Cotton (“another potential warmongering president”); and “extremists like Josh Hawley from Missouri”.

However, in Kornegay’s view, the Republican Party cannot continue on Trump’s path if it hopes to make a return. And certainly, they’ll have to regain footing in their traditional base.

“The Republicans have got to regain ground in the suburbs. And if they can’t do that, then they’re toast.” 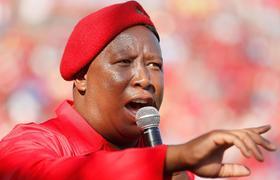 News
Democracy, fascism and the future of the EFF 29 Jan 2021 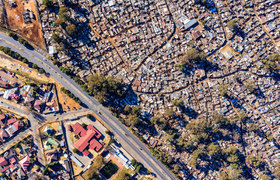 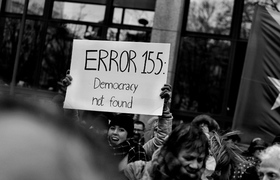