Coronavirus has resulted in the postponement of millions of surgeries worldwide. According to a global-scale study “COVID-19 free” hospitals, designated for performing surgeries and treating patients recovering from operations, were instituted to mitigate this problem. These hospitals have meant the difference between life and death for many patients. Published in the Journal of Clinical Oncology the paper addressing this was co-authored by the CovidSurg Collaborative.

The delay of surgeries around the world has increased the pressure for the necessary procedures for conditions such as cancer to continue – now that the first wave of the virus has abated. The necessity to create and locate safe “COVID-19–free” spaces to conduct these surgeries has been top-of-mind for medical practitioners who feared that patients could contract the virus during their hospital stay. This, according to research by the CovidSurg Collaborative; an international working group of researchers based at the University of Birmingham in the United Kingdom and including the University of Cape Town (UCT) and the University of the Witwatersrand. Research which indicated that patients who had their operation and hospital care in “COVID-19 free” areas had better outcomes.

Implementation of “COVID-19–free” hospitals was a novel solution but very challenging to carry out, and this wasn’t just the case locally but across the board. “One of the biggest restrictions early on was the access and turnaround of testing for non-clinical suspicious patients. This is much better now, and all patients can easily be tested and thus treated in “COVID-19–free” spaces,” says Dr Christo Kloppers, a General Surgeon at Groote Schuur Hospital (GSH).

When it comes to the postponement of surgeries Kloppers, who is part the Department of Surgery at the Faculty of Health Sciences, UCT, clarifies that emergency surgeries were never really cancelled. “Anecdotally we have seen less non-trauma emergencies, for example appendicitis. Similar findings were reported around the world. During this period we also studied the treatment of cholecystitis, which seems to have changed.” Kloppers says the data is still being analysed but one possibility could be that access to emergency theatre became easier than before the national lockdown, resulting in the condition being treated more efficiently.

The paper, Elective Cancer Surgery in COVID-19-Free Surgical Pathways During the SARS-CoV-2 Pandemic: An International, Multicenter, Comparative Cohort Study collates results from 9 171 patients from 447 hospitals in 55 countries worldwide. Of these patients 2 481 were operated on in “COVID-19–free” surgical pathways. Although GSH contributed to the data for the first publication in the British Journal of Surgery, participation in South Africa was initially slow. This eventually picked up with centres from across the country contributing to the study.

Just a couple of months ago the estimate for cancelled elective surgeries in South Africa was sitting at over 146 000, including 12 000 cancer procedures. This is particularly dangerous for patients as the radical treatment of cancer with surgery has a sensitive timeline and outcomes can be compromised with delays. Kloppers says updated statistics are not currently available. But that in his immediate environment he’s aware that the Acute Care Surgical Unit of GSH went from more than two full elective lists per week to less than just one list per week over the past six months. “These lists were fully booked for more than six months ahead so there is quite a ripple effect going forward.”

The backlog of surgeries is also adding a new dimension to a health system that is already under pressure. Kloppers explains: “Part of the COVID response should be to address the backlog pro-actively. We should not only return to normal theatre volumes but we should also have additional catch-up lists to deal with the backlog. Apart from funding this has significant human resources implications including that maybe healthcare workers need to take leave etc.”

These are just some of the roll-on implications of that COVID-19 has presented to healthcare practices and surgery continuity. Finding solutions for this backlog is the key to resolving this ripple effect. 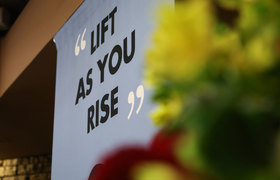