S-s-some things to know about snakes

Did you know that snake fights are like arm wrestling? Or what snake you are most likely to find on campus, if at all? And do you know the do’s and don’ts of first aid when it comes to snake bites, as rare as they are?

The University of Cape Town’s (UCT) Properties and Services department recently hosted two awareness training workshops for staff who tend to the institution’s grounds and gardens, to help them understand snakes better and to ensure that staff feel safer and more comfortable when carrying out their daily operations.

On 25 and 26 February, Properties and Services wrangled the services of Cape Snake Conservation’s Vard Aman, who has helped UCT with snake issues over the years, doing so in a way that protects students, staff and the snakes.

The informative and interactive workshops covered everything staff need to know about snakes: myth-busting, prevention tips, snake behaviour, conservation, venom and its effects on humans and other animals, first aid and identification.

Following are 10 of the many interesting pieces of information shared during the workshops.

The puff adder is the most common snake at UCT. This is because puff adders generally stick to mountain areas. They have excellent camouflage ability and will often remain still rather than flee when encountering humans. This is because they are hoping not to be seen. If you ever do encounter a puff adder, do not run away or make any sudden movements; walk away very slowly as this is non-threatening. Warning signs to look out for are the puff adder’s hiss, which gives it its name, and the pulled-back and downward position of its head.

Snakes do not chase people. The snakes you might encounter don't eat people, so it’s not worthwhile for them to chase us. But while they do not hunt humans, they will defend themselves against us if we threaten, hurt or interfere with them.

Snake fights are, for the most part, “civilised”. It’s like arm wrestling, where one tries to push the other’s head down first. They do not usually aim to kill the other snake during a fight, but there are exceptions such as mole snakes that do try to kill one another.

Prevent snakes from calling your house their home. Keep your garden free of debris, trim down thick bushes and remove water sources, such as ponds. Bonus tips: Avoid gabions (wire mesh boxes, containers or baskets filled with rocks) ─ they’re snake hotels; and remember that “snake repellent” does not work.

Translocation is not an ideal conservation tool. Removing a snake from its natural habitat or an area it knows ─ even if it is to a nature reserve ─ can have devastating effects on the snake, the species and the ecosystem. Possible effects can include overpopulation, becoming increasingly prone to pathogens, predator─prey pressures and loss of genetic diversity.

Some snakes are great actors. The herald snake and the rhombic egg eater are two snakes that often pretend to be what they are not in the hope that it’ll scare off threats. The herald snake, or “Rooi Lippie” in Afrikaans, puts on a defensive display and flattens its head, but its venom is mild and will, at most, cause some bleeding and a headache. The rhombic egg eater is often mistaken for a puff adder, but it is completely harmless; it doesn’t even have teeth.

Snakes are not about to win any parenting awards. Snakes really aren’t good parents. As soon as they lay their eggs or give birth to live babies (like the puff adder), they’ll leave. Fortunately, even baby snakes have venom and can, therefore, fend for themselves.

What not to do if you have been bitten by a snake. Don’t cut, squeeze, suck or apply suction to the wound. Don’t apply electric shock, drink alcohol, follow old wives’ tales – like applying diesel – or a tourniquet. Don’t try to kill or capture the snake – you could end up with a second bite, and medical practitioners will most often know which snake bit you from your symptoms. Don’t google pictures of the snake to try and determine what it is. Don’t attempt to self-administer antivenin.

What you should do if you have been bitten by a snake. Get to hospital as soon as possible, but try not to drive there yourself, particularly if you have been bitten by a Cape cobra. Expose the bite by removing any jewellery and clothing, move as little as possible, immobilise the affected limb and stay calm. In the case of being bitten by a Cape cobra, apply a crepe bandage. Try to get a photo of the snake that bit you as opposed to searching for an image on Google. Wash your eyes with lots of water if they have venom in them.

For more information on snakes and what to do if you ever encounter one, visit Cape Snake Conservation’s Facebook page. 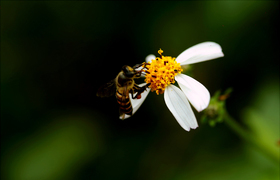 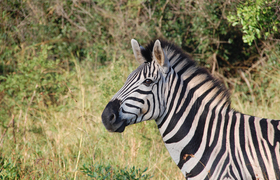