‘I refused to be called a failure’

When Furaha Abwe graduates from the University of Cape Town’s (UCT) Faculty of Engineering & the Built Environment (EBE) on Thursday, 12 December, with a PhD in Architecture and Planning, he will do so knowing that over the course of what was at times a difficult journey, he defied the odds and refused to fail.

As well as overcoming the academic challenges he faced, he endured the loss of his father, unemployment, separation from his family and moments of self-doubt.

“I went through various turbulences which could make me quit my PhD, but I thank the Almighty God I did not,” said Furaha.

The 39-year-old was born in a small village in the Kigoma region in Tanzania along the shoreline of Lake Tanganyika. He is the third of five siblings and attended school close to home before moving to Dar es Salaam for his tertiary education.

“The day I received an admission letter from UCT, it was like landing on the moon.”

As a child, Furaha dreamt of becoming a medical doctor but, ultimately, he found his calling in urban planning. Thanks to funding from the German government in the form of a scholarship awarded to him for his tertiary education in Tanzania, he obtained his BSc and MSc degrees in urban planning before heading to UCT in 2014.

“The day I received an admission letter from UCT, it was like landing on the moon,” he said.

He joined UCT’s EBE for two reasons. The first was to register for a higher degree at a world-class institution.

“During my entire period of studentship, I have never regretted joining UCT. For me, UCT is the equivalent of Massachusetts Institute of Technology, Harvard University, Oxford or Cambridge, in Africa,” he said.

He also wanted to obtain a PhD under the supervision of “qualified, caring, committed and well-established staff members”.

During his five years at UCT, Furaha mourned the loss of his father and had to endure being separated from his young family. He is married to Rehana Abwe, who he credits with playing a vital role in him achieving his PhD, but while studying, the distance between him and his two children was much more than simply that between Tanzania and South Africa.

“When my daughter was two years old, she treated me as a stranger when I visited them back home and she even rejected a gift that I had bought in Cape Town for her,” said Furaha.

“She did not like to see me in her mother’s house. I assume she thought her mother was a single parent!”

On another occasion, his son, three years old at the time, questioned his father about whether he was, in fact, studying in Cape Town. But personal loss and separation weren’t all he had to overcome.

The Tanzanian government closed the university where Abwe was employed because of financial incapacity. The problems began with unusual delays in salaries and culminated in employees like Furaha not being paid for several months.

“My dream was to complete my PhD by the age of 33 and finish in record time. But due to a shortage of funding, I could not make it as planned,” he explained.

His time at UCT was also marked by lows, particularly concerning mental health.

“Sometimes I spent unproductive weeks and went through critical moments and mental health challenges, and I could not get anyone closer to speak to than a colleague or [fellow] PhD sufferer.”

However, when he attended a PhD breakaway, organised by the office of the Director of Postgraduate Studies, he realised he was not alone in the challenges he faced.

Furaha has some sage advice for students fighting their own battles while pursuing their degrees. He encourages “reaching out for help when necessary, sharing your struggles with colleagues or close friends and staying focused, committed and keeping your dream alive, no matter what you are going through”.

Despite the lows, Furaha had an incredible support network on which to lean, with Rehana being a pillar of strength.

“I considered her as my second informal supervisor. She asked about my writing progress on a daily basis. It reached a time when I had nothing to report to her, I would avoid answering her questions.”

Sadly, she will not be able to attend his graduation because of financial constraints.

“I am not even sure if I will personally attend. I have not got enough money to purchase my own air ticket from Tanzania to South Africa,” he said.

“I refused to be called a failure or a PhD quitter.”

Despite all this, he is positive about his time at UCT.

He was impressed by “friendly academic and support staff members” in the School of Architecture, Planning and Geomatics and almost every office he visited UCT where “practically everyone is ready to assist”.

“Completing my PhD and graduating from UCT will remain one of my favourite moments,” he said.

“I enjoyed my interactions, conversations and communications with my supervisor and exchanging ideas and the progress of my PhD writing with staff members in the school.”

Equally important to his success was his determination, passion, eagerness to complete his PhD and his financial investment in his studies. Adding an extra push was knowing how his children would feel if he had given up.

“I refused to be called a failure or a PhD quitter.”

In addition to self-funding, Furaha is also very grateful to the two friends who gave him an interest-free loan of US$12 000 which he will repay once he secures new employment; his supervisor who used part of her National Research Foundation funding to pay for his registration; UCT’s Postgraduate Centre and Funding Office for the Foundation Contingency Award; the School of Architecture, Planning and Geomatics for the Hugh & Win Walker Scholarship; UCT’s International Academic Programme Office for financial support through the Eric Abraham Scholar at Risk initiative; and his former employer, Mount Meru University, which gave him a two-year partial scholarship for tuition fees.

“It was indeed a doctoral journey full of hopes, enthusiasm and setbacks which I believe I could not have completed and graduate without the grace, protection and blessings of Almighty God, the Creator, and my Ebenezer,” he said.

Furaha will now put his PhD research to use for his community and country. His thesis explored the processes of co-production in urban sanitation infrastructure provision among multiple actors in informal urban settlements in the small city of Arusha, Tanzania.

His research adopts the definition of “service co-production” as the process through which inputs used to produce goods or a service are contributed by individuals who are not in the same organisations.

“I sought to interrogate whether emerging co-productive arrangements are indicative of an alternative form of city governance in the global south,” he explained.

His study adopted a relational approach, informed by Actor-Network Theory in understanding human–material interactions in the urban sanitation chain.

“Interestingly, I found this process to be dynamic and contextually informed: Various actors interact and form networks at different moments in the sanitation chain,” he said.

“These networks make urban service delivery possible where one actor alone could not deliver, with the household central to delivery.”

Furaha explained that contextual factors such as culture, land tenure, gender and state inaction impact on delivery. But, despite structural constraints, his research reveals that co-production plays a key role in enabling urban infrastructure access and suggests an alternative form of city governance in the absence of an enabling state.

“My passion has always been the application of academic knowledge in solving real-world societal problems. I feel like the role of researchers and professional urban planners is not felt much by the local community members, particularly in the endeavour of preventing new unplanned settlements and their everyday urban challenges.”

Furaha feels it is unfortunate that most governments and stakeholders in Africa do little to supply enough surveyed and serviced land parcels for human settlements and guiding urban growth. For this reason, he has founded a not-for-profit organisation called Urban Planning for Community Change where he will use his skills and knowledge to assist his local community.

“My organisation will be an instrument for bridging the gap between theory and practice in planning, execution and practices of urban development initiatives in and outside Tanzania.” 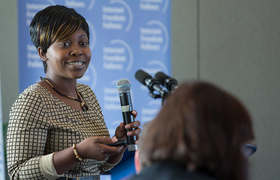 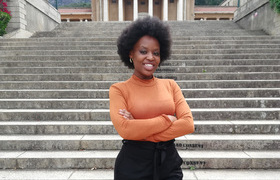 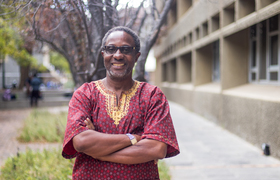