Animal rights on agenda at UCT

The plight of nonhuman animals and sentient beings was heard loud and clear at this year’s Cape Town Animal Conference, co-hosted by University of Cape Town (UCT) student society We Are Animals (WAA).

The conference, which ran on 14 and 15 September, saw presentations from noted scholars and activists such as Dr Elisa Galgut from UCTʼs Department of Philosophy, University of Johannesburg legal expert Professor David Bilchitz, Humane Society International/Africa director Tony Gerrans, and Jim Karani of Lawyers for Animal Protection in Africa.

WAA, which was first established on campus in 2014, joined forces with the Animal Coalition of Southern Africa (ACSA) and Animal Law Reform South Africa (ALRSA) to host the event. Sponsorship came from the Center for Animal Law Studies (CALS) at Lewis & Clark Law School in the United States.

It is the second year the conference has taken place, both times at UCT. One of the aims was to find common ground between advocating for the rights protection, justice and liberation of nonhumans and sentient beings, and human social, political and economic interests.

Another goal was to outline possible actions and initiatives to work towards a future where the legal rights of nonhumans and sentient beings are recognised and protected alongside human rights in a human-centric legal system and society.

UCT student and WAA head of social media and marketing Chloe Kingdom said it was an honour to host the conference, which emphasised the current legal status of nonhumans and sentients as well as the legal interventions and reforms needed to acknowledge them as rights holders.

She added that it provided an opportunity to report on and summarise the various operations of academics, legal experts, advocates and activists at all levels of society.

“This … marks a change in society’s overall perception of nonhumans in society and the relationships and interactions that we cultivate with them.”

“This indicates the growing awareness of nonhumans and sentient rights, and marks a change in society’s overall perception of nonhumans in society and the relationships and interactions that we cultivate with them,” said Kingdom.

Reflecting on the weekend’s presentations, she said the calibre of experts was indicative of the high-quality, evidence-based and consistent hard work being conducted in different spheres of animal rights advocacy and activism globally.

The legal panel on the final day, where Bilchitz, Gerrans and Karani were joined by consultant at Cullinan & Associates Sarah Kvalsig and the president of Wellbeing International Dr Andrew Rowan, was a highlight for her. Rowanʼs organisation, based in Maryland in the US, seeks to achieve optimal well-being for people, animals and the environment through collaborative engagement, education and science.

“The legal panel provided members of the public, especially representatives of animal welfare NGOs, with the opportunity to pose questions to the legal experts on the current status of a variety of animal welfare cases in South Africa,” said Kingdom. 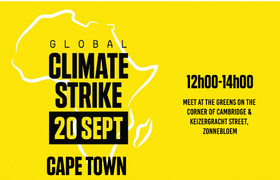 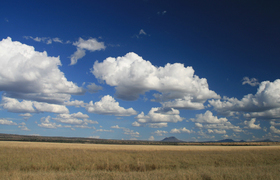 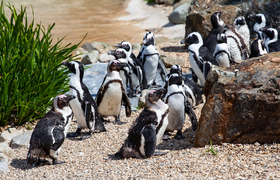 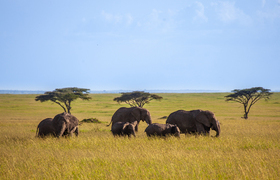