When Qobo Ningiza becomes the country’s first deaf law graduate next Friday, 12 April, he will continue a tradition that has seen some of South Africa’s most prominent leaders become formidable heroes of social justice through their study of this challenging subject.

Not only did Ningiza have to overcome the formidable hurdles of a school experience with poor educational resources and limited opportunities for tertiary study, he then faced the matter of successfully navigating a study path that relies heavily on verbal presentations and interactions.

Motivated by a desire to seek equality, he resolutely chose to face the odds and today his example is in itself a victory for social justice as he graduates with a Bachelor of Laws (LLB) degree – with aspirations of pursuing a career in human rights law.

Born and raised in Ntseshe location, Ngqamakhwe District in the Eastern Cape, Ningiza is the fifth of six children, and the only deaf person in his family. He describes his schooling experience as one of severe disadvantage since the limited resources at schools for the deaf meant that learners had to share textbooks and make do with poor infrastructure. A shortage of teachers meant they could also not choose their subjects but had to comply with a prescribed list.

Compared to the school experiences of his siblings, Ningiza grew up acutely conscious of these shortcomings in the implementation of human rights, and became determined to change the status quo.

His determination to pursue tertiary studies in law presented a new obstacle for him to overcome: He spent an entire year trying to gain entrance to a university that would accommodate a deaf law student. He recalled using public transport to travel the long distance to one such institution for registration. He found another aspiring student making the same journey, at that time a stranger but now a close friend.

When they arrived, the offices had already closed, so they spent the night sleeping next to a lamp post in the parking lot. When Ningiza finally got an interview he was told, within the first five minutes, that the institution would not be able to provide sign language interpreters and he was denied access yet again.

“At the University of Cape Town (UCT) … the Disability Service facilitated [Ningiza’s] registration for tuition and residence, and helped him to access comprehensive bursaries to address his financial situation.”

At the University of Cape Town (UCT), however, Ningiza’s experience was quite different. The Disability Service facilitated his registration for tuition and residence, and helped him to access comprehensive bursaries to address his financial situation.

He also received dedicated support with sign language interpretation and enjoyed help from fellow students with taking notes in class; it was impossible to take notes himself while concentrating simultaneously on an interpreter.

Much of the funding for UCT’s Disability Service and student bursaries is thanks to the support received from donors.

Ningiza, who is spending 2019 pursuing his LLM (masterʼs), is currently working on applications to law firms in order to serve his articles next year. But this is another challenge since firms have thus far been hesitant to accept him given that they do not have facilities for deaf candidates.

Ningiza is however hopeful that an opportunity will soon emerge and that he can begin his career.

“There is nothing I want more than to make a difference in other people’s lives. I believe that we are a country with a lot of potential and that many of our problems would disappear if we focused our energy on assisting those in need.” 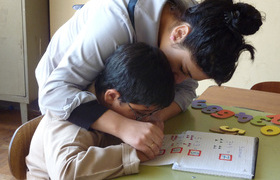 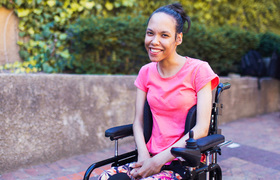 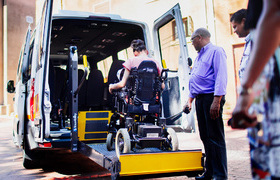 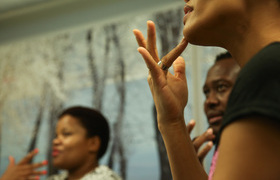