Numerous threats to the environment, including climate change, disease and habitat destruction, have placed the global bee species under threat, making them especially vulnerable to extinction.

That was the warning sounded in a research paper by Dr Annalie Melin, postdoctoral research fellow in the interdepartmental Centre for Statistics in Ecology, Environment and Conservation (SEEC) in the University of Cape Town’s (UCT) Faculty of Science.

Melin, together with co-author Dr Jonathan Colville, an honorary research associate at the SEEC, dedicated their research paper to assessing the rich taxonomic and natural history exploration of South African bees.

The paper, titled A review of 250 years of South African bee taxonomy and exploration (Hymenoptera: Apoidea: Anthophilia)*, describes bees as a “taxonomically diverse group of insects” with an estimated 20 000 species worldwide. They are also ecologically diverse, with a wide range of lifestyles, nesting behaviours and social complexities.

The paper shines the spotlight on South African bees and assesses the status of the taxonomic activity and exploration of the South African bee fauna, tracking its progress over the past two-and-a-half centuries.

“Another major concern is the diminishing capacity and expertise in South Africa to undertake bee surveys and species descriptions.

“Another major concern is the diminishing capacity and expertise in South Africa to undertake bee surveys and species descriptions.”

“This is especially concerning [given that] South Africaʼs pre-eminent bee taxonomist, responsible for the bulk of the taxonomic work undertaken in the last 40 years, is retiring next month,” Melin said.

According to Melin, during the first half of the study period, which focused on 1765 to 1895, a low rate of species of bees were described, followed by a sharp increase from the 1900s, and dropping gradually from the 1950s.

“The number of publishing taxonomists per five-year interval fluctuated over the study period, ranging from a low of between none and two taxonomists during 1765 to 1865 and again over 1940 to 1960, to a high of 11 taxonomists in the 2000s.

“The positive trend points towards an increase in the number of bee taxonomists over time. However, looking more closely at who has been doing the bulk of recent species descriptions, one realises that only one of these active taxonomists (Connal Eardley) is based in South Africa,” the paper indicates.

South Africa has been recognised globally as a bee diversity hotspot, with close to 1 000 bee species, many of which are endemic to the Fynbos and Succulent Karoo biomes. However, Melin said, more work needs to be done to achieve comprehensive bee inventories for South Africa.

“[There’s] an urgency to obtain these in light of reports of global bee declines and the unprecedented loss of species. Current global headlines proclaim ‘insect Armageddon’ due to drastic declines in insect numbers worldwide.”

According to Melin, bees are a “seemingly well-studied” insect group in South Africa, so highlighting the concerning situation for other less studied insect groups in the country. Unfortunately, she said, South Africa lags behind in its ability to document these declines.

“We only have the most basic of knowledge for many of our insects and this poses the very real possibility that we will lose insect species before we have discovered them.”

“We only have the most basic knowledge of many of our insects and this poses the very real possibility that we will lose insect species before we have discovered them.”

An enormous amount of work has been achieved during the past few decades, Melin said. But despite this, a significant effort is still needed. Additional research and resources are required to adequately document and fully characterise South Africa’s regional bee fauna.

To accomplish this, an urgent increase in local taxonomic capacity is required in order to increase the rate of insect species discovery and descriptions.

“Considering the significant ecological and economic importance of bees in South Africa, we hope that the need to increase bee taxonomic capacity will penetrate the portals of universities, as well as government and local funding bodies. This will require ring-fenced funding and, crucially, the creation of permanent jobs at universities, museums and government research institutes.

“If we consider bees as a surrogate group for other South African insects, the far-reaching implications of our results suggest that, overall, the South African entomofauna has been poorly surveyed,” Melin said. 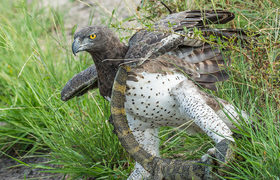 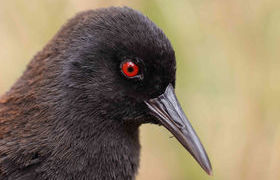 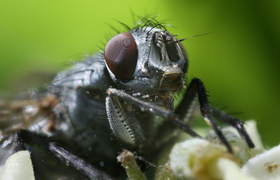 Research and innovation
Crime-busting maggots: how insects can be the key to unlocking murder cases 15 Aug 2017 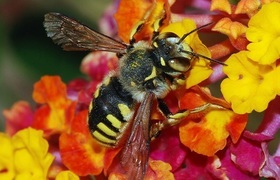