The University of Cape Town’s (UCT) Bertha Centre for Social Innovation and Entrepreneurship is set to play a central role in South Africa’s future investment strategies, ensuring that these count not only financially, but also environmentally and socially.

The Bertha Centre, at the UCT Graduate School of Business (GSB), will administer the new National Task Force for Impact Investment after South Africa became the first African country to join the Global Steering Group (GSG) for Impact Investing.

The initiative is set to give Africa a crucial voice in the global impact investing conversation, helping unlock meaningful benefits for the entire continent.

The GSG is a global body promoting investments that not only generate a financial return, but also deliver positive environmental and social outcomes. The group comprises 21 countries, in addition to the European Union.

Task force chairman Elias Masilela said South Africa’s inclusion in the GSG will usher in a new perspective in thinking about investing.

“This is an amazing development, as it signifies South Africa’s leadership role in the area of impact investing,” he added.

Susan de Witt, secretariat head and innovative finance lead at the Bertha Centre, said being part of the GSG will lend international credibility to the movement in South Africa, while allowing the country to learn from the experiences of other nations.

“One of the major advantages is that local representatives from the mainstream capital markets will be exposed to the global shifts in asset allocation,” she said.

In addition, they will “be able to develop the appropriate contextual vehicles and tools to do this, effectively spurred on by the efforts of major players such as Blackrock, Credit Suisse and UBS.”

According to the Global Impact Investing Network, the sum of money committed to impact investing globally has doubled in the past year. From $114 billion in mid-2017, there is now $230 billion in funds targeting relevant investments.

This rapid growth, the Network said, is largely due to greater awareness about how private investment can contribute to the achievement of the Sustainable Development Goals set by the United Nations. Estimates are that the world needs $2.5 trillion per year to hit the UN targets.

Meeting these goals is particularly crucial in South Africa, where poverty and inequality remain significant challenges. Attracting more private capital is imperative to support projects in areas including housing, education and water.

“It is imperative that South Arica continues to drum up the need for this consciousness towards investment.”

Masilela hailed as a crucial development the decision to give Africa a voice in the forum.

“With the strategic role that South Africa holds on the continent, as well as its representative voice on BRICS and other global forums, it is imperative that South Africa continues to drum up the need for this consciousness towards investment,” he said.

De Witt said that having sat in a number of these meetings, she has noted a serious absence of African opinion.

“Working groups with an international strategy often focus on Africa, but there is rarely an African in the room.”

As a member of the GSH, South Africa will be a fully-fledged member of the global impact investing movement, which will unlock meaningful opportunities for the country, she added.

Along with the addition of South Africa, advisory boards in New Zealand and Bangladesh will be admitted to the GSG this month. Its Board of Trustees also announced that its 2020 Impact Summit will take place in Johannesburg.

Sir Ronald Cohen, founder and chairman of the GSG, described the impact revolution as a global movement, the expansion of which to South Africa, Bangladesh and New Zealand underscores the spread to all corners of the world of “the pivot to risk, return and impact”. 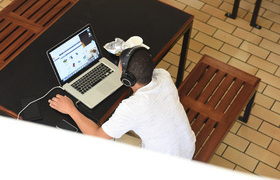 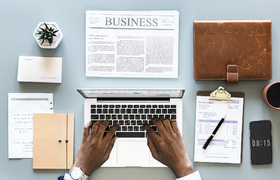