No compromise on research-intensive universities

Universities are national assets and catalysts for addressing inequality and enabling inclusivity in our society. But they can do this only if they are nationally responsive and globally competitive.

To successfully and simultaneously undertake these twin mandates, universities have to form part of a differentiated system in which different institutions have distinctive mandates.

All universities should deliver on their respective roles so that the diverse needs of the economy and society can be addressed collectively. In differentiated systems, some institutions produce vocational and technical skills, others develop first-degree graduates and professionals, while graduate and research-intensive institutions foster master’s degrees, PhDs, research outputs and technological innovations. Each part of the system has a specific and important role to play in the development of our country. Across the world, the most successful economies have differentiated higher education systems.

South Africa’s multiple policy papers recognise the value of a differentiated system. Yet, its importance does not seem to be internalised by stakeholders within higher education and government. The most recent manifestation of this is the discourse emerging within some sectors of government and higher education which recommends that fee increases be lower for research-intensive universities than for others.

On the surface, it may seem fair because these universities have the highest fees in the sector and they need to be lowered to equalise the fee structure in order to make the institutions more affordable. However, the logic of fairness ceases when one considers the distinctive mandates of research-intensive institutions. In South Africa, for example, Wits University and the University of Cape Town (UCT) together produce 20% of South Africa’s higher education research output. If one includes the other research-intensive universities – Pretoria, KwaZulu-Natal and Stellenbosch – the percentage is 52.1%.

Further, the quality of research output from Wits and UCT — measured through the Category Normalised Citation Impact scores — is 72% higher than the global average. Providing these institutions with a fee increase lower than other universities — and lower than CPI — would effectively reduce the net resources available to research-intensive universities and undermine their ability to deliver the important contribution they are making nationally. It would also reduce South Africa’s competitiveness in the global academy and the broader knowledge economy.

Those who are advocating for research-intensive universities to receive below-inflation increases ignore that a significant component of fees (about 70% at Wits) is paid through corporations, and other scholarships and bursaries. Though an increase below CPI will save money for corporations and other institutions, it will hurt the research-intensive universities which rely on this revenue stream.

This approach also neglects the fact that there are dissimilar cost structures among universities, based on their locations and mandates. Urban universities have far higher costs than those in smaller towns. Similarly, universities with engineering, health sciences and science faculties have higher cost structures. It is important to note that although the intention may be to equalise the system, the system in fact requires differentiation in order for us to achieve equality, accessibility and global competitiveness.

We want to be clear that there is a need to develop institutions that have been historically disadvantaged and we welcome the government’s commitment to do so. But we cannot build a higher-education system by compromising institutions at the apex of the system. South Africa cannot build higher education by taking resources from research-intensive universities while expecting to remain globally competitive. Instead, we should build the sector by demanding that Wits and UCT meet the national obligations of access and quality.

It is worth indicating in this regard that at Wits and UCT, black students (African, Indian, coloured, international) comprise the majority. Wits and UCT are fundamentally different institutions to what they were in 1994 and it is important that stakeholders acknowledge this. Moreover, Wits and UCT are increasingly accepting graduates from other universities into postgraduate studies, thereby enabling mobility in the higher education system — which is exactly what is required to be accessible, equitable and competitive.

As institutions committed to transformation, we believe in building a higher education system that is accessible, equitable and differentiated because this is in the best interest of South Africa’s national development goals. Research-intensive universities comprise one component of this differentiated higher education system and it is a significant element of our national system which enables South Africa to remain competitive in the global academy and economy.

Taking away resources from the research-intensive universities will not enhance the higher education system. Instead, it will effectively push all of us into a system of undifferentiated institutions. The net effect would be a false equality in which all of us become the same and our ability to compete globally will be diminished. It is worthwhile noting that in China and the Southeast Asian nations, selected institutions have been identified as research-intensive ones, with resources poured into them to enable their competitive engagement in the global academy and economy.

Both Wits and UCT acknowledge that our relative advantage today is the product of an unequal history but we cannot address the historical injustices by destroying the relative advantage of these institutions. Rather, we should address this issue by deploying these institutions to meet the objectives of the nation itself: class mobility, addressing inequality, demographic transformation of our professional classes and ultimately contributing to the inclusive development of our society.

This is the only way to address historical injustices. Any other way would be a false equality that pushes us towards a collective mediocrity in which South Africa and Africa will forever be subject to the whims and decisions of the better-endowed parts of our world.

This article first appeared in the Sunday Times on 7 October. 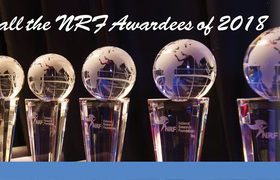 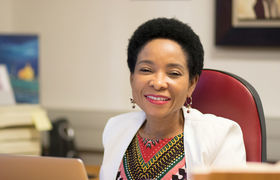 Research and innovation
Beyond the metrics: why care about how we assess research impact? 05 Jul 2018