The Faculty of Commerce and the Cape Town Alumni Chapter recently hosted the second in the UCT Talks series, a TED-styled showcase of new or recently published faculty research.

Taking full advantage of their 15-minute slots, the six presenters unveiled their work to an audience of alumni, staff and students. The initiative aims to stimulate research in the faculty, said acting deputy dean Dr Sure Mataramvura. All six topics also addressed transformation and engaged scholarship, he added.

The alumni chapter’s Laurence Gawronsky (BBusSc, 1979) said at the event that research had played a pivotal part in UCT’s rise to 156th place in the recent Times Higher Education (THE) World University Rankings, where it retains its top spot in Africa.

“There is excellent work being done [in the faculty] but it’s a bit of a secret. The UCT Talks series hopes to change [this],” he said.

Associate Professor Ines Meyer (organisational psychology) spoke about her research on the future of work and the nature of sustainable lives. Work for pay remains an important part of our social structure and underpins the government’s National Development Plan, she said.

But is job creation the solution to unemployment and growing the economy? Meyer’s research suggests that there’s more at stake: The Fourth Industrial Revolution and artificial intelligence will disrupt job creation.

“We need to remind ourselves why we started paying people for work – and what work symbolises.”

“Work and its meaning are changing. While we might create new jobs, job losses will outnumber these. We need to remind ourselves why we started paying people for work – and what work symbolises. We need jobs to live in dignity. But what makes a life dignified?”

Economist Amartya Sen suggested it is having enough resources to realise our full potential as human beings, she said.

“Money gives us freedom of choices,” Meyer continued. “But how much pay is enough to allow a life of dignity? This has been the question of our research for the past two years.”

Pitso Tsibolane describes himself as a digital transformation investigator, interested in how information and communications technologies (ICTs) and technology will improve people’s lives, and how this happens. His research examines the role of technology in stokvels, the sole savings mechanism for millions of South Africans. Tsibolane says the digital boom is shaping the way stokvel groups manage their lending and savings. Offering immediate connectivity, mobile phones are enhancing the already strong patterns of social cohesion among stokvel groups and providing access to information about key purchasing factors, such as brand and price.

“The digitisation of ordinary, everyday human activities is precipitating profound transformation of our social systems,” he said. “The nature and meaning of indigenous institutions such as stokvels is changing and affecting large sections of the population.”

He left the audience with an intriguing question: “But are digital technologies enabling humanity to live our best lives?”

Performance art is not confined to dramatic productions and the media, said Dr Carla Lever (Nelson Mandela School of Public Governance). Her research on spectacle as a political language spotlights performance and communication. And who better to illustrate “spectacle versus substance” than US president Donald Trump and his “politics of distraction”?

But Lever’s work challenges the notion that spectacle is a bad thing in political communication.

“My big question is: How [do] people have difficult national conversations in a country separated by geography, language and income? How do we meaningfully participate in big, difficult conversations?”

She added: “The sooner we understand spectacle as a national language of dissent and debate, the sooner we can understand how difficult conversations can and should change South Africa where it’s difficult to get a place at the table to participate meaningfully.

“Many parties debate their points with the ANC; the EFF perform their objections – and they’re heard!”

“It may be interesting to think about spectacle as a powerful national language … Theatre is very eloquent. The EFF have used the power of spectacle to make changes in our Parliamentary system – the kind of challenge that language can’t. Many parties debate their points with the ANC; the EFF perform their objections – and they’re heard!”

His field draws on game theory, which provides the tools to analyse which strategies or patterns of behaviour emerge over time through a process of adaptation.

“How does network architecture influence diffusion? In terms of network connectivity, it’s relatively easy to enter a market where consumers are not highly connected.”

Citing the example of Hotmail’s introduction in 1996, Opolot said they had used a strategy to diffuse Hotmail by making a statement: “Want free email? Sign up today.”.

“This resulted in a cascade of adoption. A year later there were 12 million users. When Gmail was introduced in 2004 a similar strategy was used but had a more exclusive invitation to users.

“If we know these kinds of structures, how can we exploit them to try to diffuse the products that have these networks?”

He suggested that youʼd want to take lessons from successful examples that exist and use modelling to predict what outcomes might happen.

Dr Ameeta Jaga (organisational psychology) presented her work on the benefits of supporting breastfeeding at work. In South Africa, high breastfeeding initiation rates have dropped drastically, despite the World Health Organization’s recommendation that six months of breastfeeding is optimal for infants.

Legislation also stipulates that mothers have the right to two half-hour paid breaks a day for breastfeeding or expressing milk during the first six months of their child’s life.

Jaga said that a survey of 312 women found the most common reasons for quitting were: no suitable space, no storage facilities, lack of awareness, and a perceived lack of management support. However, they found that mothers who breastfed at work were more committed to their company, productivity increased, and staff turnover fell.

Dr James Lappeman (School of Management Studies) researches low-income consumer behaviour. But information on this sector is scant, with only four studies by 2012 on a group that comprises 70% of the population. Most studies were suited to first-world conditions.

“Why are we still using marketing and consumer behaviour models that don’t speak to the South African experience? We need to create local knowledge and our own textbooks on our own country.”

Approximately 60 to 70% of South African households earn a household income of less than R6 000 a month. The average is closer to R3 500. How do low-income households manage their monthly living expenses?

Using a longitudinal financial diary, Lappeman and his team sampled over 80 households in four locations in four provinces over four months.

“It was rare in low income households to find one month looking like the next.”

“It was rare in low-income households to find one month looking like the next. Usually there were few fixed expenses – only the funeral policy or stokvel.

“No American model fits that. It’s not one rice brand competing with another. It’s rice competing with other forms of starch and food groups, or airtime or school fees.” 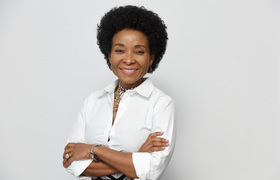 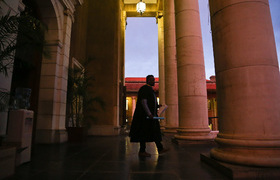 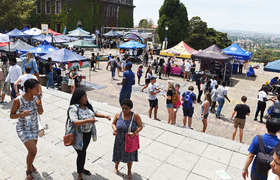