Professor Ingrid Woolard, a research associate in the Southern Africa Labour and Development Research Unit (SALDRU), has been appointed by the Minister of Finance and the head of the Davis Tax Committee to chair an independent panel that will explore the expansion of VAT-free products for South Africans.

For the first time since 1993, VAT was increased by one percentage point, from 14% to 15%, on 1 April. The hike is expected to raise an additional R22.9 billion for the ailing fiscus. Finance minister Nhlanhla Nene is also keen to expand the current basket of 19 zero-rated items to limit the impact of the VAT increase on poorer households.

The panel, headed by Woolard and including prominent experts, will also look at other ways of assisting low-income households, through initiatives such as the national school feeding programme, food stamps and other mechanisms.

VAT, though unpopular with consumers, raises money quickly and easily for the fiscus and is an easy system to administer, says Woolard.

“The tricky issue is that while government needs more revenue to fill the hole in the fiscus, if you start to talk about more zero ratings and exemptions – which benefit the poor but also the non-poor – you’re immediately eroding that increase in revenue. So, it’s not an easy mandate.”

Woolard and her committee will be working to very tight deadlines to complete the work by the end of June. It’s a quick turnaround, but it’s important work, she says. The work also plays to her strengths as a researcher with a long association with SALDRU and the School of Economics. For nearly 50 years SALDRU has compiled a formidable body of research in the fields of poverty, inequality and labour.

“This is what I like doing; it’s somewhat technical work but it’s completely applied – you can see the impact of the work.”

It’s also high time that the current list of zero-rated goods was revised, she says. The original list was put together in a hurry when VAT was introduced, and consumption patterns change over time. Poorer consumers don’t only eat zero-rated foods, and the call is for the basket to include other food items, such as chicken, polony, peanut butter, jam, cheese and margarine, as well as non-food items such as candles, soap and feminine hygiene products.

“What you’re trying to do with zero-rated items is choose items that are consumed by poorer people but also very well defined so that there isn’t endless litigation over whether an item is or isn’t zero-rated. For example, even in the case of brown bread SARS has had to draw up recipes for what constitutes a brown loaf!

“You need tightly defined goods with no room for avoidance or mislabelling. And you need items that are disproportionately bought by the poor. But what those items might be is not straightforward. Both rich and poor eat fruit and vegetables.”

Woolard is also mindful of the Minister of Health’s call for healthier eating choices, and this might provide an opportunity to consider whether items such as sugar (and polony) should be zero-rated.

The panel will have licence to investigate other creative ways of alleviating the burden on the poor, such as expanding the school nutrition programme. Would they consider zero-rating school uniforms and books?

“But poor people generally can’t afford to buy books, so you’d be losing a large amount of revenue by exempting books; it would essentially be a subsidy to richer households. It’s an example of an item that is clearly defined, but it’s not clear it’s pro-poor.”

Zero-rating school uniforms will also be investigated, but it may be difficult to include because it’s harder to define the items, says Woolard.

“Are we talking about any white shirt from Edgars, Woolworths, Pep or Ackermans? You could probably do better by introducing a voucher to poorer households, rather than a subsidy on an item that everybody buys. But we’ll certainly be looking at uniforms and school shoes.”

Typically, developing countries rely more heavily on indirect taxes than developed countries, says Woolard. They often have very high excise taxes and tariffs on imported and luxury goods. The South African system is unusual in that the biggest source of tax revenue is personal income tax. The VAT rate is not particularly high by global standards.

“What’s quite important about South Africa’s VAT system is that it is very broad-based, so there are very few exemptions. It’s an example of what is termed a ‘modern VAT’ in that almost all goods are included at the same rate in order not to distort relative prices. Government has been very careful over the past 20 years not to erode the broad base. Our work will be an opportunity to take stock of what was done originally and ask, ‘Was that the right way to approach it?’

“In a highly unequal country like ours, you don’t want a neutral tax system; you want a highly progressive system where the rich are paying more. It’s not enough to have a system that is not regressive. It must be progressive.”

“In a highly unequal country like ours, you don’t want a neutral tax system; you want a highly progressive system where the rich are paying more.”

In a paper published on web forum Econ3x3 (October 2015), Woolard and her co-authors from UCT, the World Bank and Tulane University in Louisiana in the US examined how inequality is reduced by progressive taxes like VAT and pro-poor social spending.

The idea is that the poor should bear less of the tax burden and enjoy more of the benefits of social spending. South Africa’s system is “mildly progressive”; those with higher taxable incomes pay progressively more of their income on tax.

Their research showed that the wealthiest 10% of South Africans earn about 63.7% of total market income, but they pay 86.9% of total personal income tax. In 2010 the poorest 40% of citizens contributed 5% of total indirect tax collections, compared with their share of 48% in total disposable income.

Government spending on the poor (on health, education, social grants, services, and so on) is highly progressive.

Amid calls for even higher taxes on the rich to better help the poor, given the levels of economic inequality, Woolard and her co-authors say further research is vital to determine how this policy might affect outcomes such as growth, unemployment, poverty and economic efficiency.

It’s unlikely, they argue, that fiscal redistribution on its own will result in the desired reductions in inequality. 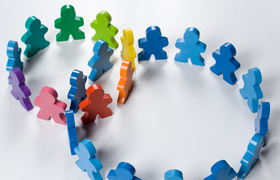 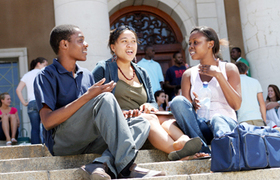