The unexpected appetites of predators in the Karoo

An extensive study on the eating habits of predators on farms and a reserve in the Karoo has yielded some surprising findings. Few of the predators in the reserve including leopards jackal and caracal prey on livestock on neighbouring farmland. This finding contrasts with the widespread perception by farmers that protected areas are ‘predator nests’ that present a constant threat to livestock. The findings lay a useful base for an attempt to understand and resolve the ongoing conflict between farmers and predators in South Africa.

The first time that French researcher Marine Drouilly laid eyes on a caracal – one of her favourite wild animals – it was lying lifeless on the lawn in front of a farm house in the Northern Cape. Alongside it were a number of black-backed jackals – all with gunshot wounds.

When she approached the farmer about the macabre sight he  told her about the perpetual conflict between carnivores – particularly jackals and caracals – and the region’s sheep farmers.

“It was clear that he regretted killing those animals, but he said it was either that or his livelihood,” she explains.

This conversation left Drouilly feeling conflicted: “While my passion is wildlife, I care deeply for the plight of the farmer and his family and acknowledged the importance of small livestock to the Karoo economy.”

In trying to learn more about the wildlife conflict that affects most of the farmers in South Africa, she was surprised to find that there was a lack of consensus by government, nongovernmental organisations (NGOs) and researchers on both the drivers of conflict and potential solutions.

“Of greatest concern was the lack of relevant research on these predators – most studies have been done in protected areas where sheep are not part of the landscape, and I could not find much research on caracals in general” she says.

When she had an opportunity to register for a PhD at UCT in 2013 – under the main supervision of Professor Justin O’Riain, director of the Institute for Communities and Wildlife in Africa – she knew that this complex conflict between farmers and small predators was the topic she would tackle. She founded the Karoo Predator Project so she could communicate her objectives and findings to all the farmers and so they would recognize her in the field with her logo on her vehicle.

Drouilly’s research is on a steady course to help raise awareness about the challenges of farming with wildlife.

In order to understand how the presence of livestock influences predators Drouilly split her research between two contrasting areas: small-livestock farmland in the Central Karoo (dominated by domestic sheep) and a nature reserve in the Western Cape – Anysberg Nature Reserve located about 40 kilometres from the farmland.

To understand predator diet Drouilly set out to compare the scat (droppings) of jackals, caracals and leopards found in these two landscapes. She also set up an extensive network of camera traps to find out what medium- to large-sized mammals are available as prey to predators in the two areas.

“I walked thousands of kilometres and conducted what at the time was the largest camera trap survey in the history of the Karoo to understand wildlife on farms and the nearby protected area,” explains Drouilly.

Throughout this period, Drouilly lived mostly with farmers and completely immersed herself in their daily lives.

“I learned a lot about the conflict not only with predators but with other stakeholders and how different groups perceive the problems and possible solutions,” she says.

The first fruit of her labour was recently released in the form of a research article – ‘Dietary niche relationships among predators on farmland and a protected area’ – in the Journal of Wildlife Management.

While many of the findings were close to what Drouilly had expected, there were some surprises.

In contrast to farmers’ beliefs, jackals, caracals and leopards in the protected area rarely consumed livestock, despite frequently moving out onto farmlands. Drouilly found no remains of domestic sheep in any of the scat in the reserve. “This is positive news that might help the relationships between farmers and reserve managers in the future,” says Drouilly.

It turned out that farmers were right to be concerned about jackals on farmland, which consumed more sheep than predicted by their availability in the landscape.  This is something farmers all agree with but there was no scientific data to back it up.

Caracals by contrast did not prefer livestock to similar sized wild prey.   Thus while lambs and sheep made up the biggest component of their diet on farmland, the caracals showed a preference for dassies and small antelope. Our results suggest that maintaining healthy dassie  populations may reduce livestock losses to caracal predation.

No leopard were detected on farmland as was expected and those living in the protected area showed a preference for bushpig and mountain-dwelling antelopes with no appetite for livestock.

What can be done?

While Drouilly’s study has shed light on the ongoing conflict between farmers and predators in the Karoo, she believes that a lot more can be done by academics, government, NGOs – and everyone who consumes meat.

“The current conflict between farmers and predators is serious – sheep losses remain high in many areas despite extensive and diverse predator and predation control operations,” Drouilly says.

The already tense situation is aggravated by the deep divides between farmers and so-called ‘green groups’ who cannot agree on the best methods to manage livestock losses.

Several factors, argues Drouilly, could help to alleviate the situation. There needs to be more funding for applied research on how to improve farmers’ livelihoods while not adversely affecting the welfare and health of wildlife. There is a lack of appropriately scaled research on the long term costs and benefits of both lethal and non-lethal management approaches with the result that many bad practices are retained and good alternatives overlooked.  NGOs and the government need to step in and help farmers to improve their management of predators and livestock, as farmers simply cannot bear the full cost of predation alone. NGOs could also help fund non-lethal tools for farmers; some are doing it already by placing guard dogs on farms, for example.

Finally, if people want to keep eating meat raised with free-ranging predators, they will have to help find or fund solutions, Drouilly argues.

If everyone gets involved and communicates better, it might be possible to find some lasting solutions.

But there is a long way to go. “At the moment,” she says, “I have the feeling that we are only beginning to recognise the extent of the problem.” 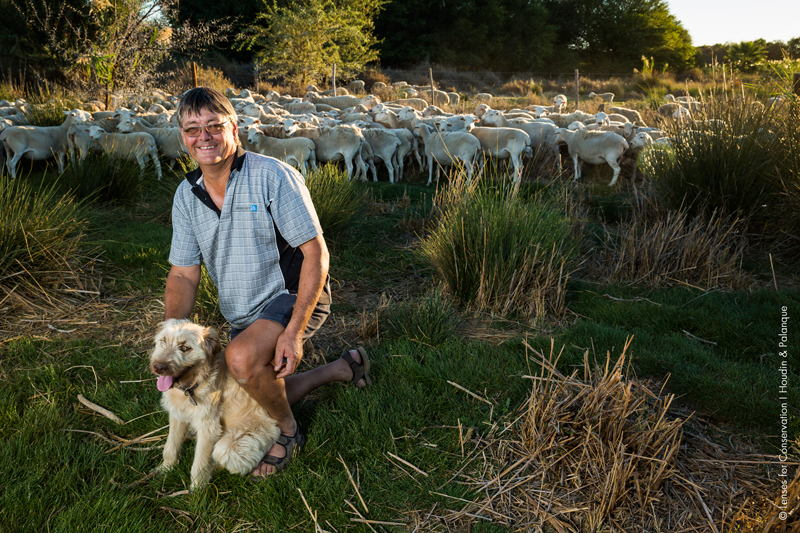 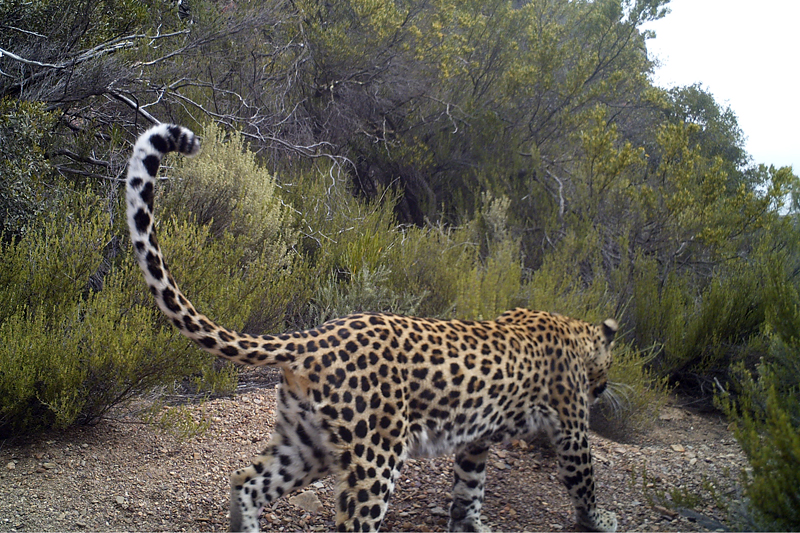 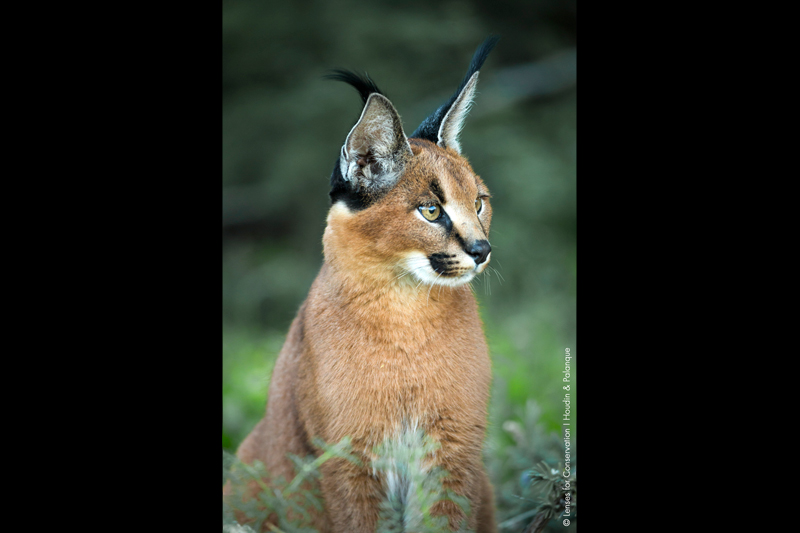 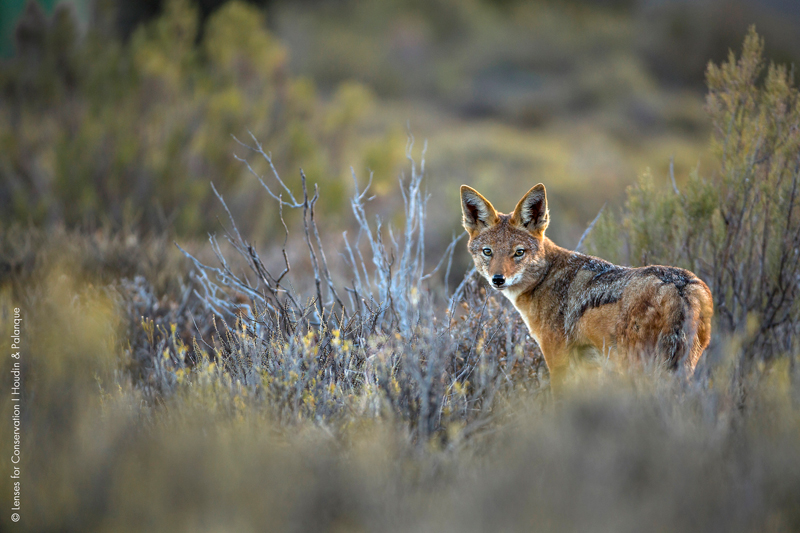