The African Academy of Sciences is awarding US$11 million to four leading African researchers to accelerate the use of genomics to better understand how the environment and human genes influence the susceptibility of Africans to certain diseases, and their response to treatment.

Genomics is the scientific study of an individual’s genes, including their interaction with each other and with the environment.

Genomics has helped to provide insight into the understanding of diseases, such as cancer and diabetes, which are influenced by genetic and environmental factors, thereby offering insights for developing new diagnostic methods, therapies and treatments.

The University of Cape Town’s (UCT) Hearing Impairment Genetics Studies in Africa programme has been awarded grant funding of more than US$2 million to fund research that offers the potential to identify genes that cause non-syndromic hearing loss – loss of hearing that is not associated with other signs and symptoms.

“We will research the largest sample of sub-Saharan Africans from Cameroon, Mali, Ghana and South Africa to better understand the genetic causes of non-syndromic hearing impairment in African populations.”

Grants were also awarded to researchers from Ethiopia, Gambia and Uganda to lead four-year programmes to promote south-south collaboration through the Human Heredity and Health in Africa (H3Africa) Initiative.

The H3Africa projects include a component to build infrastructure and contribute to the development of the necessary expertise among African scientists, and to train skilled genomics researchers in Africa.

“As the world is moving towards precision medicine, having a critical mass of skilled labour is important for laying a firm foundation for its success in Africa. Promoting and sustaining this momentum is crucial if the continent is to competitively offer the right health interventions at the right time and to the right people in the near future,” said Dr Jenniffer Mabuka, H3Africa programme manager for the AAS.

Read the profiles of all the grant awardees... 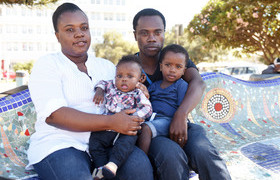 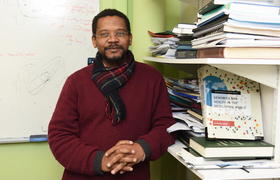 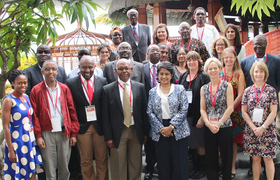