Professor Di McIntyre, a legend in health economics circles, made an impassioned plea to Minister of Health Aaron Motsoaledi in her valedictory lecture on 9 November 2017.

Since joining UCT in 1988, McIntyre has become the leading name in health economics in Africa. The number of tributes that flowed her way and the breadth of their origins was proof of the massive respect she has garnered across the world for her contributions to health economics and public health.

When Motsoaledi proposed the National Health Insurance (NHI) green paper, much of it was based on McIntyre’s research. So when she makes a plea to the minister, it holds massive weight.

McIntyre had some proposals that would work towards improving South Africa’s public health system and wouldn’t cost too much.

“I don’t think people are being honest about their goals. But I think if there is some honesty we can at least engage.”

“There are things that we can still do that can already make a massive difference in terms of people’s access to health services. We really need to be doing more around community health worker programmes.

“We can be improving access to medicines. I think that one of the key things that we can be implementing, and it does not require good governance at a central level, et cetera, or massive amounts of additional funds, is that I really believe we should be putting some energy into piloting the whole question of decentralised management and seeing to what extent there is management capacity, to what extent it makes a difference.

“One of our biggest challenges is in terms of staff morale. And I can only imagine that if a manager is able to be responsive to the staff, to the staff’s needs and their concerns, there’s going to be much greater staff satisfaction, greater productivity, and so on.

“My sense is leave the [medical aid] schemes alone. Leave them alone for now. Start getting this sort of stuff done."

The NHI seeks to make things like this a reality for all South Africans through a universal healthcare system (a term McIntyre prefers to ‘national health insurance’).

But a new committee, the Advisory Committee on Consolidation of Financing Arrangements, has McIntyre worried. It seems to be turning the carefully developed NHI proposals on their head.

“Essentially, this committee is tasked with coming up with separate funding arrangements for civil servants, formal sector from big firms, formal sector from small to medium enterprises, informal sector and the unemployed. Now there’s very little detail on what is going to be done, but suddenly this thing has come up, and that there should be mandatory medical scheme cover and contributions for all formal employees and their dependants.”

There is a lack of clarity about what exactly is being proposed in the different areas, said McIntyre.

“I don’t understand how it’s going to be possible to bring in a lot of low-income workers who are not currently covered for a comprehensive package of services at a rate that the employees and the employers can afford.

“So guess what is going to happen. Government is going to have to subsidise it, big time. So we’re going to take all that money and put it there for a small section of the population.”

Something that is being said internationally about the move towards universal coverage and universal health systems is that it is moving away from tying entitlements to health services to one’s employment status to a point where one’s entitlements are based on one’s citizenship or one’s residence, said McIntyre.

“Instead we’re going to go for a multi-tiered health system which is fragmented among socio-economic groups.”

McIntyre dismissed suggestions that this kind of tiered system was “transitional”, pointing out that it had not worked in any country with a similar socio-economic character to ours.

“It’s not transitional. It’s a complete and utter U-turn. A colleague that I was chatting to hit the nail completely on the head: the evidence is overwhelming.

“I’m appealing to the minister because the minister is the person who can change this. He’s the one who put out the gazette with the different committees. They have put it on hold and they’ve now invited additional comment until the end of November. He can stop this. He can stop this insanity.

“I’m going to have this mantra: ‘So you want to do that? What do you want to achieve? What are your goals? And how is that going to get us to those goals?’ And I don’t think people are being honest about their goals. But I think if there is some honesty we can at least engage.” 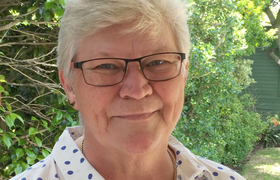 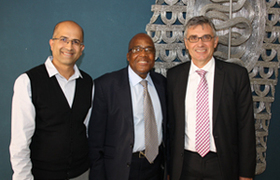