Bianca Kaiser has had some interesting conversations in her 10 years at the UCT switchboard. It takes sangfroid to deal with body donors, serial screamers and occasional suggestive invitations. There are days the honey-voiced Kaiser would rather be on stage, singing in front of a thousand people.

She was new at the switchboard when the first body donor called. No one had told her that people willed their mortal remains to the medical school. It was an awkward few minutes. The mellow-toned Kaiser has also fielded her share of suggestive invitations.

“This is a switchboard, sir,” is her usual firm response to those who breach boundaries. And then there are the calls that break her heart: distraught parents who’ve just witnessed TV footage of looted art burning on Residence Road.

“They just want to know that their children are safe.”

These are just some of the times she’d much rather be singing.

As for the serial screamer, security traced and identified him: a disgruntled ex-student whose abuse was targeted at the university, through her headphones.

He doesn’t call any more.

There’s a country song that goes something like that, and country is a large part of Kaiser’s repertoire. For the past 17 years she has had a second career, dipping back into the past to sing everything from Patsy Cline, the Everly Brothers, The Eagles, The Carpenters and Creedence Clearwater Revival. These are the songs she learnt at her Ouma Sophie’s knee. She also composes her own music and lyrics.

Kaiser’s not sure where the musical gene originated. Ouma Sophie loved country music and Gran Gwenda sang Elvis. When lyrics failed her, she whistled. But she wasn’t a performer.

Things were different for their granddaughter. Kaiser remembers going on stage with Ouma Sophie when she was just two and a half, at a crowded Kempton Park mall promo with the moustachioed Ken Mullan, who sang what the Blues Brothers once referred to as “both kinds of music”: country and western.

Mullan took the diminutive songbird by the hand and together they sang Patsy Cline’s “I Fall to Pieces”. It was Ouma Sophie’s favourite and it’s been a part of Kaiser’s repertoire ever since. (Sadly, Ouma Sophie died on Women’s Day 12 years ago.)

“It’s still special for me and I’d like to record it properly one day.”

Singing in front of a thousand-strong audience? Kaiser did that as a 12-year-old and won dad Jimmy a Father’s Day hamper. At 15 she started singing part-time with Barry Burét of local band Rocking Horse. They’ve been doing gigs for over 17 years as Desert Moon, mostly pairing up to perform at corporate and private functions, weddings, concerts and charity events.

“I’ll sing with Barry until he hangs up his guitar,” Kaiser says. “He is a very special person in my life and I wouldn’t be where I am musically, if it wasn't for him.”

Many songs from their repertoire have memories attached to them.

“I sing with a lot of heart because I want the audience to feel what I feel,” says Kaiser. “If I can do that, I know I’ve done my job.”

“I sing with a lot of heart because I want the audience to feel what I feel,” says Kaiser. “If I can do that, I know I’ve done my job.”

Dire Straits’ “Walk of Life” is her go-to song, a pick-me-up on any day. And they always end the set with “You’ll Never Walk Alone”, the Liverpool FC anthem, originally made famous by Gerry and the Pacemakers.

Kaiser likes to dress for her audience, but, no, there’s no star-spangled stage persona; no big-buckle belts, rhinestone cuffs or pig-skin fringing.

Besides music and performance, Kaiser is single mom to nine-year-old Shane, “the love of my life”, and works hard to provide “a good and happy life” for him. He has a science and maths bent, but there may just be an inkling of his parents’ musicality, Kaiser says.

Art is where she draws much of her own creative inspiration. Though she was “no great shakes” in the art class at Fish Hoek High School, Kaiser rediscovered the therapy in painting in 2012 and sketching in 2015/16, at the height of Rhodes Must Fall and Fees Must Fall campaigns The doodles in the margins of her notebook turned into sketches and relieved the stress of being on duty when the switchboard was lighting up like a Christmas tree.

The turmoil on campus came on top of a particularly rough few years of her own. One day she found a few blank school art canvasses and some paint at the bottom of a cupboard. There were poppies in the garden, so she painted those. She hung one on the wall at work and a colleague promptly bought it.

Poppies became her motif, a symbol of new life and beginnings. Kaiser has been painting (and selling) them ever since.

“To me it [poppies] was a sign of new and good things to come.”

And good things did come. Local climber and author Delaney Carpenter commissioned Kaiser to do the technical illustrations for her book 50 Things I Wish I’d Known When I Started Climbing (2015).

Kaiser’s smile is enigmatic. “Illustration is not something I ever thought I’d do.”

An offshoot of her art is doing make-up for glamour and boudoir shoots and private clients. Kaiser has never formally learnt the skills, but like her singing, she absorbs by listening, watching and then doing.

“My mom’s a qualified beauty therapist. I used to sit under her dressing table as a little girl and watch her put on make-up.”

But music is home.

When Rocking Horse member and song producer Tony Drake messaged to say that his friend, singer-songwriter Clive Barnett, had written some songs he wanted to record, Kaiser said, “Let’s go”.

“Broken Window” and “Bleeding Heart” were the results.

“I will also be recording some of my own stuff. I’m working alongside Clive and Trevor Barnett on an EP with a couple of my songs and a few of theirs. Some of the songs I’ve recorded are already playing on online radio stations in South Africa and all over Canada, Australia and the UK. It’s free and gets me out there as a musician.”

Kaiser hopes to launch her seven-track EP by the end of the year or beginning of next year.

Later this month she will fly to Australia for three weeks to attend the Gympie Music Muster festival at Amamoor Creek State Forest near Gympie, two hours north of Brisbane on the Sunshine Coast.

It’s an outdoor music mash of country, rock, bluegrass, blues and folk. Right up her street. Last year the festival attracted over 120 artists. Thousands of faithfuls (it’s been going for 36 years) camp out in the forest and live on music (and probably barbecue) for four days and the proceeds go to charity.

The trip to Gympie was an invitation from a friend who teamed up with Kaiser and Burét and another friend in South Africa recently for a series of pop-up gigs. They were a hit. It’s easy to imagine her sometime in the future, right at home on stage at Gympie.

Ouma Sophie and Gran Gwenda would be proud. 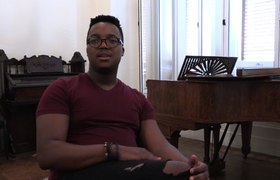 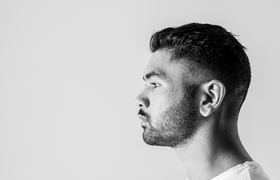 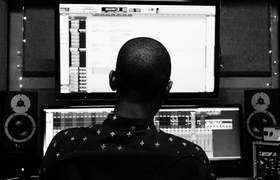 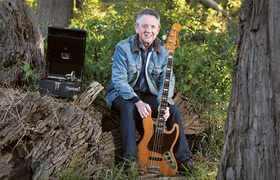