'This is our institution'

In a Daily Maverick interview last year, Wits' head, Professor Adam Habib, said that being a vice-chancellor at a South African university is a 'shitty job' – this against the backdrop of violent student protests and diminishing state funding and engagement. But Deputy Vice-Chancellor (DVC) Professor Francis Petersen says that he's fully prepared for his new role as Vice-Chancellor of the University of the Free State (UFS). He talked with Helen Swingler.

When do you start at UFS?

Officially on April Fool's Day (I also started at UCT on 1 April in 2008!), but luckily that is a Saturday, so I will only start on the Monday (3 April).

You began here as dean of the Faculty of Engineering & the Built Environment (EBE) in 2008, the same year that Dr Max Price joined as VC. Since your appointment as DVC in 2014, you've worked closely in tumultuous times. Has this primed you for your new role?

The different positions I have had in my career, especially at executive level, have all prepared me for my role as VC. I worked at executive level at a science council, where I focused on high-level operational and strategic management and strategic-planning-related research and development. In my role as Executive Head: Strategy at Anglo American Platinum, I was exposed to a corporate culture in a multinational firm – dealing with various challenges in real time and managing sensitive boardroom politics. When I was appointed to chair the Special Executive Task Team (SETT) last year, I worked very closely with Max Price and learnt a lot from him. Like me, he likes to understand the detail, so, in a sense, we worked seamlessly on the critical issues the university faced during the period 2015–2017. This all assisted me in preparing for my new role as VC of UFS.

Wits Vice-Chancellor Adam Habib told the Daily Maverick in an interview last year that being a VC in South African is a 'shitty job'. Was it an easy decision?

From a personal perspective, it was a natural progression, from dean to DVC to VC. That has always been part of my long-term plan. I fully appreciate that the higher education system is in a brittle state. What we need is strong and innovative leadership, not only in the university system, but also in government. I would like to provide the kind of leadership that will build a stronger higher education system. I would not say it is necessarily a shitty job – it is a challenging job, but it asks for different leadership skills to those of 10 to 12 years ago. Today, VCs are managing different situations. It is also the same in business. You need strong, innovative leadership that can engage with all the constituencies in an open and committed manner. However, you cannot go in [as a new VC] with your eyes closed.

As mentioned earlier, higher education is in a brittle state. One of the key reasons is that government has not funded higher education appropriately over the past 10 to 12 years, despite numerous calls from VCs to government, to the Department of Higher Education and Training and to Treasury, stressing the point that with funding increases for the system falling below the CPI [consumer price index] annually, we are heading for a crisis. I am not sure we can say they (government) have sold the sector down the river − and I am not arguing on behalf of government − but if you look at priorities within government … we do not have primary healthcare for everyone, many people do not have electricity, there are deficiencies in early childhood development … so there are a lot of social and development challenges. How do we weigh these up against higher education needs? But the challenge for me is that government should have taken that leadership role a long time ago. I do not think the leadership showed innovation or foresight, even when they were forewarned.

UFS has had its share of controversy over institutionalised racism in recent years, from the Reitz incident to the Shimla Park brawl. What's your vision for the institution?

My vision is to see how we can create an institutional climate where diversity, inclusivity and respect for one another are honoured. If we get that right, we will be able to generate a level of inherent strength that I think is locked up in the university to be able to excel in the functional areas of teaching and learning, research and innovation, and community engagement through scholarship. I have already started an inclusive process to create an integrated transformation plan for the university, which will tackle the very complex issue of institutional culture.

You mentioned that the leadership challenges for VCs and captains of industry have changed in the past 10 to 12 years. What is the most important role of a VC at this juncture?

First, to look internally so as to ensure that all stakeholders are being looked after, responded to and engaged with, whether it's about students, staff morale or academic issues. You cannot have absent leaders; VCs need to be much more engaged. Second, we are going to experience more financial challenges. Higher education is not going to get all the funding we need from government, so VCs must also build strategic partnerships with industry and commerce, nationally and internationally. And because transformation and the issue of inclusivity is so important, VCs need to play a much bigger role here – our current practices of how we deal with this effectively need to shift and VCs will have to lead different thinking in this context. 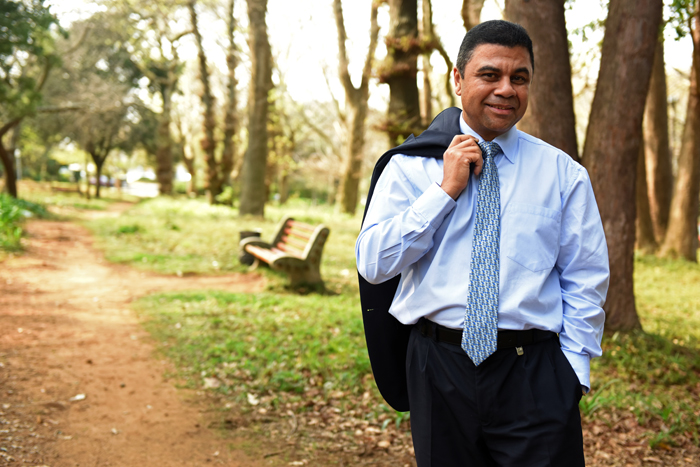 “The challenge for me is that government should have taken that leadership role a long time ago.” – DVC Prof Francis Petersen. Photo Je'nine May.

What have been your proudest achievements in your time as DVC at UCT?

A year after I was appointed DVC (in late 2014), I was asked to convene the Special Executive Task Team (SETT) to deal with pressing issues at the university. This took almost 80% of my time, although I was fortunate to have Professor Hugh Corder as a special executive assistant, providing oversight on certain areas of my portfolios. But four main highlights stand out. First was the insourcing project when more than 1 200 previously outsourced staff from six companies were brought on board in just six months. Second, the launch of the Hasso Plattner Institute of Design Thinking, or d-school, at the Graduate School of Business. Innovation and innovative thinking is one of my passions and the d-school will go a long way to creating new methodologies and thinking about the current challenges we face as a society. Third, the Recruitment Development and Retention Programme, which is a broad programme to groom young, early career academics, particularly those from disadvantaged communities, to become the next generation of academics and professors. Two main initiatives underpin this programme: the Next Generation of Academics Programme (nGAP) and the Next Generation Professoriate (NGP). The fourth concerns UCT as a research-led university. I believe the next paradigm shift lies where the disciplines meet and where we can create new science sites, opening up new avenues of innovation through an inter- and transdisciplinary focus. 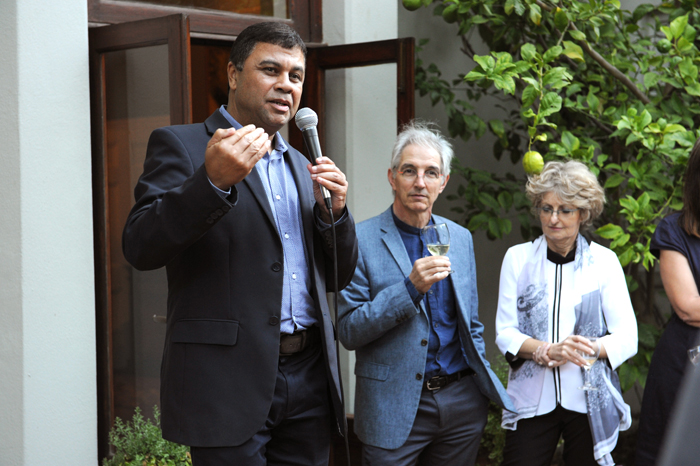 Prof Francis Petersen at his farewell, hosted by Vice-Chancellor Dr Max Price and his wife, Prof Deborah Posel, at Glenara (both in picture). Photo Michael Hammond.

And the low points?

I wanted to do more in the space of innovation. This comes back to the question, how do we take UCT to the next level? I believe that the university needs an innovation policy that looks at innovation in a holistic manner – not only as a linear outcome of a research process. But time and circumstances did not allow that. That was a great disappointment. Another low point came after insourcing: the trade union landscape has changed completely, and although I have raised this as a risk to the executive and Council, we were not fully prepared to respond to that. It created some challenges that sometimes got ugly. Third, when I came in as DVC, I had lots of ideas and I wanted to challenge existing processes and practices, but circumstances at the university required me to step into a different role and time did not allow me to explore these more actively.

Higher education is an increasingly complex and fraught sector. How do you manage high stress levels?

I am generally a calm person with a high tolerance level for handling stress. But I do exercise – I am in the gym three to four times a week, something I have done since my student days. I also enjoy mountain biking in the vineyards in Durbanville where I live.

UCT seems to be a breeding ground for VCs: Cheryl de la Rey at Pretoria, Sakhela Buhlungu at Fort Hare, Wim de Villiers at Stellenbosch, you at Free State.

UCT is contributing to developing the next level of leadership in higher education and it is a role and responsibility the university should never forget. It is the top university in Africa and there is a role it should play in that regard. The experience I have gained at UCT has put me in good stead going to Free State. There are fantastic people at UCT and I will maintain contact with many of them.

What is your farewell message to staff and students as we adjust to a delayed start to the academic year and with funding, access and transformation issues simmering in the background?

I want to encourage the campus community to continue opening up conversations. Through the Institutional Reconciliation and Transformation Commission (IRTC) [Steering Committee] we have had a good start, and hopefully the IRTC itself will foster this openness. We should never forget the importance of talking to one another. When it comes to the challenges facing the institution – whether they concern institutional culture, transformation, changes in the union landscape or austerity measures, accountability and leadership may lie with management, but ownership and responsibility rest with everyone. Like other universities, UCT faces a tough period over the next few years and this asks not only for firm, engaged leadership but also asks all staff and students to respond from the vantage point of: “This is our institution, and we need to have a committed, reasonable approach in making it better.” I believe that the IRTC will have to play a vital role in doing that.