Associate Professor Andrew Bosch of the University of Cape Town's Division of Exercise Science and Sports Medicine (ESSM) is involved in a study that will investigate whether training at high altitude causes specific genetic changes, ie creates a molecular “fingerprint”.

The results of the study will be used to distinguish between the effects of altitude training and blood manipulations that are used to improve sporting performance, such as the use of a drug called erythropoietin, more commonly referred to as EPO.

“This research is necessary in order to catch cheating athletes,” says Professor Bosch, “as many of the blood changes that occur with altitude training are similar to EPO, making anti-doping efforts very difficult.”

However, there may be some differences between the effects of altitude training and those of using EPO. In collaboration with the University of Brighton, UK, and Foro Italico in Rome, the ESSM study hopes to show differences that can ultimately be used for anti-doping purposes.

The first part of the study has already been completed by Professor Yannis Pitsiladis, professor of sport and exercise science at the University of Brighton. His study found specific molecular changes that result from using EPO, which means that the research consortium has already discovered the necessary EPO “fingerprint” to use in the comparison.

Professor Pitsiladis said of his results, “I believe we are close to a decisive breakthrough against doping.”

They are now looking for the “fingerprint” of high altitude training, which will allow the researchers to compare the two and hopefully allow the research teams to more easily detect blood manipulations, such as EPO use.

The study is being funded by the World Anti-Doping Agency (WADA) and the South African Institute for Drug-free Sport (SAIDS) in partnership with the sub2 project and Foro Italico in Rome.

Khalid Galant, CEO of the SAIDS, said, “The foundation of our testing strategy is rooted in the science of sport. We rely on our research partners, such as ESSM, to keep us at the cutting edge of anti-doping science so that we can constantly evolve our detection strategies.” 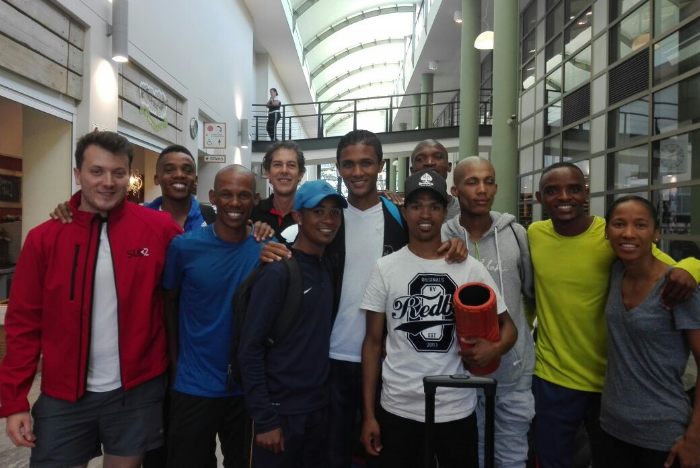 For the purposes of this study, 14 of the best runners from the Western Province, as well as two runners from Durban, underwent initial testing at the ESSM during the last week of January. Blood samples were taken and processed and a number of running tests were done in the ESSM exercise laboratories in the Sports Science Institute of South Africa.

“This study will be ground-breaking, not only in enhancing our understanding of the physiological effects of altitude training vs blood doping, but adding to our effectiveness in promoting drug-free sport,” said Professor Lambert, head of the ESSM. “Professor Bosch and collaborators should be congratulated in making this logistically challenging project a reality!”

The athletes will now spend four weeks living and training at the sub2 project's high altitude training facility in Ethiopia, which is located at the Kenenisa Resort, Sululta. During this time, the blood tests and running tests will be repeated a number of times, with the final tests being done just before the athletes return to Cape Town.

On return, the tests will be repeated over the subsequent four weeks, after which the study will end and the data will be analysed.

Professor Bosch hopes that the results will lead the way to creating a clear method to differentiate between illegal blood manipulations, such as EPO use, and legal training at altitude.