A cohort of 50 leading scientists from around the world will set off from Cape Town on a Russian vessel just before Christmas to circumnavigate Antarctica in a groundbreaking mission to explore the unexplored continent.

Dr Sarah Fawcett, from the Department of Oceanography at UCT, is the principal investigator of the only African-led project that has been selected to participate.

The Antarctic Circumnavigation Expedition (ACE), which is set to dramatically expand mankind's knowledge about this key region, is the first project of the Swiss Polar Institute, a newly created public–private partnership that aims to enhance international relations and collaboration. It also hopes to spark the interest of a new generation of young scientists and explorers in polar research.

The Swiss-funded ACE is composed of 22 different projects, bringing together research teams from six continents. They focus on different areas of study, which are all fundamental for a better understanding of Antarctica's ecosystems.

An open call for proposals was launched at the end of 2015 and more than 100 projects were submitted. An international panel of experts selected the projects according to criteria of scientific excellence. The process was conducted with the help of the polar-research institutions in ACE partner countries, including South Africa, Australia, Norway, the United Kingdom, France, Switzerland and the Russian Federation.

Projects include mapping and monitoring threatened species such as Southern Ocean whales, albatrosses and penguins; a study into what happens after the calving of a giant iceberg; and another designed to uncover the mystery of the ocean's 'false bottom'.

The organisers say that a better understanding of Antarctica is critical, not just for its preservation, but for the whole planet.

The poles, which are affected by climate change more than any other region on earth, play a central role in regulating climate. The Southern Ocean is, in many ways, the earth's most pristine region. But as much as it is untouched, it is also unknown.

A number of the projects to be conducted during the three-month circumnavigation are designed to test reactions and interactions in pristine conditions. This is normally very challenging because there are hardly any places left on earth with conditions similar to the preindustrial age. 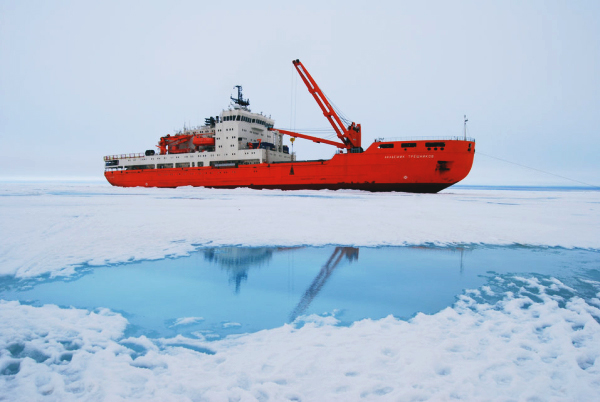 Dr Fawcett and her team's research while on the expedition will focus on profiling the Southern Ocean's microbial community.

The Southern Ocean plays an important role in earth's climate, storing more heat and carbon dioxide (CO2) than any other ocean region. However, this capacity of the global ocean to absorb CO2 is actually limited by the Southern Ocean because phytoplankton – the microscopic plants living in surface waters that convert CO2 to organic carbon through photosynthesis – do not fully consume the macronutrients (nitrogen and phosphorus) which are mixed up from the deep ocean into Southern Ocean surface waters.

While this is generally thought to result from a combination of iron and light limitation, the role of phytoplankton, bacterial and zooplankton (ie microbial) diversity is less well understood. Dr Fawcett explains that the team seeks to understand how microbial community composition affects organic carbon export in the Southern Ocean, and how this changes with changing nutrients sources.

Using a combination of cutting-edge chemical, biological and computation techniques, they aim to answer the following questions regarding the microbial community in the open Southern Ocean: Who is there? What are they doing? Why are they doing it? What are the implications for Antarctic nutrient cycling, ecosystem function and atmospheric CO2 absorption, both today and in a warming world?

This work has implications for South Africa's Oceans Economy, as Antarctic waters currently support globally significant fisheries, as well as for the management of vulnerable ecosystems.

In addition to Dr Fawcett and her team, there are seven other South African scientists, including UCT's Professor Peter Ryan, who will be participating in ACE as co-investigators and collaborators. Their research interests range from marine technology to microplastic pollution in the ocean. 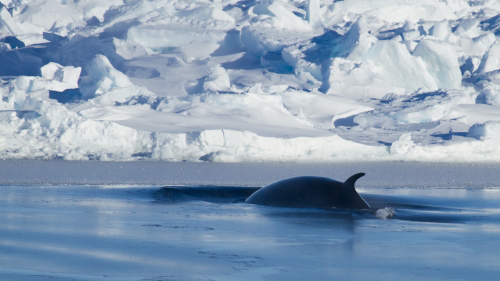