A reluctant farewell to DVC Visser

After 40 years in academia, 32 of which were spent at UCT, it is difficult for Professor Danie Visser, Deputy Vice-Chancellor (DVC) for Research and Internationalisation, to let go.

“Having a front-row seat to the discoveries flowing from our researchers is addictive and I suspect that I will have some serious withdrawal symptoms,” he says.

As acting DVC from 2008 and DVC from 2009, Visser was responsible for promoting the profile, impact and engagement of UCT research, advancing postgraduate studies and leading internationalisation at the university.

He also oversaw innovative interdisciplinary initiatives such as the African Climate and Development Initiative (ACDI) and the Poverty and Inequality Initiative (PII), which he took over from DVC Crain Soudien. Both initiatives have taken interdisciplinarity to new heights under the leadership of pro vice-chancellors Professor Mark New and Professor Murray Leibbrandt respectively.

At school, Visser wanted to study physics. He was dissuaded by his pessimistic physics teacher, however, who assured him that this was no way to make a living. Visser therefore followed his father's advice and studied law.

It was his mentors at the University of Pretoria that made an academic and an educator of him.

He recalls how Professor “Lappies” Labuschagne, who he describes as a philosopher disguised as a lawyer, recruited him as a junior lecturer and taught him how very exciting it can be to answer hard questions. And Professor Deon van Zyl who instilled in him a love of legal history and demonstrated its ability to shape the present.

Throughout his career, Visser proved van Zyl prophetic, making critical contributions to the law of unjustified enrichment, comparative law and legal history. In particular, he helped to foster an understanding of how systems that combine both English law and European civil law can contribute to global legal development.

After so many years in academia, there are almost too many highlights to mention. There have been travel opportunities, for which he is extremely grateful. He describes his visits to sites where big science is being done, such as the SALT telescope in Sutherland or the Large Hadron Collider at CERN in Geneva, as almost religious experiences.

South Africa's winning of the Square Kilometre Array (SKA) bid was momentous, Visser recounts. Not only due to the efforts of UCT astronomers in preparing the bid, but also for the capacity that UCT will need to build in order to take advantage of the data that will flow from this instrument.

He is also thrilled at the growth and successes of large-scale research centres at UCT, such as the Institute of Infectious Disease and Molecular Medicine (IDM) and the African Centre for Cities (ACC).

The changing face of research

The shift from a research-led to research-intensive university was not just a case of semantics. Research-led can be understood by some as relegating teaching to a place of lesser importance than research, explains Visser.

The term research-intensive is intended to stress the central place that the university gives to research, without downgrading the importance or quality of its teaching. 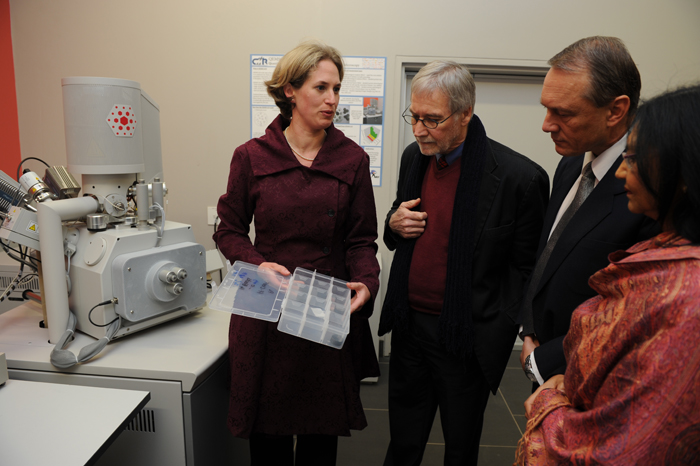 Within the changing realm of research, the increasing value of knowledge generation in the 21st century stands out for Visser, who says that the success of countries will be dependent on their ability to create the right kind of knowledge.

It is therefore all the more important for UCT to distinguish itself as a research-intensive university.

“Research-intensive universities should be central to every country's strategy to succeed in an economic environment that depends on the production of innovative solutions,” he says.

“Around the globe, a great many countries are investing heavily to strengthen their top universities, but, for various reasons, this is currently not South Africa's strategy.”

Finding the funding for these top-end universities to flourish is a critical challenge, he explains, and one that is vital to South Africa's growth.

“South Africa's legacy of discrimination means that we have to undo the damage that has been done to the performance of the university by not drawing on the full spectrum of talent in the country,” he notes.

The most radical shift in the research landscape has been the rise of information and communications technology (ICT), which allows researchers to delve into ever larger data sets.

These changes saw the creation of the eResearch Centre, the Inter-University Institute for Data-Intensive Astronomy, the African Research Cloud and the Data-Intensive Research Facility – a collaboration between several institutions that is being hosted by UCT.

A day in the life of a DVC

“My wife, Anita, sums up a DVC's days in two words: meetings and files. And what she means is this: meetings all day at the office and then one comes home and works through the files that have been accumulated for you that day.”

Visser maintains that the best part of a DVC's job is the vast possibilities presented by each new day. He never knows what will come his way when he arrives in the morning.

By the time he walks through the doors at Bremner with his packed lunch (preparing this is his duty, but he confesses that most days Anita makes it) he has attended a 05:00 gym session (three times a week), cooked breakfast for his wife and himself and has completed a full hour of work.

It is the people in this building, who he sees and works with every day, that Visser will miss the most. It will be an adjustment to think for himself again, he speculates, without Julia Novella, his personal assistant, anticipating his daily activities.

“I had always thought of myself as a hard-working person, but it is only since I came to Bremner that I have discovered the true meaning of that term!”

“Being a DVC involves more than one's own portfolio and I will miss the strong the sense of solidarity in the SLG; and, of course, I will miss the special bond that I have formed with so many researchers.” 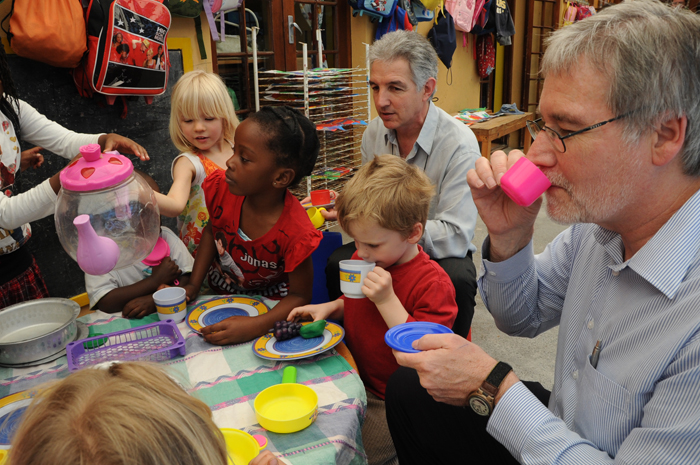 Visser's time at UCT has been bookended by periods of significant student and political unrest.

“I arrived at UCT amidst student protests against the apartheid government,” he says.

“To have lived through the process of emerging from apartheid and building our constitutional state since the early 1990s has been a fulfilling experience – I don't think any lawyer anywhere in the world could have wished for a more exciting period in which to work at a university.”

As a member of UCT's academic staff, Visser remembers supporting and marching with students during this time of despair.

“As so often is the case, contestation of the status quo leads to growth: although we are paying a heavy price in the course of this nationwide set of protests in some respects, I believe that we will emerge a stronger and more inclusive place.”

“In the modern research landscape, international cooperation is vital to the production of high-impact research, and any university that is serious about its research must stimulate and encourage international linkages. It is also vital that we grow our networks in the rest of Africa to ensure that our research properly responds to the needs of our continent. This I have tried to do, with the help of Evance Kalula and Marilet Sienaert,” says Visser.

“During the last decade there has been a renewed recognition internationally that the answers to most of the ‘wicked' problems in the world are to be found at the intersection of disciplines and, therefore, interdisciplinary research has been vigorously encouraged.”

“The African Climate and Development Initiative (ACDI), one of the VC's strategic initiatives, has as its central goal to pull together, in a federated form, the very strong groups working on climate change and development at UCT, in order to give us an even stronger identity in this field and to foster an enhanced interdisciplinary approach.”

The ACDI has spearheaded an interdisciplinary master's course and has attracted research funding. This culminated in the AXA Research Fund awarding the first research chair in Africa in African Climate Risk to Professor Mark New, the director of the ACDI.

The work of this initiative and its constituent parts is one of the main reasons why UCT has been ranked in the top 10 universities in the world on development studies by the QS Ranking of Universities, explains Visser.

Similarly, the Poverty and Inequality Initiative (PII), another of the VC's strategic initiatives, has gone from strength to strength in promoting interdisciplinary research, bringing the researchers closer together and fundraising for large projects.

“Professor Murray Leibbrandt, has, for instance, partnered with Professor Alan Hirsch to make UCT a key node in the London School of Economics' International Inequalities Institute and he has won the tender for the fifth National Income Dynamics Study (NIDS) from the [South African] presidency,” says Visser.

Being a developing-world university

“One of my rallying cries has been that UCT should strive to be a brilliant example of a developing-world university – and to me that is a university that tackles the big scientific questions of the world, but always also asks what it can do to improve the country and the region in which it finds itself.”

Indeed, UCT's emphasis on socially engaged scholarship has increased over the years and the work of the Knowledge Co-op and the other support for engaged scholarship, spearheaded by Judy Favish, has seen the university move to a new level.

The fact that he could help to steer the university as it consolidated its position as one of the finest places of learning in the world has been a great privilege, Visser concludes.