For every night that a tourist stays over at a high-end game lodge in a remote part of southern Africa, 14 people in the surrounding community benefit indirectly from the income generated by the services offered by the industry. As lodge staff send their remittances back home, the money circulates within these rural communities, helping to grow the local economy.

This is the finding of Dr Sue Snyman, a tourism analyst and economist associated with UCT's Environmental Policy Research Unit (EPRU), in the Faculty of Commerce. “This is the multiplier effect of tourism in remote regions of the subcontinent,” explains Snyman, who has published several papers in the past year on the basis of the findings of her 2013 doctoral thesis.

During her doctoral work, in which she surveyed 16 different eco-tourism lodges in six southern African countries, Snyman found that for every one person employed by these lodges, seven people benefit directly from the downstream flow of that income.

“The staff employed in these sorts of ventures help grow the local economy – by spending their wages at community stores where they do their grocery shopping, for instance,” says Snyman. “Or they drive secondary employment through hiring people for childcare, or to tend their livestock while they work. Or they're sending their children to school.”

The survey, conducted in South Africa, Botswana, Namibia, Zambia, Zimbabwe and Malawi, found that staff were earning, on average, US$278 dollars per month – which flowed to direct dependents, but then also continued to circulate within the local economy, and stimulated other employment opportunities.

Snyman, who works with private tourism operator Wilderness Safaris in various capacities, included some of this organisation's lodges in her surveys.

“If you were to extrapolate the findings from the lodge staff that I interviewed, to encompass all 683 people employed at the places where I did the research, that means that 4 781 people are downstream beneficiaries of those pay cheques.”

“This has a huge economic impact. These wages help to build human capital in rural areas where there aren't many other economic opportunities,” she says.

However, in terms of the development implications of tourism and its potential to help create educational and economic prospects for these far-flung communities, Snyman maintains that it is still important for civil society organisations, the private sector and government to invest in capacity-building within these communities, so that they can become equal and well equipped partners in tourism ventures.

This is key, particularly if tourism ventures want to bring local communities into partnership arrangements in running lodges and concessions.

“If we want people to thrive in businesses like this, we need to be sure we don't try to get local communities to run before they can walk. People need to be trained in bookkeeping, management and accounting. They need to understand the industry; for instance that if someone spends US$400 a night, that isn't a clean US$400 profit; expenses need to be covered first.”  Individuals hoping to work in the sector need to understand the role of marketing and communication, as well. Snyman's observation is that many development projects in this sector don't invest enough in this sort of capacity-building in their development work. 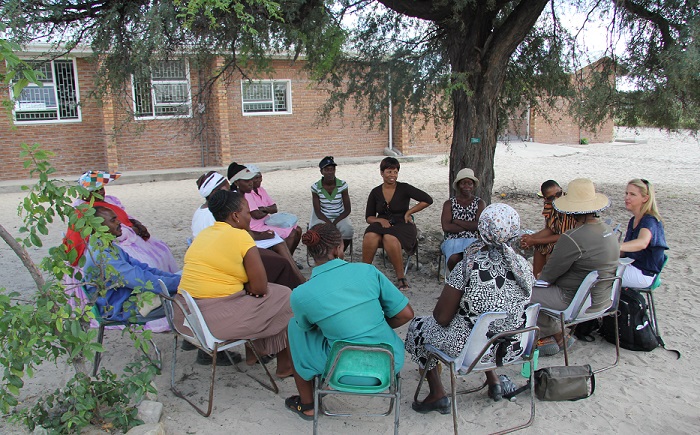 These downstream benefits of tourism can be measured in clear economic terms, but the social, environmental and political impacts are also key to driving 'inclusive growth' for the rural communities getting involved in tourism.

“The term 'inclusive growth' is a relatively new one in the tourism sector,” Snyman explains, maintaining that it has gained traction recently as other terms, such as 'pro-poor', 'responsible tourism' and 'sustainable tourism' have lost their momentum.

“An example of the social benefits would be the improved infrastructure and services that come to an area when, for instance, a new lodge is built. Often, when tourism comes into an area, the roads are upgraded, and mobile phone networks come into the area. Sometimes you even have clinics being built.”

Local residents can also benefit from the education that might come as people are trained up in aspects of tourism, such as lodge management or bookkeeping. Others might benefit from the empowerment that comes with being part of joint ventures or becoming tourism operators themselves.

Inclusion from an environmental perspective could be because land is now conserved, and isn't used for mining or agriculture. There might also be a reduction in poaching as communities see the benefit of conservation, meaning animal numbers might improve.

“If water sources inside a park are well-conserved, that can improve water quality outside the park, where communities extract water from rivers, for instance.”

Sectors need to work together

But tourism in the Southern African Development Community (SADC) is being held back, largely by failures in other sectors. “The problems that operators have with travellers' flight schedules, for instance, originate in the transport sector,” Snyman argues.

Meanwhile, problems such as poor communications originate in the information and communications technology (ICT) arena; and visitor visa hurdles must be resolved by member countries' home affairs departments. These problems with infrastructure, transport, and visas and customs policies are all inhibiting growth in the sector.

Resolve those, Snyman argues, and tourism across the region will take off, bringing with it the potential to meet some of the region's poverty-alleviation and development challenges.

This article was published in Research & Innovation 2015-16.
Read the full report...