The corner of Longmarket and Buitenkant Streets, Cape Town, is a popular public drinking spot in South Africa's largest coastal city. Most days you will find college-going young people, vagrants or passersby relaxing under a tree on this corner. Some of them drinking. The grey concrete bollards patrons sit on tell the story of this place's popularity. 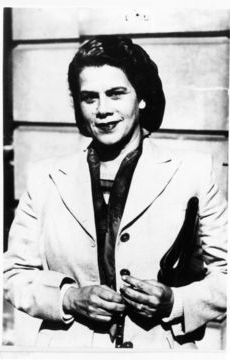 The bollards are a functional public art piece memorialising the role of lawyer, anti-apartheid activist and politician, Cissie Gool in the lives of the poor. Designed by Ruth Sacks, each bollard is inscribed with quotes from legislation for which Gool advocated. A black plaque was added describing the memorial's significance. Would Cissie Gool have approved of its present day popularity? I am not sure. But then again, who are memorials really for? What are they meant to do?

Ahead of its time, the project was intended to make a lasting difference in the heritage sector. This was not about building boring Louis Botha-style, big-men-on-bronze-horses statues. It was about putting up useful artistic memorials that celebrated women, sports heroes, forgotten moments, people and places. By installing memorials and building a website, the Sunday Times wanted to start “making a 100 year commitment to the heritage space in South Africa”, as its then editor, Mondli Makhanya put it.

Ten years on, it seems appropriate to look back and see what has become of the project. Under the custodianship of the South African History Archive, the website remains a wonderful, accessible online teaching tool. But what about the memorials? How have they stood the test of time? A walkabout in Cape Town suggests that while some may be worse for wear or simply no longer there, they continue to enjoy a strange kind of public success.

Sweet chilli, barbecue or dhanya sauce are the condiment options available at the boerewors (a traditional South African sausage) stand operating in the shadow of the Purple Shall Govern Memorial located on the corner of Church and Burg Streets. Conrad Botes, the artist known for the graphic novels, BitterKomix, chose purple graphics on a white background for this information board styled piece. 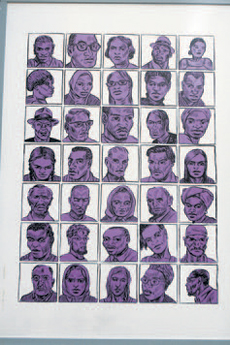 It is in the form of a notice board. The memorial commemorates the events of September 2 1989 when Philip Ivey, an activist with the conscientious objectors group, the End Conscription Campaign, commandeered the dye spraying water cannon of a police armoured personnel carrier, called an Inyala, and sprayed authorities and the surrounding buildings purple. In the days that followed, graffiti appeared across the city declaring “The Purple Shall Govern”.

Today, the memorial functions as a kind of windbreaker for the boerewors stand that makes a roaring trade in this busy part of town. Prominently sited, and in good condition, it does not have the same kind of appeal as the Cissie Gool memorial further downtown though.

The Race Classification Board Benches on Queen Victoria Street are a hit on social media. This area is a hive of tourist traffic, many of whom stop to take a quick photo. Seeing two benches demarcated apartheid style for either “whites only” and for “non-whites only” is bound to provoke this kind of response. This is in part what Roderick Sauls, the artist commissioned for this memorial, had hoped for.

The memorial marks the site of the old Race Classification Board, the building where Capetonians would come to appeal their state-given race classification. This was where commissioners conducted the infamous pencil test, among one of many undignified, unscientific tests to “reassess” applicants. If a pencil remained stuck in a person's hair when they shook their head, they could not be classified as White.

At one point the benches were in a bad state of disrepair, which strangely made them more popular. Perhaps tourists hoped to get a last snap of what appeared to disappearing remnant of petty apartheid? As the New York Times described it in 1985:

Petty apartheid is the practice of segregation in the routine of daily life - in lavatories, restaurants, railway cars, buses, swimming pools and other public facilities.

The oblivion of memory

Some memorials have succumbed to the oblivion of memory. The Sunday Times Heritage Project website shows that a memorial was erected in honour of author and activist Oliver Schreiner along Main Road in the seaside Cape village of Kalk Bay.

Barbara Wildenboer, an artist known for her abstract sculptural work, designed the memorial to be a functional water catcher that collected the rain. A series of metal crosses were placed in the centre of the pond, and were meant to gleam in the bright, salty light of Kalk Bay. The piece was meant to commemorate Schreiner's campaign for the right of all women to vote, represented by the crosses.

But this is also an area of near unending roadworks. For a time the construction company built their make shift offices around the memorial. Ultimately, it did not survive, left worse for wear after. Not long after the construction crews pushed off the memorial was removed. Only a grassy patch remains where the sculpture once stood.

Some commemorative tragedies can lead to better things and not all the memorials have fallen into a state of demise. Madi Phahla was commissioned by Art at Work – run by the late, indomitable Lesley Perkes – to design a memorial dedicated to the black soldiers of the South African Native Labour Corps who died on the ship SS Mendi. It would be put up on lower campus of the University of Cape Town, the last place soldiers gathered before shipping off on their ill-fated journey to England to fight in World War 1.

The Reverend Isaac Wauchope is said to have rallied the soldiers as the SS Mendi sank in thick fog off the English coast, saying:

You are going to die, but that is what you came here to do … Let us die like warriors, the sons of Africa.

Sadly, the artist Madi was murdered in 2007 before his small yet irreverent work “conjuring the prow of a sinking ship” could be finished. Another artist was asked to finish the piece. While marking the soldiers' last parade ground, the piece also doubled as a memorial for the artist.

For years the memorial stood unnoticed on a grass embankment on the lower campus of the University of Cape Town. In 2014 the university stepped in and upgraded the memorial, adding a roll of honour and interpretive material.

Clearly, the Sunday Times' memorials have gained lives of their own, improving or crumbling according to the social conditions around them. Perhaps memorials are meant to work this way, to be changed by the places where they are.