The origin and spread of savannahs is one of the great mysteries of the earth's ecological histories, say botanists. A new study published in Proceedings of the National Academy of Sciences suggests that mammal herbivores played a key role in the spread of these grassy ecosystems.

While savannahs currently cover about one-fifth of the world's land surface, fossil evidence suggests that they did not exist 10 million years ago. What triggered the grass revolution? How did grasses replace the ancient forests of earlier times?

Climate change is one answer, but most savannahs occur in climates that also support forests. Increased fire activity is another possibility. Savannah trees and shrubs are often adapted to withstand frequent fires whereas forest trees are not, and fire suppression can reverse the process causing forests to replace savannahs. By studying the evolution of spiny plants, the paper's authors suggest that mammal browsers are also part of the story.

Visitors to Africa's famous game parks will be familiar with the spiny acacias that shape the landscape.

“Spines are a peculiar defence; the leaves of spiny trees are often favoured by mammal browsers, yet spiny plants remain abundant,” said Charles-Dominique.

The new study analysed the distribution of nearly 2 000 woody species from southern Africa and found that spiny plants are most common in arid savannahs with high densities of mammal browsers. They are rare in humid savannahs on infertile soils and absent in forests. Armed with this information, the authors explored the history of mammal browsers in Africa by using spiny plants as indicators of high herbivory.

“We know something of the history of fire from fossil charcoal, but we do not have good fossil evidence for browser/plant interactions,” said Bond, who is also chief scientist with the South African Environmental Observation Network. “Could we use the evolutionary history of spiny plants to examine whether mammal browsing opened up the ancient forests to savannahs?”

To reconstruct the history of spiny-plant evolution, the study used DNA data for African trees, which was collected by Professor Michelle van der Bank and her team at the University of Johannesburg. In collaboration with Professor Jonathan Davies, an expert in phylogenetic analysis from McGill University in Canada, the team was able to date the evolutionary origins of spines.

“We were shocked to discover that spiny plants only appeared about 16 million years ago – 40 million years after mammals replaced dinosaurs,” said Van der Bank.

For most of this time, Africa was an island continent dominated by now-extinct ancestors of browsing elephants and hyrax. 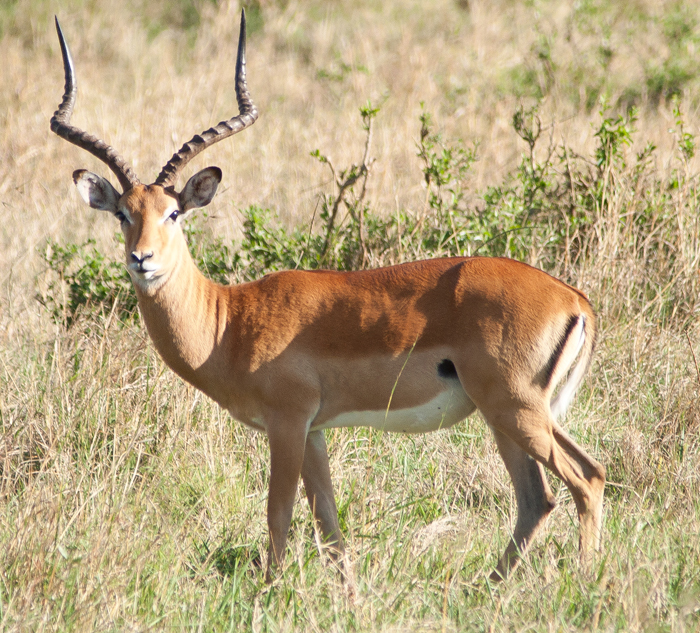 Mammal herbivores played a key role in the spread of the grassy ecosystems. Photo Ross Pollack via flickr.

But in a remarkable example of apparent co-evolution, the diversification of spiny plants coincides with the appearance of antelope. Antelope were latecomers to Africa, appearing only after the continent collided with Eurasia.

Antelope browsed in novel ways and were highly efficient herbivores. This injection of new types of browsers, argue the authors, demolished young forest trees, opening up forests to the grass invaders.

The parallel radiation of spiny plants and the antelope that feed on them initiated the rise of savannahs in the drier and more fertile regions of Africa. Fire only began to roll back the forests to create wetter savannahs several million years later.

One implication of the study, says Muasya, is that the loss of Africa's native browsing antelope may threaten the future of drier savannahs, and lead to their replacement by dense woody scrub of little ecological or economic value.