Rebecca Nana Yaa Ayifah was first inspired to research poverty and income equality in Ghana while working as a field research assistant for The Hunger Project. During this time Ayifah had an encounter with a brilliant young man that left a lasting impression on her. Despite receiving top grades in secondary school, he was unable to further his education due to lack of finances.

This narrative is not uncommon in Ghana. The country is faced with relatively high poverty and inequality as well as limited opportunities and educational facilities.

“This experience exposed me to some of the problems that poor people face and ignited in me the desire to do research into poverty and income inequality and how they can be eliminated,” Ayifah explains.

Born and educated in Ghana, Ayifah completed her primary schooling in Boadua in Eastern Ghana. She then moved to the capital, Accra, where she completed secondary school before beginning her studies at the University of Ghana.

After completing her master's degree in economics, she worked in turn for both the International Food Policy Research Institute (IFPRI) and the United Nations Development Programme (UNDP).

During her work at IFPRI, Ayifah witnessed first-hand how most farmers used their children as unpaid labourers instead of sending them to school. This negative coping mechanism is prevalent in poverty-stricken households.

Ghana has a child labour rate of 22%, which is one of the highest in the world. Of this figure, 80% comes from the agricultural sector. Of these children, Ghanaian girls are the least likely to be enrolled in school and are far more likely to be engaged in unpaid family labour.

Protecting the poor and vulnerable

“I started thinking about what society and the government can do to improve the lives of these people who are socially excluded by poverty and lack of opportunities,” she explains.

“My work at the UNDP made me realise that sometimes it is not enough for governments to increase public investments. Special strategies should be put in place to protect the poor and vulnerable in society.”

Ayifah focused on one such social safety net in Ghana for her doctoral research. The scheme, called Livelihood Empowerment Against Poverty (LEAP), is a conditional cash transfer (CCT) programme.

Following the success of CCTs in certain parts of Latin America, such schemes are rapidly being implemented across Africa.

CCTs like LEAP provide funding to poverty-stricken households. Monthly payments are made on the condition that households make mandatory moves to protect the most at-risk members of their household: orphans, vulnerable children and disabled and elderly persons.

LEAP aims to see to the health and education of children. Children are to be enrolled in school and are not allowed to participate in extreme labour. Newborns must receive postnatal care and full vaccination up to the age of five.

Its recipients are freely registered on Ghana's National Health Insurance Scheme. It also provides finances that may be used to set up businesses and to improve the general health and wellbeing of poor households. 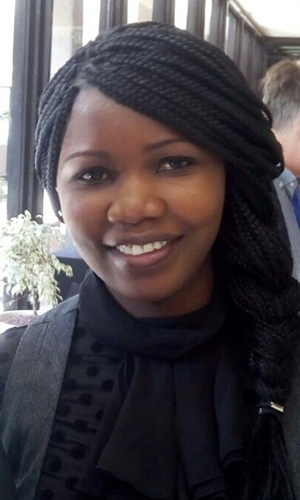 Rebecca Nana Yaa Ayifah has been awarded a grant by the Horowitz Foundation for Social Policy thanks to her PhD work on conditional cash transfer programmes.

Ayifah's research measures the effects of the LEAP programme on children's participation in farm and non-farm work as well as in paid employment. She is also measuring LEAP's impact on enrolment, attendance and test scores at schools.

Unlike other similar CCT programmes, LEAP does not take gender into account, despite the extreme vulnerability of women in Ghanaian society.

“However, to the extent that women are mostly the caregivers of orphans and vulnerable children, the LEAP programme may benefit them indirectly,” explains Ayifah.

This is crucial in a country that is still plagued by gendered inequality. Ghanaian women have difficulty attaining land to farm on, are unable to secure higher paying jobs (which are in short supply) due to limited education and are paid a lower wage.

Research such as Ayifah's could go a long way toward cementing CCT programmes such as LEAP as effective strategies for the alleviation of poverty and child labour.

Ayifah's doctoral research on CCTs is so impressive that she was awarded a grant by the Horowitz Foundation for Social Policy, which focuses specifically on research that has the potential to influence crucial policy change.

“It serves as a form of incentive for me to come out with top quality research that will expand the literature on child labour and conditional cash transfer schemes, as well as impact positively on policies and my country at large,” says Ayifah.